It’s hard not to love Hawaii. Its main island, comprised of five of the largest volcanoes on Earth, has been erupting some of the world’s hottest lava continuously since 1983. Kilauea, the most active, has a spectacular lava lake that sometimes overflows, and constantly spews out fiery streams that dramatically drain into the Pacific Ocean.

Sometimes, these lava flows are so extensive that they solidify and form deltas out to sea as new bits of Hawaiian land. Kamokuna, one of these deltas, decided to collapse into the ocean on New Year’s Eve in a rather spectacular fashion.

The cooling but still extremely hot lava flows there sank beneath the waves simultaneously. This released a lot of steam, which caused a fair few glorious explosions. Large, highly acidic ash plumes quickly rose from the pandemonium, and air travel in the region was shut down temporarily as a safety measure.

The immediate aftermath of the collapse. Big Island Video News via YouTube

National Park Rangers managed to close off the area quite quickly, but a few daring visitors snuck under the safety cordon and rushed seawards to get a better view of the disintegration of Kamokuna. Ranger Travis Delimont and a co-worker chased after them and turned them around just in time to witness the section they were standing on tumble into the ocean mere minutes later.

“It was a really close brush with death for them,” Delimont said, as reported by the US National Park Service. “Luckily, they finally listened to us and turned around in time.”

It wasn’t long before additional lava made its way to the area. ABC News was shown some spectacular footage of a “firehose” of lava gushing into the sea just where the delta used to be. If this flow increases, it may be able to rebuild a new version of the Kamokuna delta.

Hawaii is experiencing a resurgence of volcanic activity as of late. In the summer of 2016, lava flows emerging from Kilauea were so extensive that they consumed a fair few forests on the island, and plenty of public viewing areas were closed as a precaution.

The morning after. Big Island Video News via YouTube

Moving at around walking pace, these flows average at temperatures of around 1,100°C (2,010°F). When cooling slowly, they tend to form stringy “pahoehoe” deposits. If they cool more rapidly or build up on top of each other, they freeze into crumbly, jagged lumps called “a’a.” Both types were present at the delta before its collapse.

Powered by an upwelling, wonky plume of superheated mantle material, Kilauea is the current center of volcanism on Hawaii. However, the youngest volcanic feature is an underwater baby volcano called Loihi. This “seamount” is slowly effusing lava, and will rise from the sea as a new island around 10,000 to 100,000 years from now. 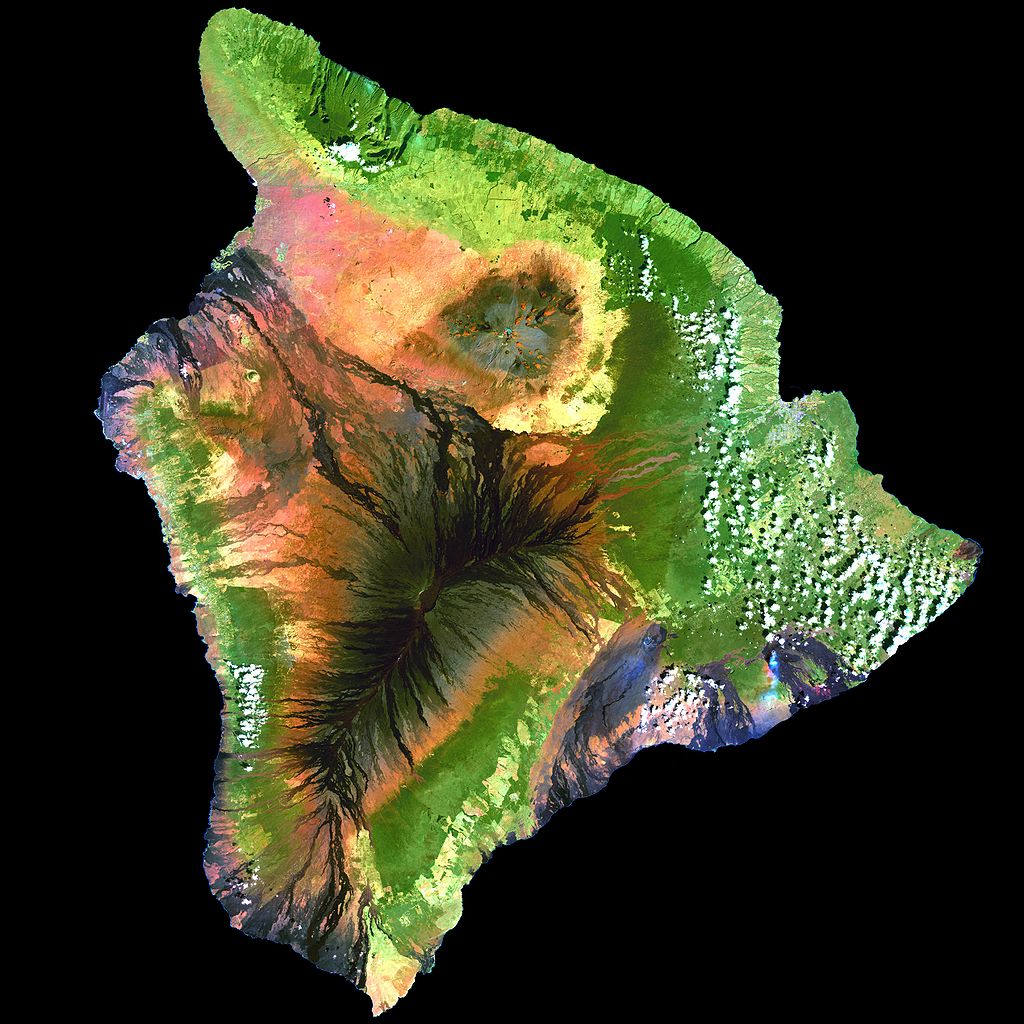 The beautiful Big Island of the State of Hawaii. NOAA