The US Fish and Wildlife Service released its Polar Bear Conservation Management Plan (CMP) yesterday to mixed reactions. Some applauded it for its carefully considered actions, while others suggested it wasn’t prepared to tackle the bears’ biggest threat: climate change.

The report outlines actions that will help the bears’ survival in the wild in the short-term, while also acknowledging that the primary threat to polar bears – the rising temperatures in the Arctic – will entail longer-term actions.

“This plan outlines the necessary actions and concrete commitments by the Service and our state, tribal, federal and international partners to protect polar bears in the near term,” said Greg Siekaniec, the service’s Alaska regional director, in a statement. “But make no mistake; without decisive action to address Arctic warming, the long-term fate of this species is uncertain.”

The CMP will focus on the two known subpopulations of bears that live off the coast of Alaska. With input from government agencies, scientific experts, and Native Alaskan communities, the plan calls for collaboratively managing subsistence harvesting, protecting known dens, minimizing the risk of contaminating habitats from oil spills, and reducing human-animal conflict.

Polar bears are the largest land carnivores in the world, with an estimated population between 22,000 and 25,000 across the Arctic, including Alaska, Canada, Norway, Greenland, and Russia. They rely on sea ice to roam, catch prey such as seals, and raise their young.

They were also the first species to be declared endangered directly due to climate change back in 2008, and with the rapid loss of sea ice due to the Arctic warming twice as fast as the rest of the world, their plight hasn’t let up since. 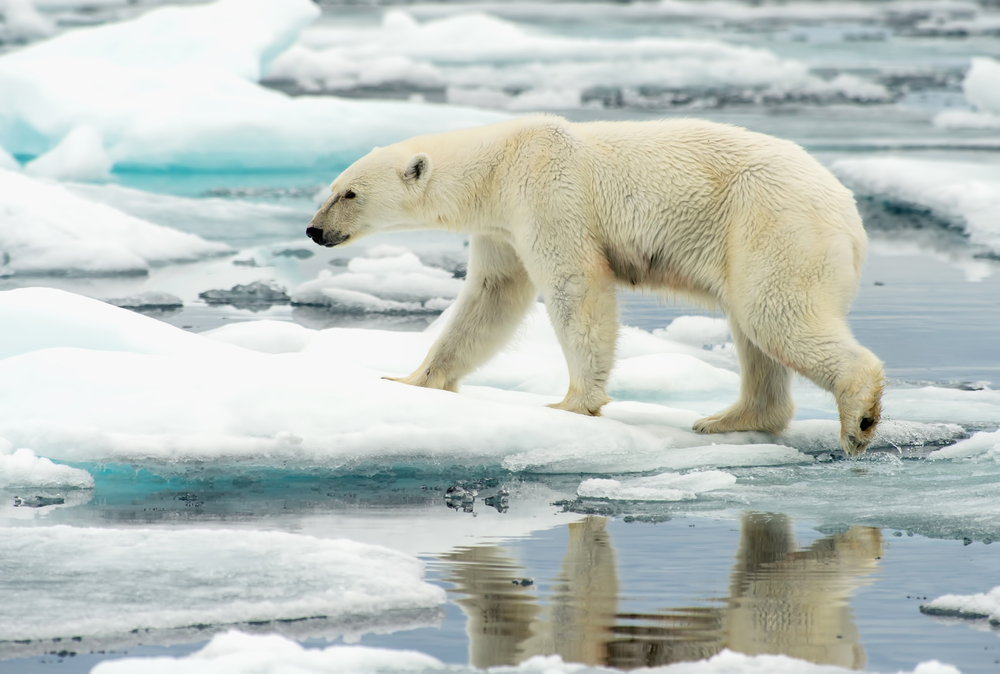 Though the plan admits the fate of the bears depends on “our willingness and ability to address climate change,” critics have pointed out that despite the plan calling out greenhouse gases as the primary threat to the bears, it also appears to acknowledge it will take no direct action against it.

Under the “Conservation Strategy” heading, the CMP states: “This plan outlines actions the U.S. Fish and Wildlife Service and its partners can take to preclude these [dangers] from threatening the persistence or recovery of polar bears while the global community works to address and limit atmospheric levels of greenhouse gases.”

The WWF has released a statement praising the CMP: “The plan shows the complexity of what it means to truly protect America’s most iconic Arctic species. It addresses the things we need to consider in near term and rightly highlights that climate change mitigation is the most important action needed to secure polar bear populations,” said Elisabeth Kruger, Arctic program officer and polar bear expert. “In the end, the polar bear’s viability will ultimately come down to how aggressively our planet addresses the climate crisis.”

However, speaking to the Guardian, Shaye Wolf from the Centre for Biological Diversity argued that the plan doesn’t actually address the problem, explaining that the agency's job is to outline all the steps needed to ensure polar bears’ survival. “It acknowledges the problem but fails to put the solution in the core strategy for the bear,” she said.