Vets in Kansas are currently celebrating after they pulled off their first-ever surgical implant of a pacemaker into a ferret. It’s a great example of bizarre veterinary surgery and, most importantly, it makes an absolutely incredible X-ray.

Zelda the 4-year-old ferret underwent the pioneering surgery at Kansas State University's Veterinary Health Center in January. Just before Christmas last year, Carl Hobi noticed his ferret was off her food and appeared to have no energy. Preliminary examinations showed she had a low heartbeat, which was caused by a third-degree block in her heart, also known as a complete atrioventricular block, where there’s no transmission of electrical pulses between the chambers of the heart.

"We performed an echocardiogram, EKG, and chest X-rays, which demonstrated Zelda was a good candidate for pacemaker implantation," Justin Thomason, a veterinary cardiologist who operated on Zelda, said in a statement. "As with a human patient, this condition called for the implantation of a pacemaker to help increase Zelda's heartbeat and provide her a good quality of life." 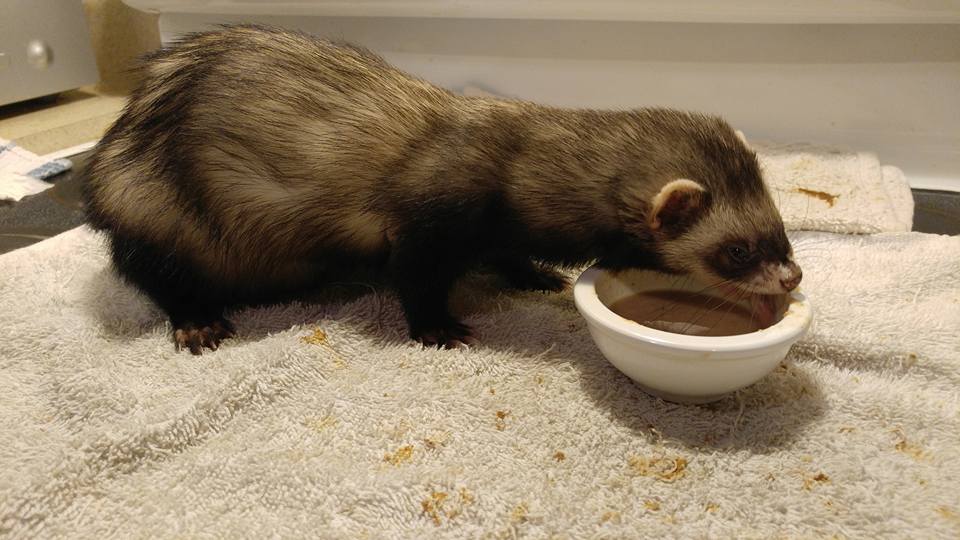 The pacemaker is actually the same type they would use in humans, except it has modified leads to cater for her extra-small veins. The implanted device simply uses low-energy electrical pulses to prompt the heart muscle to beat at a normal rate.

Once they had the pacemaker specially adapted and got the OK from Carl, they went ahead with the fiddly surgery. Zelda was released just two days after the operation and should hopefully now enjoy a normal ferret lifespan.

The hospital says that this is the first time they have ever implanted a pacemaker in a ferret, however other institutions have done it in the past.

“This was the first time I had ever performed this particular procedure on a ferret, although I have performed it on dogs before," Dr Klocke, clinical associate professor of small animal surgery, said. "I was very concerned about how small our patient was and whether I could successfully suture the pacemaker leads to her beating heart without causing severe bleeding. Our anesthesia service, led by Dr. David Rankin, was very instrumental in the success of this procedure."