Scientists have detected a record-breaking lightning bolt that was 321.1 kilometers (199.5 miles) in length, roughly the distance between New York City and Washington D.C. It streaked across the skies above Oklahoma back in 2007, and the World Meteorological Organization (WMO) has just officially recognized it as the longest single flash of lightning ever recorded.

At the same time, they also confirmed another record. Striking over southern France in 2012, a lightning bolt managed to sustain its connection between the ground and the heavens for a whopping 7.74 seconds. The average duration is just 0.2 seconds. The Oklahoma bolt itself was no shrinking violet, having lasted for an impressive 5.7 seconds. Sadly, though, there's no imagery of video of either.

In any case, both lightning bolts were so prolonged that the WMO have changed their definition of what a lightning strike is. Originally, it was described as a “series of electrical processes taking place within one second,” but the last three words have now been replaced by “continuously”.

It’s not yet clear how the strike over France was able to last roughly 39 times as long as the average bolt. To be fair, it’s shocking (sorry) how much science still doesn’t know about what causes lightning in the first place. Despite there being roughly 40 to 50 lightning strikes per second on Earth, meteorologists don’t have enough data yet to truly understand these iridescent phenomena. 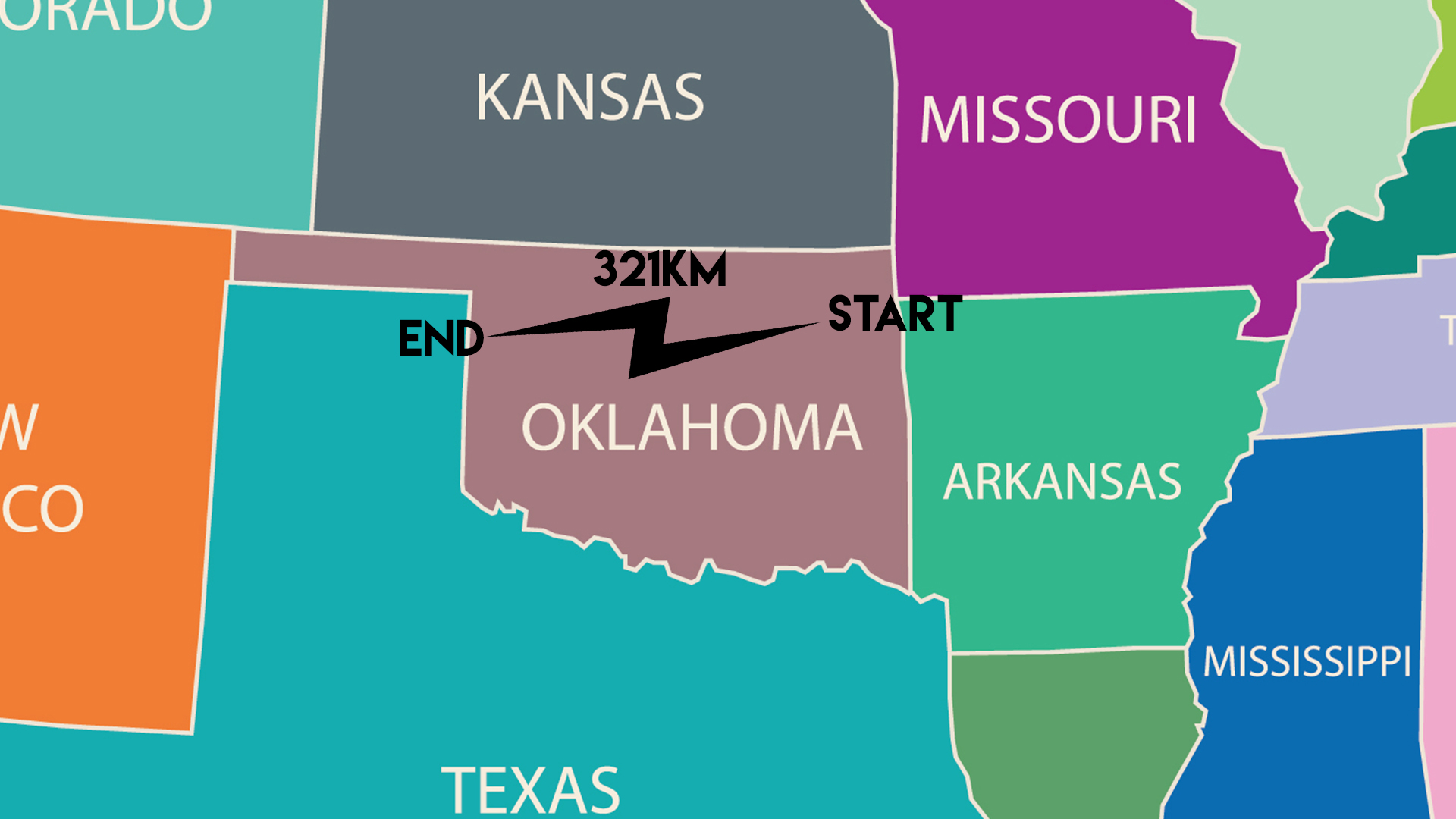 The path of the longest ever lightning bolt. Made using data from the research. Tom Rourke/IFLScience

“It is possible, indeed likely, that greater extremes can and have occurred,” the new report in the Bulletin of the American Meteorological Society points out. It’s all a matter of whether or not they’ve been caught on camera.

Both record-breaking flashes may have taken place in Mesoscale Convective Systems (MCSs). These are a complex of nested thunderstorms that amplify each other on a scale larger than individual thunderstorms, but not quite as much as seen within extratropical cyclones, hurricane-like swirls that take place outside the tropics. It’s possible that the most extreme lightning occurs during MCSs.

Generally speaking, lightning occurs at altitudes where the temperature is below water’s freezing point. A mixture of hail, supercooled water droplets, and ice crystals exist at these heights, all with various electrical charges. When an updraft occurs, and these particles move around chaotically, a charge differential appears, and a lightning bolt appears to transfer charge between two regions to balance this out.

The most common kind of lightning strike by far are the negative cloud-to-ground flash types. As a leader of negatively charged particles rush towards the ground, the ground becomes relatively positively charged.

This allows an upward stream of positive charge to emerge from tall, elongated structures like skyscrapers or wind turbines. Ultimately, the positive and negative streams meet about 50 meters (164 feet) above ground.

This connected circuit allows the far more energetic negative charge to flow back down towards the ground, and we see it as a lightning bolt. According to the WMO, each bolt is at a temperature of nearly 30,000°C (about 54,000°F), and causes a huge spike in local air pressure (roughly 10 atmosphere’s worth) that we hear as thunder. 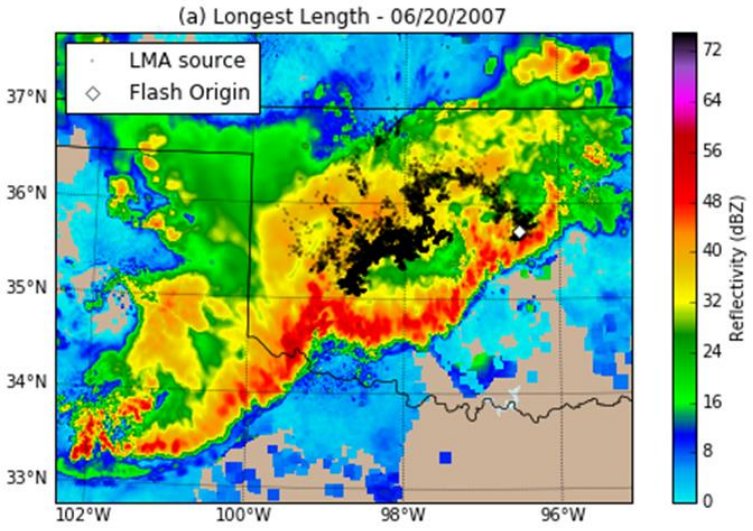 A reflectivity map of the Oklahoma bolt. The black region represents the highest reflectivity region, which roughly corresponds to the bolt itself. AMS

This is all well-known, but there are some varieties of lightning we know very little about. Volcanic lightning in particular is still highly mysterious, and it’s not clear what causes it or even which part of the eruption it originates from.

Some lightning is even known to strike from the ground upwards, and on a certain ice giant exoplanet, thunderstorms that cover the entire planet can be so energetic that we can detect them a ludicrous 122 light-years away.