Today is a bad day for planet Earth. We've just reached Earth Overshoot Day, the date by which humanity has used up its yearly "allowance" of Earth’s natural resources – and it's earlier than it has ever been before.

Global Footprint Network (GFN) is the think tank behind Earth Overshoot Day. Each year, they work out the day in the year where humanity’s demand on nature exceeds what Earth can regenerate in that year. It’s all worked out with 15,000 data points per country from datasets from the United Nations and recent scientific literature.

Using this information, they then simply divide the ecological resources Earth is able to generate that year by humanity’s annual demand. The figures suggest that humans will consume 160 percent of Earth’s total annual capacity by the end of the year.

As GFN explains in a statement: “We emit more carbon dioxide into the atmosphere than our oceans and forests can absorb, and we deplete fisheries and harvest forests more quickly than they can reproduce and regrow.” 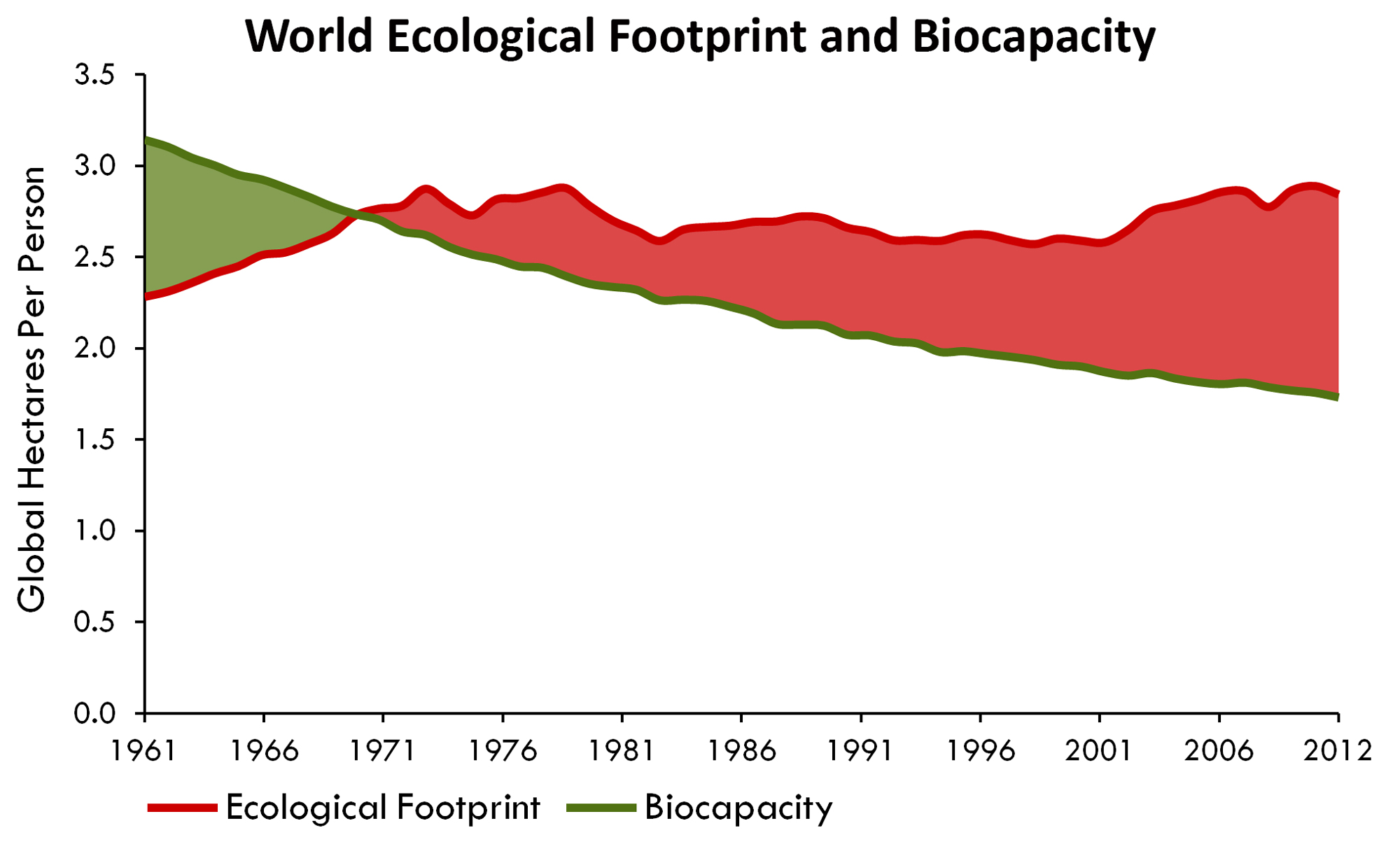 The balance between our biocapacity and our ecological appetite had a turning point around the late 1960s. Global Footprint Network.

However, it’s not all doom and gloom. The rate at which Earth Overshoot Day has edged backwards has slowed over the past five years. During the early 1970s, the day was falling backward an average of three days each year, but it has now slowed to less than one day a year.

“The Paris climate agreement is the strongest statement yet about the need to drastically reduce the carbon Footprint, the largest contributor to Earth overshoot. Ultimately, collapse or stability is a choice,” Mathis Wackernagel, co-founder and CEO of Global Footprint Network, said in the statement. “We forcefully recommend nations, cities and individuals take swift, bold actions to make the Paris goals an attainable reality.”