There’s no competition – the weirdest volcano in the world is definitely in Tanzania. Named Ol Doinyo Lengai – meaning “Mountain of God” in the local Maasai language – it erupts lava so cool that someone once fell into it and survived.

Its lava erupts at temperatures never exceeding 510°C (950°F), far below the minimum for basalt (1,000°C/1,832°F), one of the most common lava types on the planet. It’s so cold in fact that it’s almost always black, as there’s not enough heat radiating away from it to make it look red.

Back in 2007, during part of an expedition, a local Maasai porter fell into one of these active lava flows in the crater. He actually managed to climb out, although one of his arms and both of his legs were severely burned and he had to be hospitalized. As horrifying as this is, as far as anyone can tell he is the only person to have fallen into lava and survived.

Its viscosity, a measure of how “gloopy” it is, is also incredibly weird. Thanks to the lack of framework-making molecular chains of silica, this weird lava flows like water, creating meandering “rivers” and pouring down slopes with ease.

The weird and wonderful Mountain of God. Photovolcanica via YouTube

Most lava flows across a flat plateau at speeds rarely exceeding 10 kilometers per hour (about 6 miles per hour), meaning that it’s not difficult to simply step out of its way. Ol Doinyo Lengai’s lava can easily outpace a human’s running pace – so it’s a good thing it rarely undergoes a powerful, voluminous eruption.

The type of lava effusing from this distinctly alien edifice is known as a “carbonatite.” Unlike most lavas, which are based around silica and oxygen, this contains a lot of alkali elements – calcium and sodium, mainly – along with a lot of dissolved carbon dioxide. This particular lava is so sodium rich that it’s a “natrocarbonatite.”

The melting point of all of these molecular chains is far lower than that of any silicate lavas, which is why it erupts so coolly. This combination means that, on occasion, fire fountains of black lava streak into the sky, freeze in mid-air, and shatter into pieces that drift away in the wind.

This volcano exists at the point at which the African continent is tearing itself apart, and the hellish mantle is rising up to fill the gap. There are actually a few places around the world that have carbonatite lava, although a third of all carbonatite volcanoes exist in the East African Rift.

It’s unclear why this particular combination of elements are so prevalent at Ol Doinyo Lengai, but the leading theory is that a conventional magma became so enriched in these elements that they separated off and could no longer mix properly – like oil and water – and a new magma type was born.

This particular volcano didn’t always erupt weird carbonatite lava either, but for modern humans, it’s actually a good thing that it does. As pointed out by Wired, this lava type contains plenty of rare earth elements, which are a vital component of modern electronics.

In fact, this volcano is fairly unthreatening, even when it erupts explosively and produces an ash plume. The most recent occurred in 2008, and it didn’t cause too much trouble. Actually, being around 370,000 years old, it’s actually proving to be quite useful for archaeologists.

Plenty of ancient humans and even some of our evolutionary ancestors have long wandered around this volcano. Whenever it erupts explosively, ash litters the landscape, hominids walk on it, and their footprints are often preserved for all eternity. 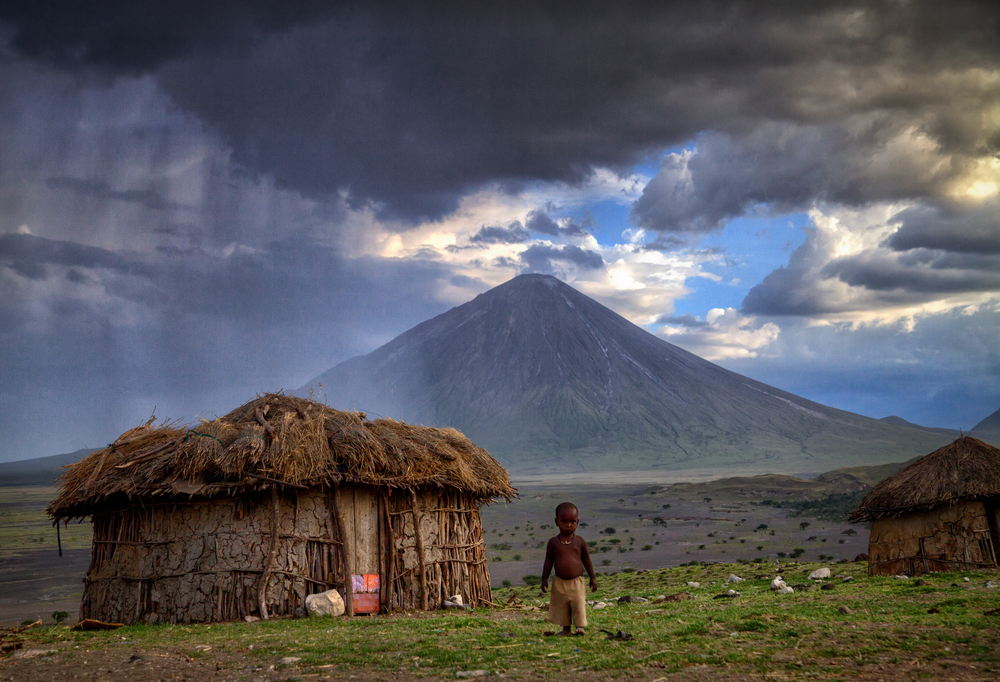