Once again revealing how little we know about what lies beneath our feet, a new study in the journal Science Advances has declared that a threatening fault in the San Francisco Bay Area is connected to another. Unfortunately, this means that the two could rupture simultaneously, creating a more powerful earthquake than many would have anticipated.

The particularly dangerous segment is known as the Hayward Fault, which runs under many densely populated neighborhoods just east of San Francisco. New seismic data gathered by the US Geological Service (USGS) indicates that it is linked to the Rodgers Creek Fault.

Although closely spaced faults can indeed set each other off, this new physical connection means that it’s far, far more certain to be the case. The newly identified network makes up a cumulative total of 190 kilometers (118 miles), which puts over 2.4 million people at risk.

The Hayward Fault last ruptured on October 21, 1868, with a magnitude of around 6.8. With the amount of stress building up in the region year-on-year with no chance of it stopping, it is inevitable that it will rupture again – most probably within the next 30 years.

This new study indicates that the two conspiring fault lines will eventually unleash a 7.4M or above tremor that will hit Berkeley, Oakland, and San Jose. “This should be a reminder that folks in the Bay Area need to be prepared for a major earthquake,” lead author and USGS geophysicist Janet Watt told the Associated Press.

It is important to point out that this double-trouble quake won’t even be what many refer to as the “big one”.

This ominous moniker refers to the earthquake that will be triggered by the rupture of the infamous San Andreas Fault. The last time the southern section of it let loose was in 1857, when a staggering 360 kilometers (224 miles) of it fractured at a shallow depth, causing a 7.9M quake to persist for three terrifying minutes. 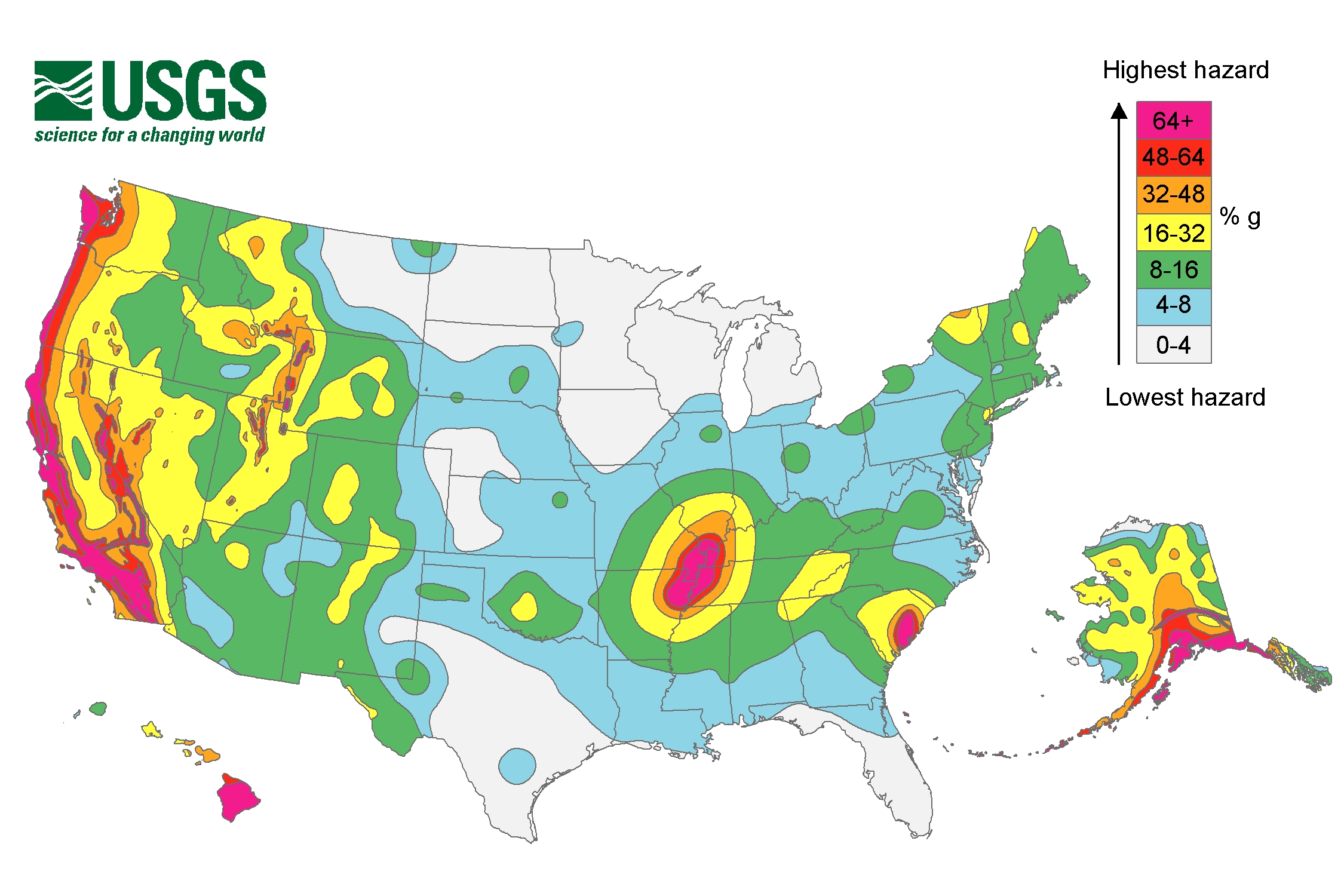 A hazard map of the US in terms of earthquake potential. Hazard is calculated in terms of likelihood of a near-future earthquake and its likely magnitude. USGS

One segment near the Salton Sea hasn’t made much noise since as far back as the 17th century. Recent earthquake swarms in the region raised the chance of a massive rupture to just 1 in 100, but these odds have since dropped off again.

Stress, however, continues to accumulate, on this fault and all others in the region. They are all priming themselves for quite the show.

Make no mistake – San Andreas is, as one seismologist put it, “locked, loaded and ready to go,” and the so-called big one, involving one or multiple faults, is right around the corner. When it happens, it is likely to generate a 8.0M quake that will destroy a significant portion of the coastal Northwest. In addition, Los Angeles, a city of nearly 4 million people, will be transformed into a state of complete disrepair in mere seconds.