Tropical cyclones – also known as hurricanes or typhoons, depending on where in the world they appear – are often used as a powerful visual symbol of man-made climate change. The basic science makes sense; they’re essentially fueled by warm water, so the more the world warms, the more powerful and long-lasting they will likely be. As a new review paper in the journal Science points out, this trend hasn’t been conclusively observed just yet, but it will be in the near future.

There are two reasons that more powerful cyclones have yet to become a detectable, normal occurrence. Firstly, the warming effect of greenhouse gases, when it comes to cyclones, is being masked in part by the sunlight-reflecting effect of air pollution. Secondly, cyclones are relatively rare. The world averages at 90 per year, and this isn’t enough to provide climatologists with sufficient data just yet to accurately work out how powerful they are compared to a few decades ago.

“The fact that global warming's fingerprints don't yet jump out at us when we look at hurricanes isn't surprising – it's what current science tells us we should expect,” said lead author Adam Sobel, a professor at Columbia University's Lamont-Doherty Earth Observatory and School of Engineering, in a statement. “The same science tells us that those fingerprints will show up eventually in more ultra-powerful storms.”

Sobel’s team of researchers examined a wide range of published, peer-reviewed tropical cyclone studies in an attempt to clarify why they haven’t become significantly more powerful, despite the oceans showing distinct overall warming.

Computer models, counterintuitively, suggest that the total number of cyclones should decline in a warming climate, but those that do form should be far more powerful, particularly at the margins of the tropics in the Atlantic and Pacific. Coastal flooding will worsen as sea levels rise, thanks to disintegrating ice caps and a phenomenon known as thermal expansion.

Although there is evidence that this is occurring, with some recent hurricanes beginning to break records for intensity, the trend cannot yet be conclusively identified. The most up-to-date data suggests that this is strongly linked to the presence of air pollution. 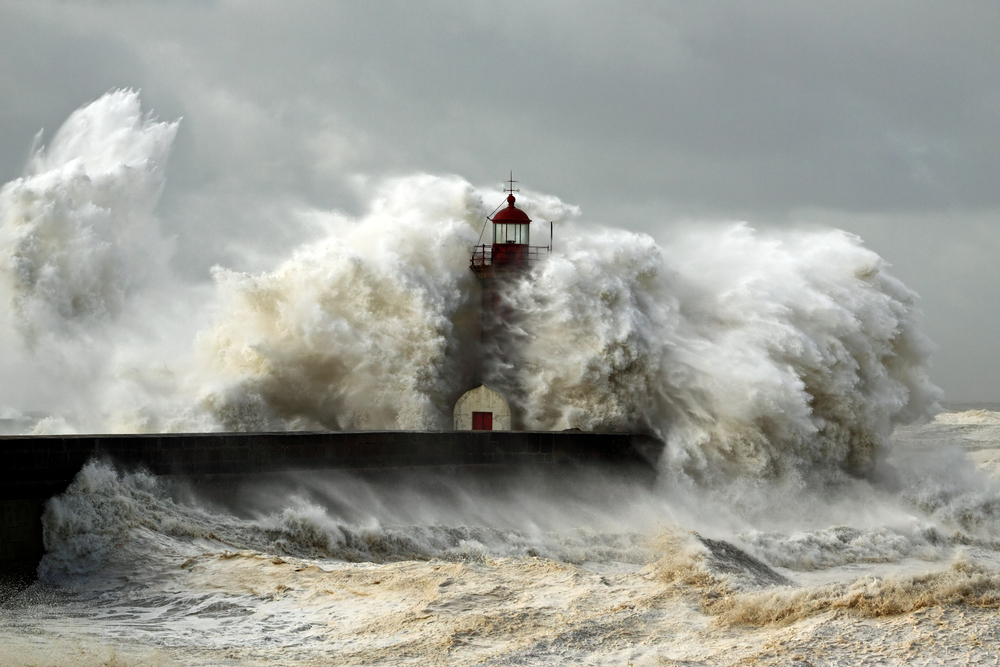 Air pollution can often be described as an aerosol, a suspension of particles dispersed in gaseous form. Aerosols, like sulfur dioxide, are released in massive quantities by both industrial processes, transportation, and volcanic eruptions. They serve to scatter and reflect incoming solar radiation back into space, which produces a small global cooling effect.

In any case, this just appears to affect the power of cyclones – greenhouse gases have been increasingly warming the world for some time now.

We can clearly see this across a range of environments, from the atmosphere to the oceans and from the cryosphere to the biosphere. Even with the Paris agreement enforced by all signatories, the most likely scenario is that global temperatures will actually rise by 2.6 to 3.1°C (4.7 to 5.6°F) by 2100 – and cyclones will become more powerful as a result. 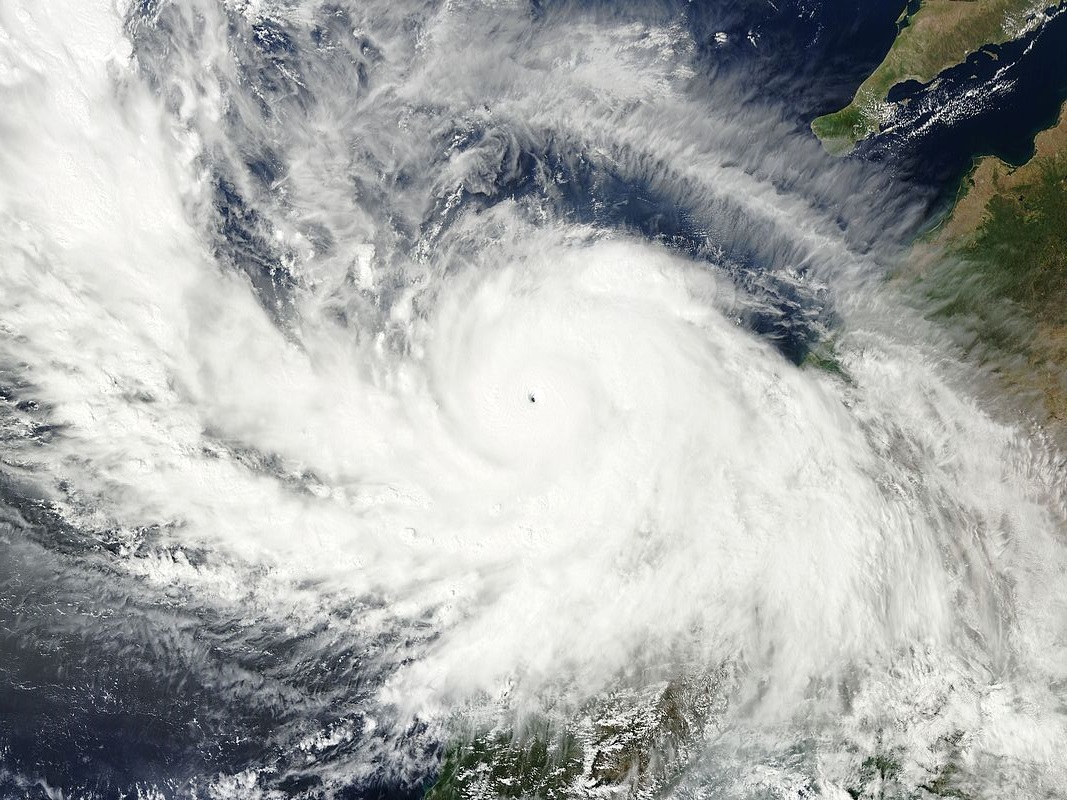 Hurricane Patricia, one of the most intense cyclones since records began, shortly after reaching peak intensity on October 23, 2015. A harbinger of things to come? NASA