Several thousand snow geese have been found dead after taking a pit stop on a Montana mine contaminated with high levels of acid and heavy metals.

The piles of dead snow geese were spotted early last week in the abandoned Berkeley Pit mine of Butte, Montana. The nearby area has also been scattered with carcasses around parking lots and roadsides. Using drones, telescopes, and people on foot, officials began counting up the death toll last week, which could be upwards of 10,000 snow geese, local news Billings Gazette reports.

Mark Thompson, environmental affairs manager for mine company Montana Resources, told the Associated Press that the scene was like “700 acres of white birds.”

The geese were migrating down from the Arctic through the Central Flyway, a bird migration route that crosses over the Great Plains in the US. When they stopped for a break in Montana on this marathon journey, many of the lakes and ponds they usually pick where frozen over, most likely because the warming temperatures of their Arctic habitat allowed them to stay later into the season than usual. So the flock headed to a nearby water body located in an abandoned mine, where they drunk and floated in its toxic wastewater, which is high in sulfuric acid and contaminated with heavy metals. 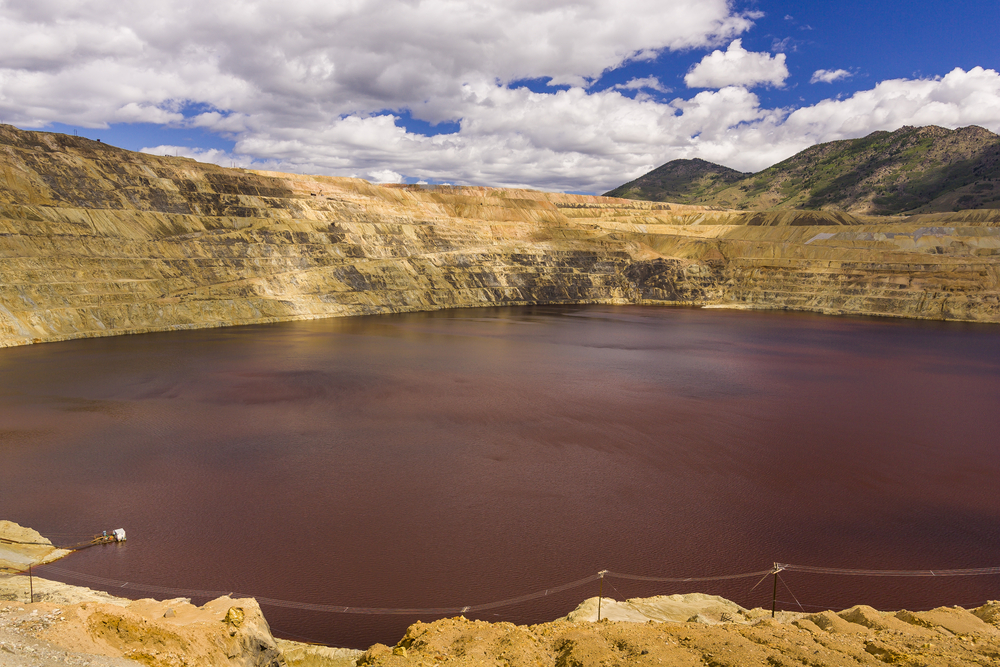 The Berkeley Pit mine of Butte, Montana in 2004. Rob Crandall/Shutterstock.

The Environmental Protection Agency said that fines could be dished out towards the mine company for negligence.

The toxic waters of the mine have been a hotspot for migrating geese before and each year the odd dead goose is found floating in the waters. Twenty-one years ago, 342 geese were found floating in there. Necropsies of these geese showed that they had extremely high levels of heavy metals in their kidneys.

Since then, the area has employed numerous techniques to ward off the geese, such as spotlights and noise makers. However, just by sheer volume, this year’s snow geese visit appears to have overwhelmed them.

“I can’t underscore enough how many birds were in the Butte area that night,” Thompson added. “Numbers beyond anything we’ve ever experienced in our 21 years of monitoring by several orders of magnitude.”