As it stands, the Paris agreement has been ratified by 111 parties, representing 77 percent of total greenhouse gas emissions. So how is each country doing when it comes to saving the world?

As reported by the Guardian, an assessment of 58 of them – led by advocacy collectives Climate Action Network Europe and Germanwatch – found that it’s pretty bad news if you happen to live in Australia. The desert continent comes in at number 59, just above Kazakhstan.

The rankings were based on each country’s current emissions levels, how they have changed over time, their use of renewables, their energy efficiency, and their current climate policy. They can be seen in full here.

The top 10 highest-scoring nations are as follows (note: As in all past editions, places 1 to 3 are empty because, again, no country has done enough to prevent the dangerous impacts of climate change):

The top 10 lowest-scoring nations, are as follows: 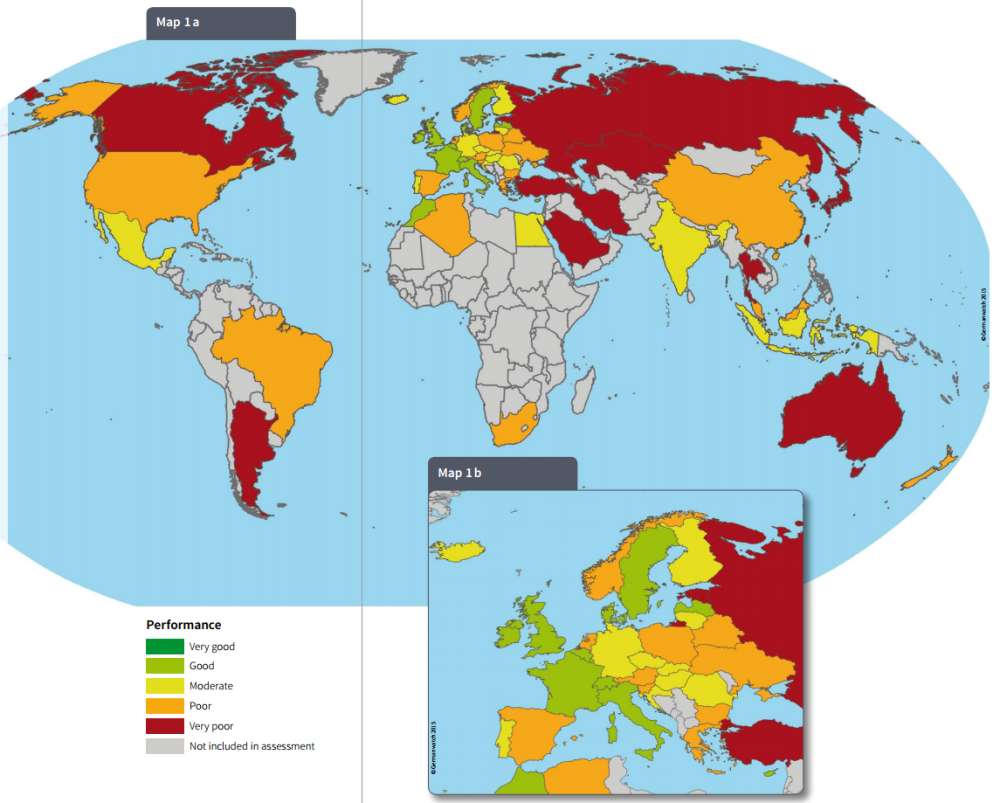 The new Climate Change Performance Index (CCPI) rankings for 2016. Europe is doing better than most. CAN/Germanwatch

As a major player in world affairs, Australia really should be doing more to send out an environmental message. Although its Prime Minister Malcolm Turnbull just last week announced that the federal government has formally ratified the Paris agreement, the ruling government seems to be pretty lackadaisical when it comes to climate change.

The PM’s Liberal Party has previously shown hostility towards emissions-cutting targets and renewable energy investments. Its recently deposed leader, Tony Abbott, implied in an interview that environmentalism could lead to socialism.

The report points out that “To enter the pathway to decarbonisation, it is crucial to phase out coal as the dirtiest energy source.” Australia, which is still heavily investing in digging up coal, sticks out like a sore thumb in this regard.

On the other hand, European nations are actively eschewing it. In fact, plenty of major nations across the world have begun ditching coal, as have insurance companies, conglomerates, and even some fossil fuel industry figureheads themselves. As renewables become cheaper and more commonplace, the expense and risks of coal are simply not worth the time and effort anymore for many.

These rankings clearly show that, above almost everyone else, Europe is trending towards a clean energy future. If anything, its resolve appears to have been strengthened, not weakened, following the shock US election results.

Key European figures have spoken about imposing a carbon tax on all imports from the US should Trump withdraw from the Paris agreement. France and the UK will not include coal as part of their energy mix by 2023 and 2025, respectively. The UK has itself just ratified the Paris agreement. Germany wishes to cut its emissions by 95 percent by 2050.

However, despite Europe’s trend of continuing the rejection of fossil fuels, the authors of the rankings report note that the complex and conflicting political narratives playing out there may endanger its position as a forerunner on climate change mitigation.

“While the EU struggles to find its position on various issues and is losing its leading position in climate protection, other countries are stepping in,” they note. “The most positive dynamic of high-emission countries we see in China.”

China, featuring a coal slowdown and a renewable energy boom – as well as being one of the two foundations of the Paris agreement – looks set to be the world leader in the fight against climate change. It’s recently had to confirm that the phenomenon is not, as the US President-elect once said, a Chinese hoax. 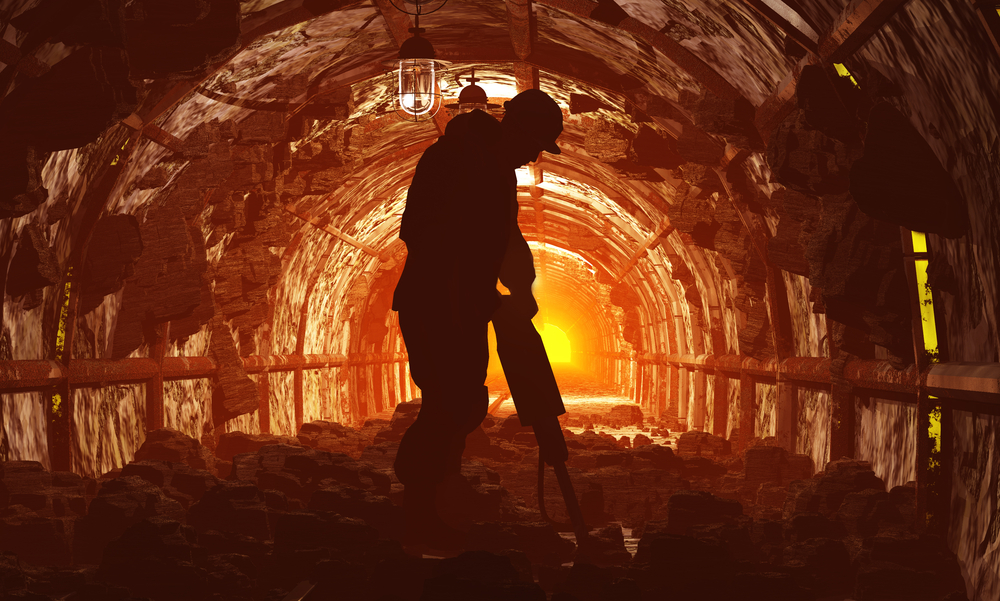 Thanks to science and market forces, coal's on its way out. iurii/Shutterstock