Australia is known for its seemingly unending array of things that can kill you, but the deadly spiders and snakes that inhabit the island today are nothing compared to some of the ancient beasts that once ruled Down Under. According to a new study in the journal Gondwana Research, the waters around Australia may once have been full of enormous sea scorpions measuring 2.5 meters (8 feet) in length, all vying to be the apex predator.

Known as Eurypterida, these ferocious beasts were the largest marine predators ever to appear in the fossil record, and are believed to be the ancient ancestors of modern scorpions and other arachnids. Living during the Paleozoic Era – which lasted from 541 million to 252 million years ago – these now-extinct creatures varied greatly in size, with some no more than a couple of inches long.

Until now, little research had been conducted into the presence of Eurypterida in Australian waters, with the majority of specimens recorded in the scientific literature having been found in the Northern Hemisphere. The most famous of these is a 46-centimeter (18-inch) claw belonging to a member of the species Jaekelopterus rhenaniae, which is believed to be the largest sea scorpion ever to have lived. 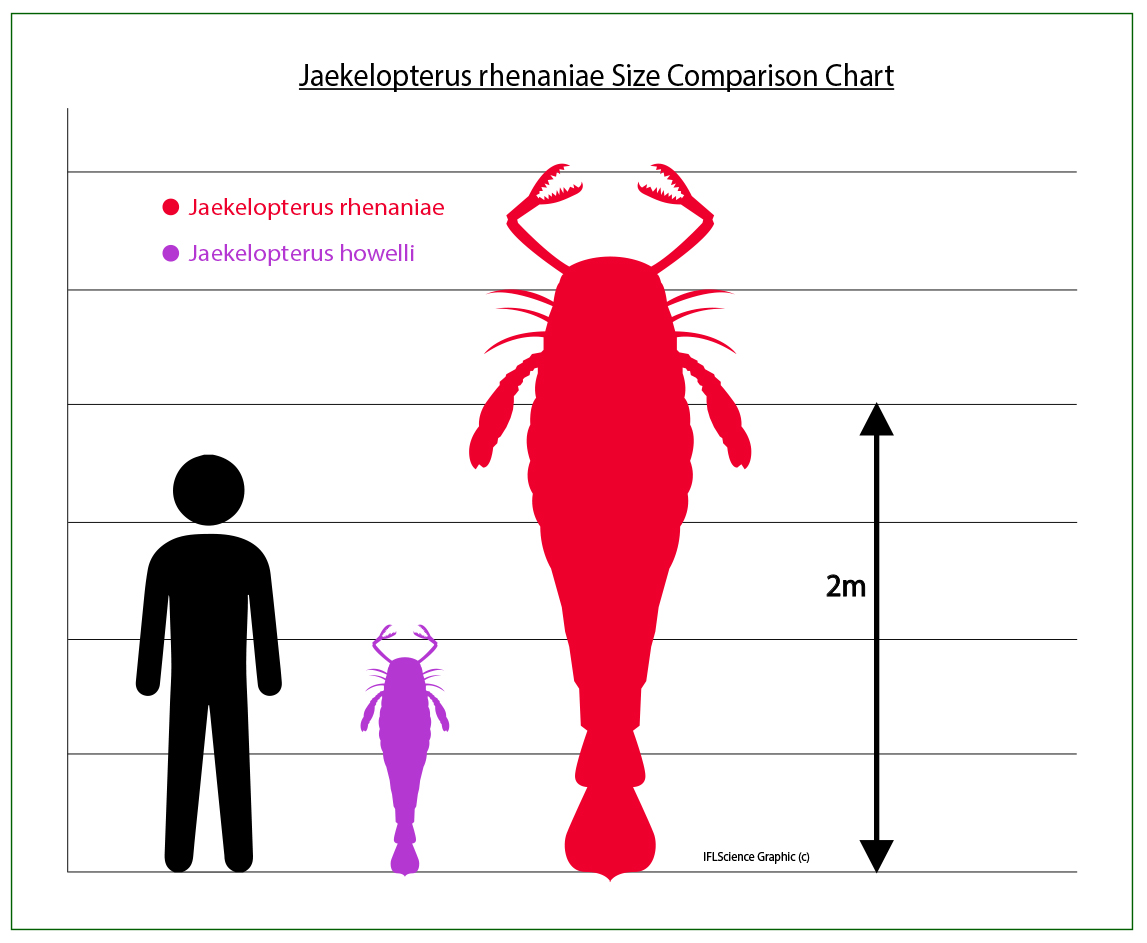 To investigate whether or not these terrifying predators inhabited the ancient supercontinent of Gondwana – the remnants of which now make up Australia, New Zealand, India, Antarctica, and parts of Africa and South America – the study authors analyzed every specimen they could find in Australian museums.

In doing so, they discovered that the seas around Australia were once full of these sea scorpions, predominantly belonging to the Pterygotidae family, which comprises all the largest species, including J. rhenaniae.

A total of six different groups of Eurypterida were found, with the only complete specimen measuring just 5.7 centimeters (2.2 inches) long. However, the fact that most of the sea scorpions were of the gigantic variety is perhaps to be expected, as the researchers note that only the biggest and strongest would have been able to disperse towards Gondwana.

While scientists aren’t entirely sure what Eurypterida ate, it’s likely that they used their enormous claws to grab their prey before crushing it between teeth-like structures on their legs known as gnathobasic spines.

The Paleozoic Era saw a huge proliferation of life on Earth, and witnessed the emergence of the first arthropods, fish, and mollusks. It ended with the Permian–Triassic extinction event that resulted in 95 percent of all organisms being extinguished. For those sharing their habitat with these enormous sea scorpions, this probably came as something of a relief.

Dogs Can Smell When People Are Stressed, New Study Confirms