Murder, blood, solidarity, loyalty, glory, sex. This is the hardened life of – you guessed it – banded mongooses.

Researchers from the University of Exeter headed out to the mean streets of rural Uganda to observe the gang wars between banded mongooses. You can find their new study in the journal Animal Behaviour. During their field study, they observed them in gang brawls that involved dozens and dozens of mongooses, regularly resulting in injury and often death. They also witnessed individuals raiding rival dens and killing the pups of their neighbors.

“These fights are very chaotic, with 20 or 30 mongooses on each side arranged in battle lines,” Dr Faye Thompson, from the Centre for Ecology and Conservation at the University of Exeter, said in a statement. “They all rush forward and fighting breaks out, with some individuals chasing each other into bushes.”

While all this violent hostility takes center stage, some of the males and females from opposing groups will have sex with each other. All is fair in love and war, after all.

“The fighting is costly to both individuals and groups," added Thompson. "Individuals are more likely to die and litters are less likely to survive to emergence if their group is involved in an aggressive encounter with a rival.” 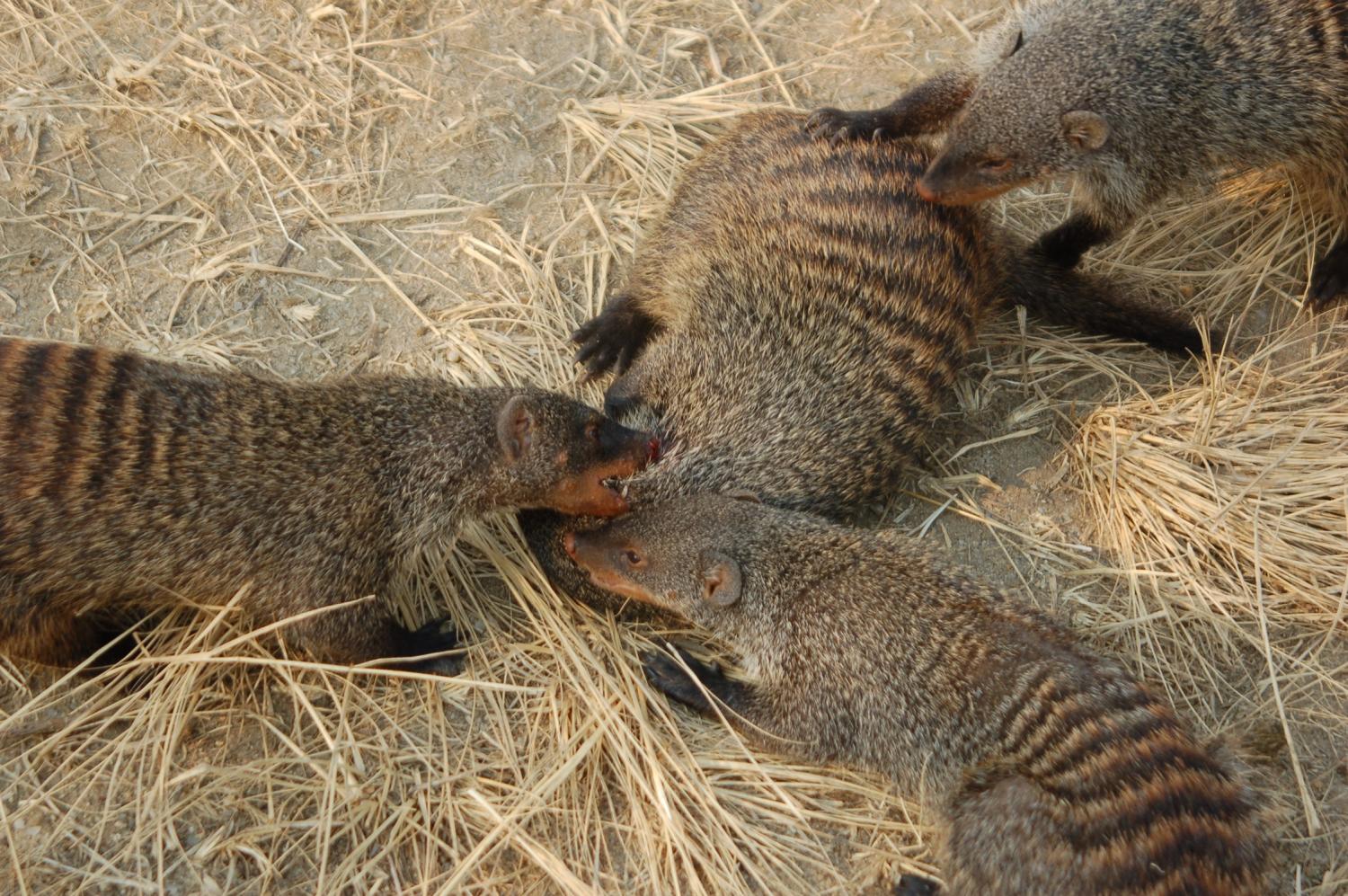 Banded mongooses during a gang brawl. Harry Marshall/University of Exeter

But what could drive these otherwise cute critters to such aggressive depravity?

The study concludes collective violence evolved through “selection acting at the level of the group.”

“Collective violence is selected for because groups that are successful in gaining these resources achieve enhanced reproductive success by outcompeting rivals… If there are power asymmetries between neighbors then individuals in large groups can attack smaller groups at little personal cost," the study reads.

Most fascinating of all, they found that pregnant females were significantly less likely to abort their litter if they were in the midst of a period of war.

Dr Thompson explained: "This is a puzzling result, but one possible explanation is that unborn litters may be seen as particularly valuable during periods of conflict with rival groups. Pregnant females could be finding some way to maintain their pregnancy, perhaps to offset mortality from fighting and make their group bigger and more competitive in the future.”