The Bay of Naples is rising once again, and this almost always is a bad sign – after all, it is home to one of the world’s “supervolcanoes”. Known as the Phlegraean (“burning”) Fields, this submerged caldera hides beneath it a gigantic magma chamber, and whenever the ground above or around a volcano rises, it is often due to magma swarming upwards from the lower crust.

A team of researchers, presenting fresh data at the Goldschmidt Conference in Yokohama, Japan, this June, note that the ground has risen 0.38 meters (1.25 feet) since 2005. However, the Bay of Naples has risen and fallen periodically over time without any major catastrophic eruption, and there continues to be a furious debate in the volcanological community as to why it may be doing this.

So is magma pooling underneath the 13-kilometer-wide (8 miles) caldera, priming it – or any of its nested 24 smaller volcanoes – for an eruption? Probably not this time around, but to understand why, a little context is needed.

The region’s history of ground deformation can be seen clearly at the region’s Macellum of Pozzuoli, a series of ancient Roman columns excavated in the 18th century. People noted that borings left by a group of common mollusks on three of these columns tracked the change in local sea level over time, and geologists realized that it had fluctuated wildly.

After the supervolcano and its subsequent magma chamber were identified, it was ascertained that it must be the action of the volcano – perhaps the magma chamber filling up and extruding its contents elsewhere – that is causing the ground to swell and sink.

The last time any serious swelling occurred was in 1982 to 1984, when the ground rose by 1.8 meters (5.9 feet), a rate roughly 24 times that which is currently being observed. Notably, no major eruptive activity happened then, but there is uncertainty over what caused this rapid ascension. 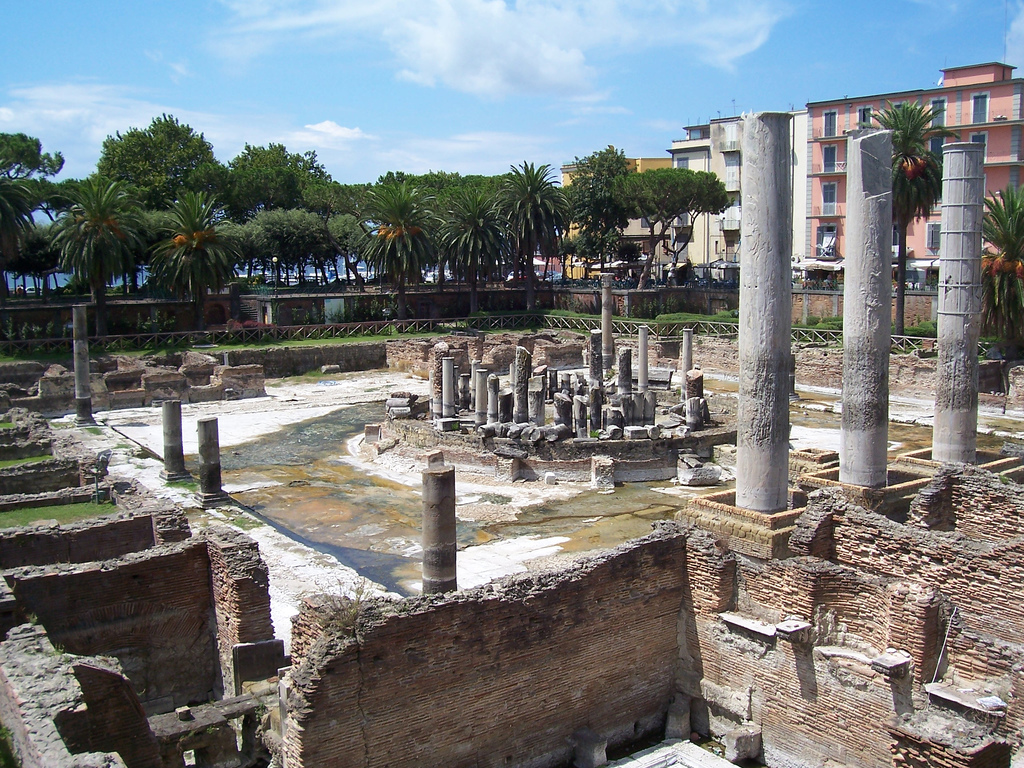 The macellum in 2004. The bore holes can be seen on the three columns to the far right of the photograph. Ferdinando Marfella/Wikimedia Commons; CC BY-SA 2.0

Some think that it was water vapor, either escaping from within the magma as it depressurized or boiling off from an underground water source encountering rising magma. Others, including this particular research team, think that it was magma pooling at around a depth of 3 kilometers (2 miles), and then spreading out laterally.

As for this new inflation period, the team are confident – based on decades of geochemical analysis of near-boiling water effusing from the ground – that it’s down to the pressurized release of water from superheated fluids circling near the magma chamber. So this time, it’s good news: magma isn’t moving upwards. The team, however, were keen to point out that their interpretation is far from certain.

“Campi Flegrei is still a very volatile place,” lead researchers Roberto Moretti, a professor at The Second University of Naples, told the conference. “We're not in a position to say that everything is well.”

The Phlegraean Fields last erupted in 1538, but this was a relatively calm explosion compared to some of its ancient blasts. The caldera’s formation eruption 40,000 years ago registered as 6 to 7 on the Volcanic Explosivity Index (VEI) – the most powerful types of eruptions possible.

This blast produced between 100 and 500 cubic kilometers (20 to 120 cubic miles) of volcanic debris, some of which made it as far as Greenland. Although not many people were affected by it back then, over a million people are now in the kill zone, making the Phlegraean Fields one of the most dangerous – and consequently, heavily monitored – volcanoes in the world. 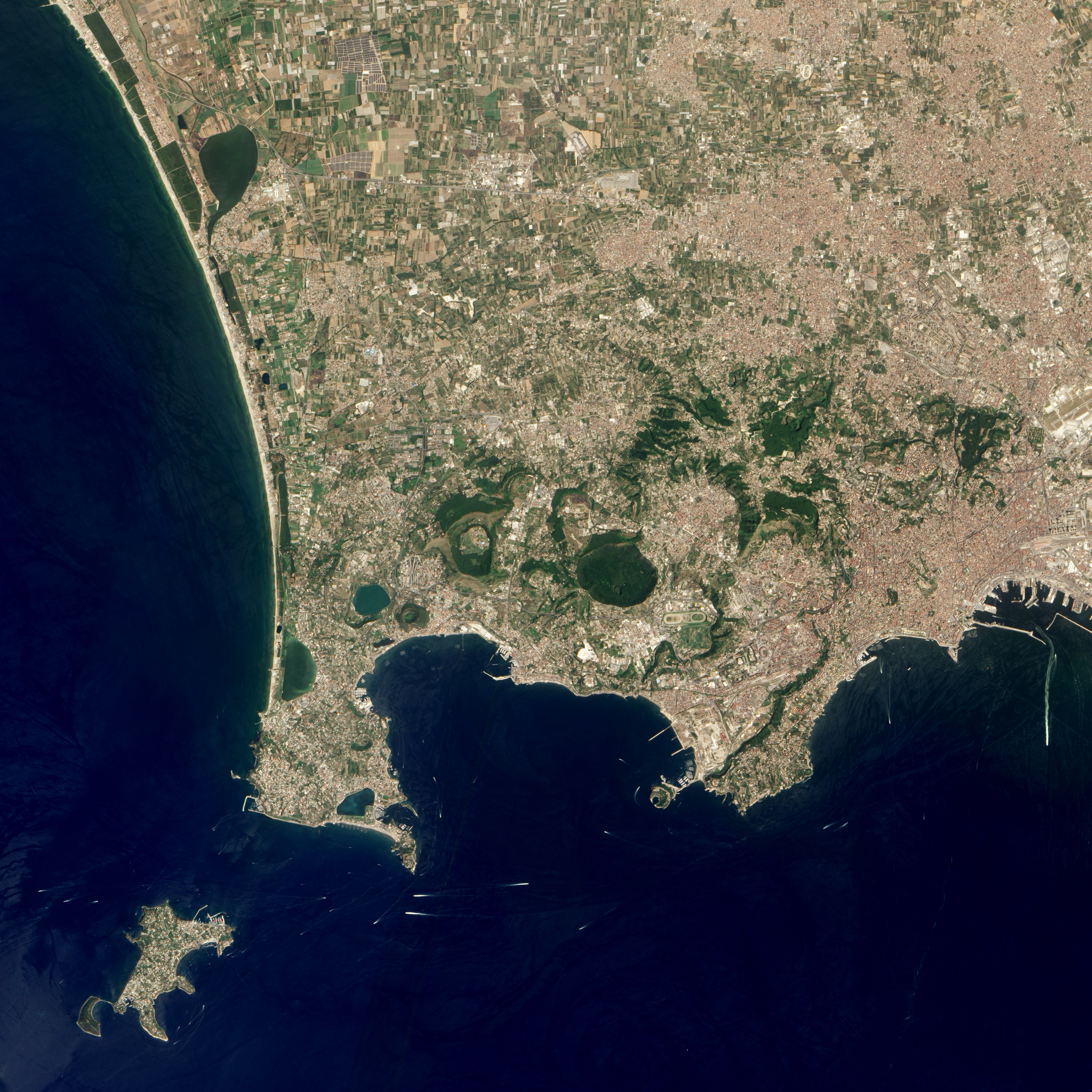 The Bay of Naples, as seen from space. A million people are sitting right on top of the dangerous caldera. NASA/ESO