Oh science, you really are spoiling us at the moment when it comes to our dear planet Earth. Just recently, we’ve not only found out that there is a giant metal dragon swimming around the planet’s liquid outer core, but that the “missing” element in the solid inner core is likely to be silicon.

Now, using a combination of detailed observations and high-pressure laboratory experiments, geophysicists are pretty sure they know what the molecular structure of the gigantic sphere of (mostly) iron is like at the heart of the world. Weirdly, as reported in the journal Nature Geosciences, it could be described as a deck of cards.

The inner core is made of 96 percent pure iron. Its temperature down there is hotter than the surface of the Sun, which is way above the temperature needed to melt iron at the surface. Yet, geophysical surveys indicate that it’s definitely solid – so what gives?

Well, the pressure of the 1.5-billion-year-old, Pluto-sized orb is about 3.6 million times that of the Earth’s surface pressure. Under extreme pressures, the molecular structures of materials can rearrange themselves.

Think of carbon – it’s normally compressed into coal beneath the upper crust, but at extremely high pressures, its internal structure shuffles around and it becomes diamonds. This molecular rearrangement doesn’t just affect its appearance – it also changes the physical properties of the material, including its melting point.

Similarly, within Earth, scientists have thought that highly compressed iron with an altered molecular structure can withstand the extremely high temperatures there and refrain from melting. 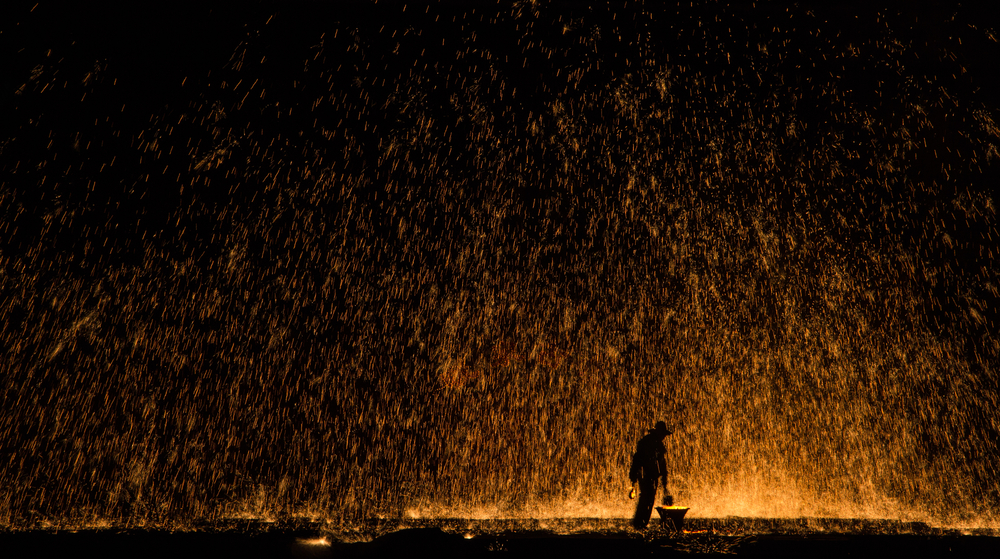 Iron is everywhere, but there's much about it - and the planet - that we are still yet to understand. h_x/Shutterstock

Researchers at the KTH Royal Institute of Technology in Sweden considered the orthodox opinion that the iron down there had a molecular structure that resembled 12-point hexagonal forms, something that is structurally very resistant to high temperatures.

Using new computational modeling on a trustworthy supercomputer, however, they discovered that, under the conditions within Earth’s core, the iron there could also be made of molecular “cubes” that radiate around a central point, not hexagons.

This was long thought to be unstable at high temperatures, but new data suggests the very opposite is true.

The deck of cards. KTH Royal Institute of Technology via YouTube

The cubic form of iron actually allows different planes of atoms to slide across each other. This means that points of high energy (temperature) can be spread out more evenly, permitting the overall iron structure to remain intact on a molecular level.

“The sliding of these planes is a bit like shuffling a deck of cards,” lead author Anatoly Belonoshko, a researcher at KTH, said in a statement. “Even though the cards are put in different positions, the deck is still a deck.”

So there you have it – a dragon and a deck of cards are hiding within our pale, blue dot.