It may be elephants that never forget, but it turns out dogs have pretty good memories too, and could share more cognitive abilities with humans than we thought. According to a study published yesterday in the journal Current Biology, canines are able to recall events that occurred even when they weren’t paying attention, suggesting they may have episodic memories.

Thought to be linked to self-awareness, episodic memory refers to the ability to remember specific moments from one’s life simply by absorbing events as they occur. It differs from working memory in that information is not deliberately encoded, but is stored without knowing that it has to be remembered or that it will become relevant later on.

Whether or not non-human animals possess episodic memory is something that is hard to test, although given the surprising intelligence levels shown by dogs in previous studies, researchers decided to investigate how their memories work.

“Dogs are among the few species that people consider ‘clever,’ and yet we are still surprised whenever a study reveals that dogs and their owners may share some mental abilities despite our distant evolutionary relationship,” explained study co-author Claudia Fugazza in a statement. 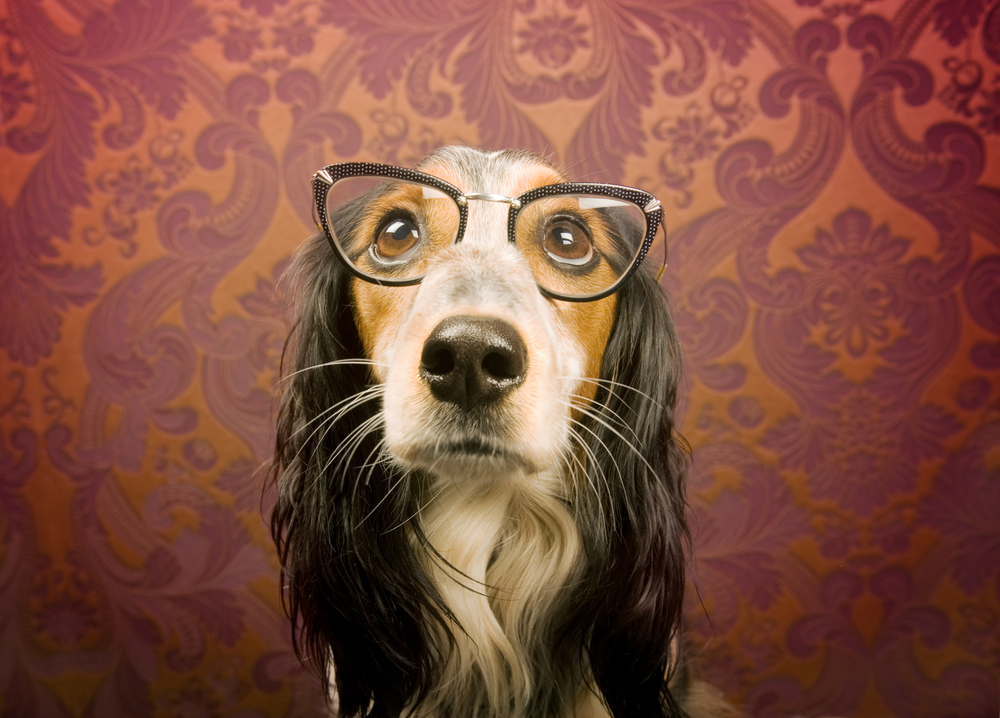 Dogs are considered to be highly cognitive. Shevs/Shutterstock

First, the team taught 17 dogs to copy the actions of their owners, using the so-called “do as I do” training method. During this part of the exercise, the dogs were encouraged to use their working memory, paying attention to their owners in order to imitate them.

Next, the dogs were trained to lie down after their humans had performed an action, regardless of what that action was. As such, they were not required to remember what event they were witnessing.

Once all dogs were comfortable with this task, the researchers surprised them by instructing them to copy, using the command “do it”. The fact that the dogs were able to repeat what they had seen suggests that they can recall events that they had not deliberately tried to remember.

To make sure of their findings, the researchers varied the amount of time that the dogs were required to hold these memories, sometimes giving the “do it” command after one minute and sometimes after one hour.

Unsurprisingly, the dogs were a little less accurate in their repetitions of their owners’ actions after an hour than they were after a minute, but they nevertheless showed a good level of recall.

Commenting on the relevance of this finding, Fugazza explains that “from a broad evolutionary perspective, this implies that episodic-like memory is not unique and did not evolve only in primates but is a more widespread skill in the animal kingdom.”