If you live in the lava caves of Vietnam, you’re likely to need some specialized adaptations to thrive. In the case of a new species of cockroach, that means looking "like a forthcoming Star Wars personality,” joked its describer Peter Vršanský.

Vršanský and his team discovered the new species in the underground lava-tube cave system of Tan Phu. The caves were formed in extensive basaltic lava flows and are located under a dry forest teak tree plantation.

“Morphologically, it is apparently the most bizarre cockroach which has ever lived that we know of,” Vršanský told New Scientist. The study is published in Zootaxa.

The medley of features that combine to form its wonderfully alien appearance include small, pale eyes, a jumbo head, a helmet halo, a hooked nipper on its back, and curled, nonfunctional wings. Oh and not to forget, they have a “tergal gland” that secretes liquid as a sort of aphrodisiac for females.

Well, you know, everyone likes a pleasant smell every now and then. Unfortunately, these cockroaches aren’t as heroic as their helmets and aphrodisiacs suggest.

“This new species lacks the typical fat nitrogen-rich body found in other cockroaches, so it cannot make a really valuable nutritious morsel for the females,” Vršanský said. “Instead, it lures the female with scented promises and then grabs her tightly.”

He then holds her down with his helmet and nipper – perhaps he belongs to The Empire instead? 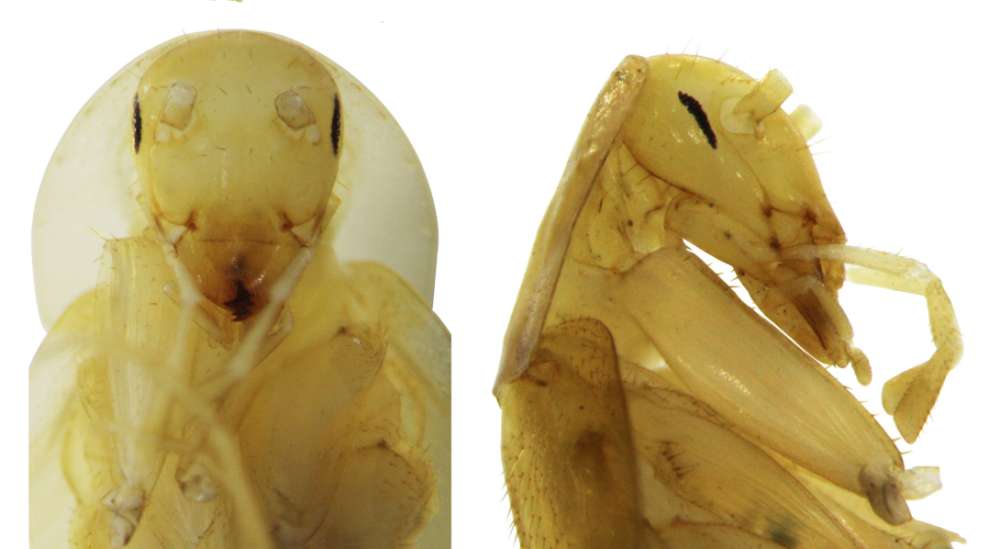 The insect’s head volume is proportionally the largest of all cockroaches, constituting 11 percent of the body, excluding extremities. Its legs are long and spindly, all the better to run and navigate obstacles with.

The next oddity is its nonfunctional wings. Not a problem, said the authors, as the creature's hook may help it to latch onto bats and hitch a ride as a means of dispersal.

The species Helmablatta louisrothi is named after the helmet-shaped tergal gland (slavic: helma) and the cockroach genus Blatta. It is 3 millimeters in length, with a mostly translucent body that is slightly pigmented yellow.

The caves in which it lives are fairly young, so the researchers estimate the new species is less than 2 million years old. The caves are typically inhabited by bats, however, H. louisrothi doesn’t eat bat guano like over cave-dwelling cockroaches. Instead, it feeds on bacteria and fungi. 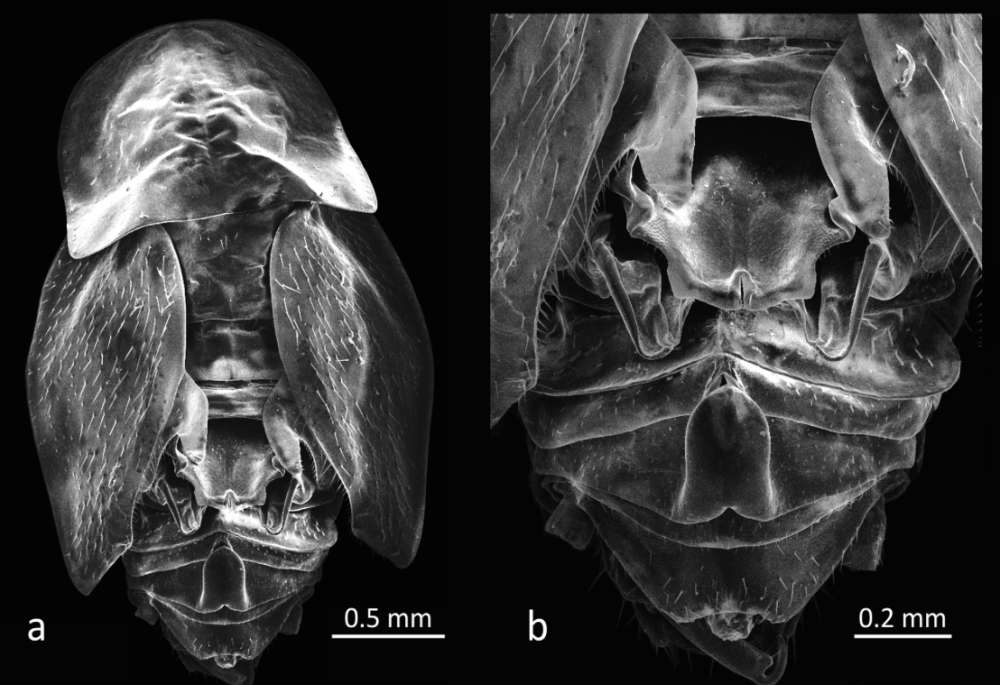 The dark side? Slovak Academy of Sciences