A breathtaking eruption at Sakurajima volcano is taking place on the western Japanese mainland island of Kyushu. A plume of suffocating ash burst forth early on Tuesday this week, reaching heights of more than 5 kilometers (3 miles), according to the Japan Times. This is the first time since August 2013 that an ash column has reached this height.

Volcanic lightning, an effervescent byproduct of some eruptions that scientists still don’t fully understand, was also seen at the site. Lava has been spotted pouring down its slopes, and several lava bombs have been seen flying out from the top of the fiery mountain.

As demonstrated by a previous outburst back in February, this volcano erupts frequently throughout the year, but this new explosive episode appears to be somewhat more energetic than usual. Back then, authorities expanded the pre-existing no-go zone around the volcano to a radius of 2 kilometers (1.2 miles), and this new violent eruption easily justifies that decision.

Sakurajima is one of the most active volcanoes in the country. Since 1955, it has engaged in almost daily displays of Strombolian activity, a type of eruption that involves huge slugs of gas propelling lava blebs up from the conduit to the open vent. Although jettisoning some ash and even a lava bomb or two onto its surroundings, this type of activity is so predictable and low-energy that it’s rarely dangerous.

However, its past has been far more violent, as is clear from the etymology of its name. Sakurajima means “cherry blossom island,” which is somewhat odd considering it’s actually a peninsula attached to the mainland.

In 1914, the volcano erupted in what came to be the most powerful in 20th-century Japan. Along with huge pyroclastic flows traveling at perhaps supersonic speeds, massive lava flows covered the strait between the volcano and Kyushu, forming a new land bridge that stands to this day. 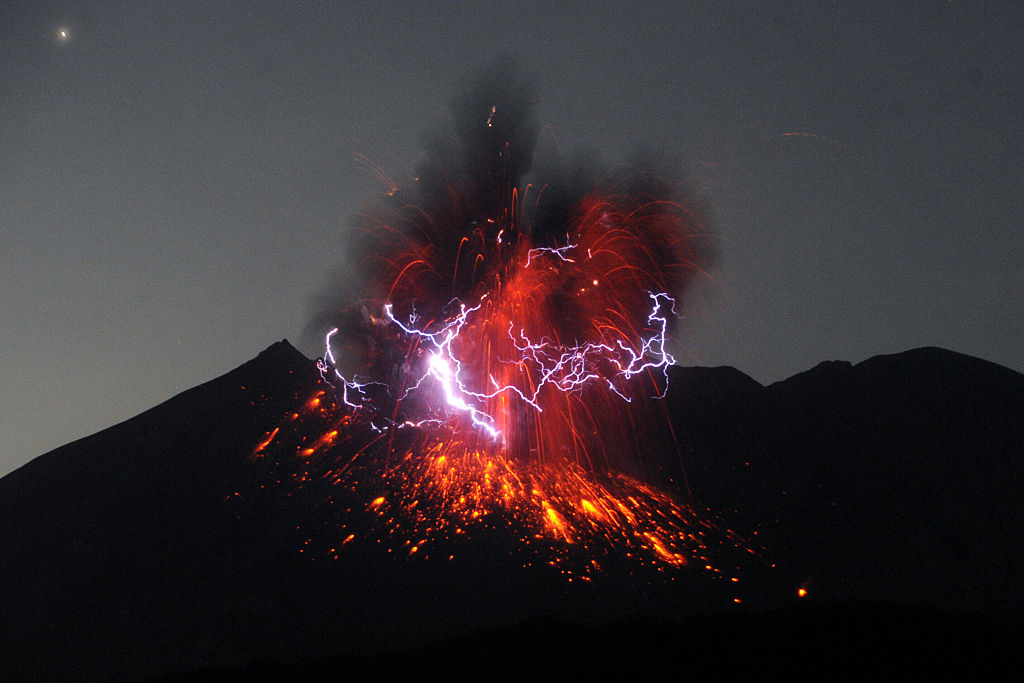 Volcanic lightning is a poorly understood phenomenon that has, to date, no definitive explanation to its name. The Asahi Shimbun via Getty Images

Sakurajima, a 16,000-year-old composite volcano, is actually nested within the Aira caldera, which was born in a festival of fire 22,000 years ago. Measuring 17 by 23 kilometers (10.6 by 14.3 miles), it conceals a vast magma chamber that may one day catastrophically blow its top.

However, no signs currently point to such an event occurring, and all activity over the past 1,000 years has been centered on Sakurajima. Eruptions like this most recent one help to alleviate the pressure from the magma system beneath it, rendering the possibility of any future cataclysm less likely with every belch it takes. 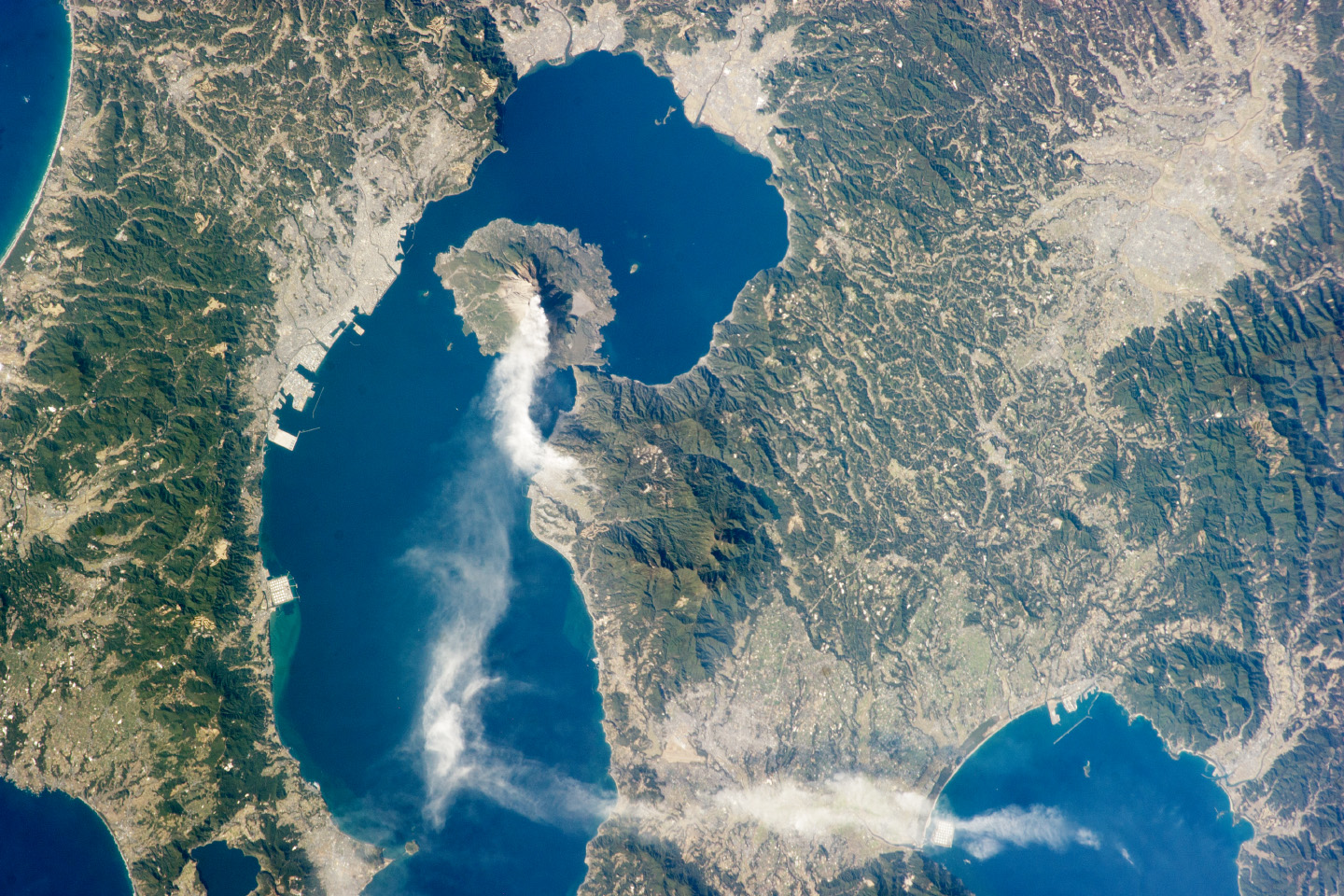 Sakurajima, center, having a cheeky smoke. Kagoshima, a city of more than 606,000 people, lies directly to the left of it. The entire photographed region contains the Aira caldera, a huge, dormant volcanic cauldron, of which Sakurajima is a part of. NASA