Scientists love a good mystery, and the oceans of the world – being massive, deep, dark, and inherently enigmatic places – are literally full of them. The latest conundrum comes courtesy of the Caribbean Sea, wherein a very low-pitch sound, one well beyond the hearing range of humans, can be heard. In fact, something down there is so huge and mobile that it's generating waves in Earth’s gravitational field.

A team of researchers, led by the University of Liverpool (UL), were in the middle of conducting an expedition to the Atlantic Ocean-based Caribbean Sea, which covers an area of roughly 2,754,000 square kilometers (1,063,000 square miles). Their original objective was to study the dynamic sea currents within the basin, which links up to the Gulf Stream, critical for delivering heat to, among other places, Western Europe.

Writing in the journal Geophysical Research Letters, the authors describe how their instrumentation picked up something they describe as a “whistle”. The note itself is an A-flat. Something quite sizeable is clearly making its presence known, but initially, it was unclear whether the noise was emanating from something living or another natural process. 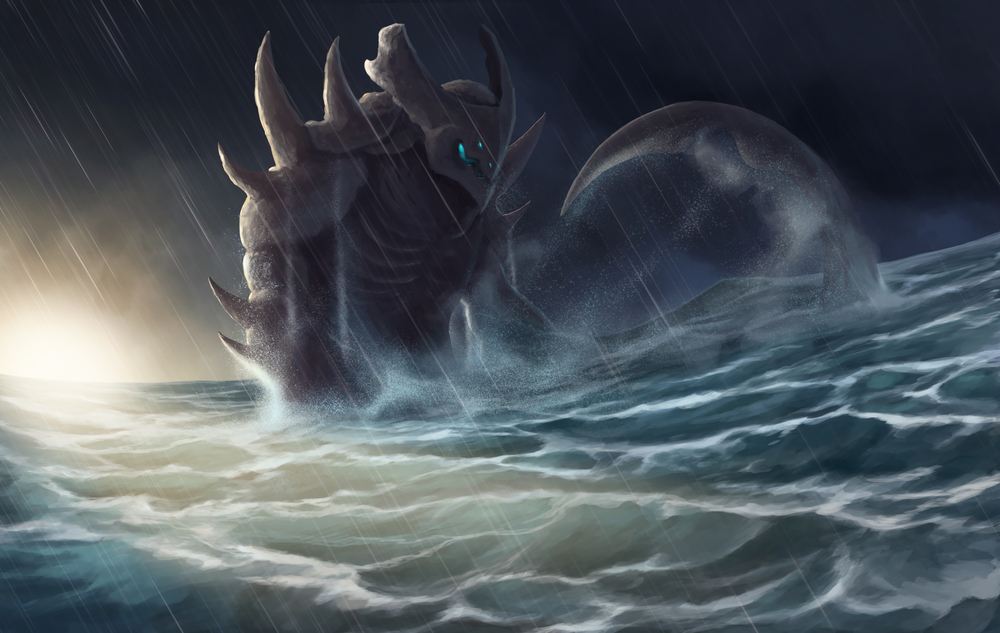 It's probably not this. Antonio Maletin/Shutterstock

Taking sea level and pressure readings from the bottom of the basin, assessing the frequency and magnitude of the regional tides, using satellites to measure small changes in the local gravity, and feeding this all into multiple models of oceanic current activity based on a period of time from 1958 to 2013, the team began to suspect the noise was not, sadly, coming from a gigantic sea monster.

Remarkably, the culprits are the waves, hiding in plain sight. Sometimes, large waves in the basin move towards the west, and these inevitably interact with the seafloor. This deflects it somewhat, causing it to fade out on the western boundary and appear on the eastern section of the basin, almost as if it jumped through a wormhole in the fabric of space.

Over time, these slow waves interact in a constructive manner, amplifying them for a while. The net result of all this is that water propagates en masse in and out of the basin every 120 days. This wave pattern, just like the sound wave of someone singing, produces a clear A flat, albeit one too many octaves below the range of human hearing. The huge amount of water moving back and forth changes the local gravitational field, which can be detected beyond Earth’s upper atmosphere.

“We can compare the ocean activity in the Caribbean Sea to that of a whistle,” Chris Hughes, a professor in Sea Level Science at UL, said in a statement. “When you blow into a whistle, the jet of air becomes unstable and excites the resonant sound wave which fits into the whistle cavity. Because the whistle is open, the sound radiates out so you can hear it.”

The “Rossby Whistle,” tracked by the motion of the Rossby Waves. It has been pitched up here so you can hear it. University of Liverpool/Science Alert/Chris Cassella via YouTube

As the westward-moving wave is called a Rossby Wave, they have decided to call the noise the Rossby Whistle. So although it’s not Cthulhu calling, it’s still pretty cool.

Just recently, another low-frequency hum was heard emanating from a shadowy region of the oceans known as the “twilight zone.” In this case, it was being produced by life – lots of it, in fact. As it turns out, the upward migration of fish, moving into the light to feed, was producing what the researchers termed their “dinner bell”.