The biodiversity of tropical rainforests is famous, but there is another ecosystem that accounts for much of the plant kingdom on a tiny portion of the Earth's surface. Surprisingly, it is the shrublands that grow on the infertile dry soils in Mediterranean climates. A new study reveals the importance of the bacteria and fungi that populate these soils.

More than half the plant species on the planet grow in tropical rainforests, a reason their destruction is so terrifying and tragic. The world's five Mediterranean climatic regions support another 20 percent and, according to Dr Michael Renton of the University of Western Australia, most of these live not in forests but among the low shrubs – sometimes jokingly called “knee-high tropical rainforests”, which scratch out a living on poor, dry soils.

The paradox of such diversity in such an unpromising location has puzzled scientists for a long time. Now, Renton and his colleagues have published a paper in Science that helps explain the mystery.

Their team collected soil samples from South-West Western Australia's shrublands. Even in comparison to similar climate zones, this region is astonishingly diverse, something Renton told IFLScience is partially attributable to its long period undisturbed by glaciers or geological change.

The soil here is very poor in nutrients, but rich in microorganisms. Some of these form symbiotic relationships with the plants, while others are pathogens. The authors experimented with growing 16 native plant species in the soil samples they collected, comparing the species that had been growing in that particular dirt with those from similar soil elsewhere.

They found that certain plants preferred to grow in soil that had recently grown a member of their species, getting back together the symbiotic band with soil microbes that had nourished the same plant. Other plants, notably nitrogen-fixers, suffered when placed in soil familiar to their species.

“Pathogens are an obvious explanation” for these so-called “negative feedback loops," Renton told IFLScience. "You grow in the same soil for awhile and the bad bugs build up." But Renton and his colleagues found there were other reasons as well. With so few nutrients available, plants have evolved particular techniques to extract what they can. Eventually, these stop working and it becomes necessary to give the location a rest and let someone with a different approach try for awhile.

The combination of these different responses has helped produce exceptional specialization, which in turn leads to the region's extraordinary biological diversity in the midst of such low productivity. The authors think their work will help explain and preserve other particularly diverse ecosystems. 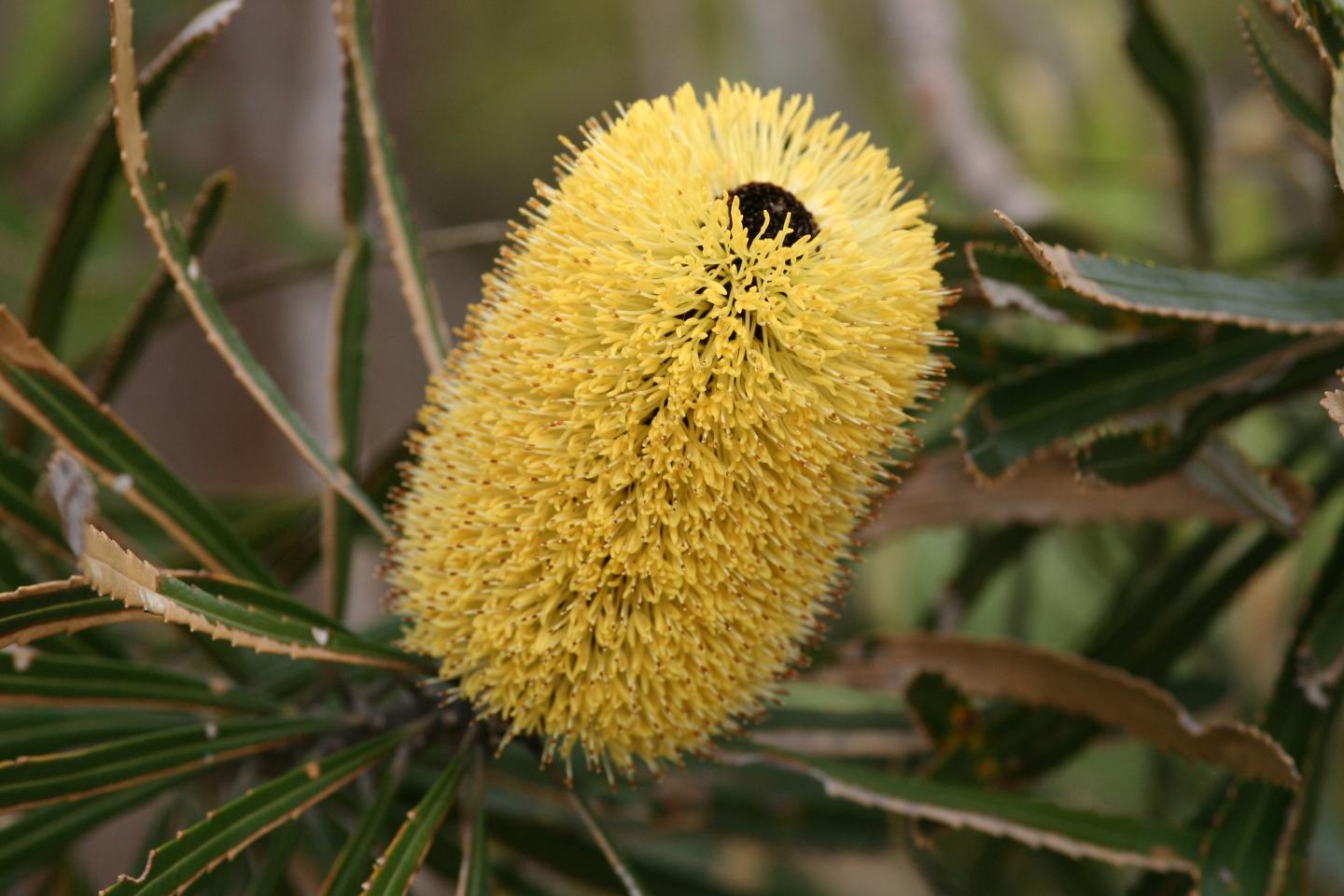 Banksia attenuata from the Jurien Bay shrublands is one of the many species of banksia found in the area. Francois Teste