There’s an enormous crack in Siberia, one so large that the locals have been known to call it the “Doorway to the Underworld.” We don’t think it’s fiery enough for that moniker, so we’re just going to call it the Siberian Doom Crack – and as a new study in the journal Quaternary Research has revealed, this crack is getting bigger, and fast.

Technically known as the Batagaika crater, the doom crack is about 1 kilometer (0.62 miles) long, 86 meters (282 feet) deep, and is growing at a rate of between 10 and 30 meters (33 and 98 feet) per year. The upper end of the scale applies to warmer years, which means that the increasingly heated Siberian wilderness will only see the crack getting wider and deeper as time ticks on.

The new study, led by a team of researchers at the University of Sussex, looked into what the doom crack has been exposing, and so far they’ve found buried fossilized forests, extinct animals, and up to 200,000 years of climate change records. In this sense, then, the doom crack is proving to be quite useful.

The Siberian Doom Crack is technically known as a “thermokarst,” named after a similar but unrelated erosional formation you find in limestone. These structures form when permafrost – the layer of top soil exposed to long-term subzero temperatures – begins to thaw out unevenly. This leaves depressions in the landscape that, when experiencing refreezing and rethawing, become deeper and wider.

The doom crack is a particularly egregious example of one – the largest of its kind, by far. It’s been growing since the 1960s, and the growth rate is continually trending upwards.

It’s also been noted that the doom crack is making its way to another eroding valley nearby, so there’s a chance that, sooner rather than later, the crack will exponentially increase in size. Oh dear.

Permafrost, as the name suggests, remains chilled for long periods of time, at least two years but usually far more. The presence of thermokarsts is a clear physical indicator that the climate is warming, and the unbelievable massiveness of the doom crack is the most concerning harbinger of them all.

Still, the paleontological wonders being liberated by the doom crack’s proliferation constitute something of a bright side to proceedings. Along with all the ancient pollen being unleashed into the modern world, there’s also apparently quite an old horse and even a mammoth poking their heads above the maelstrom of mud.

The newly discovered climatological records are where it’s all at, though. The doom crack’s treasure trove of sedimentological goodness goes back all the way through the interglacial warm period 125,000 years ago, which back then caused all manner of ecological upsets.

Understanding this key period of warming will help us understand how life on Earth will react to today’s warming world. Spoiler alert – not well, if the current, record-setting extinction rates are anything to go by.

The crack really is more “doom” than “interesting,” though. There’s a chance that its growth is also releasing a ton of long-trapped methane and carbon dioxide into the atmosphere too. 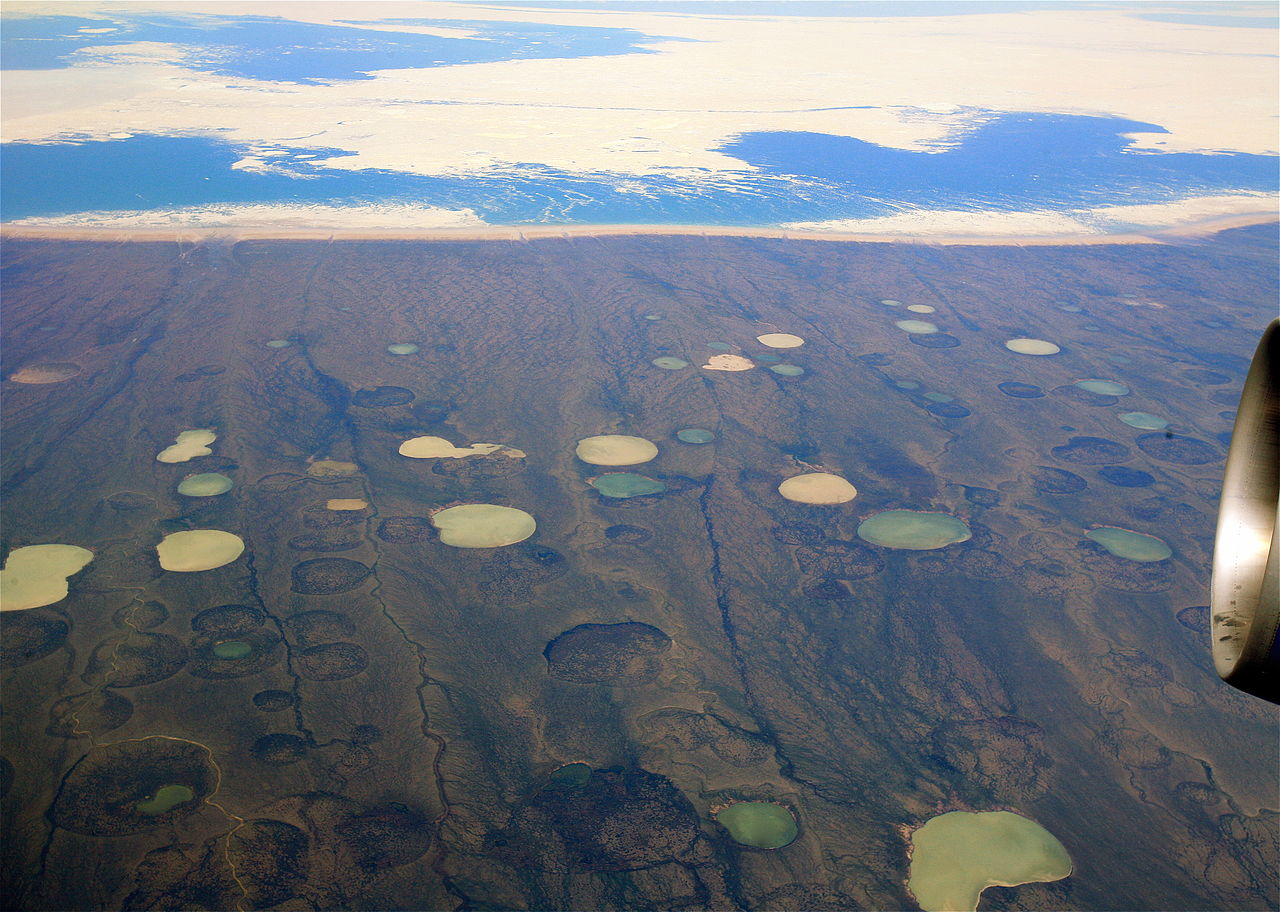 Thermokarsts in Canada's Hudson Bay, pictured back in 2008. Steve Jurvetson/Wikimedia Commons; CC BY 2.0

So it’s not just a visual sign that the climate is warming, but an active participant in proceedings. What a pesky doom crack.