The best thing about being a zoologist, aside from actually discovering new species, is getting to name them. We’ve had Eriovixia gryffindori, the spider named after one of the founders of Hogwarts in Harry Potter, and the hilarious Neopalpa donaldtrumpi, a blond, bewigged moth with small genitals. Now, get ready to turn it up to 11 as we meet Synalpheus pinkfloydi, a seriously loud shrimp.

The new “conspicuously colored” species of pistol shrimp was found off the Pacific coast of Panama by an international team of researchers from the UK, Brazil, and the USA, and is described in the journal Zootaxa. The most obviously conspicuous thing about this newly described crustacean is its bright pink, Hellboy-esque right claw of doom, though the color is not the most exciting thing about this snapping shrimp.

The shrimp uses its claw to create a sonic blast so loud it stuns its prey. In fact, it’s one of the loudest sounds in the ocean, louder than a gun shot. It snaps its claw at such a speed it creates a high-pressure cavitation bubble that, when it collapses, produces a sonic blast that can reach 210 decibels – powerful enough to stun and even kill its prey. For a split-second, the imploding bubble also generates temperatures of 4,400°C (7,950°F), which is nearly as hot as the surface of the Sun.

It was the shrimp’s pink hue and talent for noise that helped give it its moniker. “I have been listening to Floyd since The Wall was released in 1979, when I was 14 years old," explained zoologist and Pink Floyd fan Dr Sammy de Grave, from Oxford University's Museum of Natural History, in a statement. "I’ve seen them play live several times since, including the Hyde Park reunion gig for Live8 in 2005. The description of this new species of pistol shrimp was the perfect opportunity to finally give a nod to my favorite band.”

Happily, the other authors concurred. “I often play Pink Floyd as background music while I’m working, but now the band and my work have been happily combined in the scientific literature,” lead author Arthur Anker added.

And how do you celebrate naming a new species after your favorite band? By commissioning shrimp/album cover artwork mashups, of course. 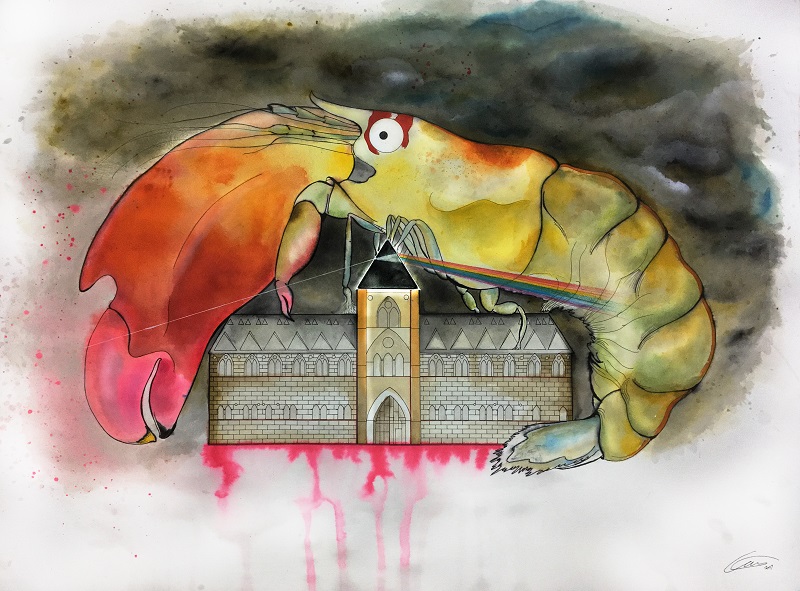 "Another Shrimp in the Wall" featuring Synalpheus pinkfloydi, the Oxford University Museum of Natural History building, and other Pink Floyd references. Artwork by Kate Pocklington. 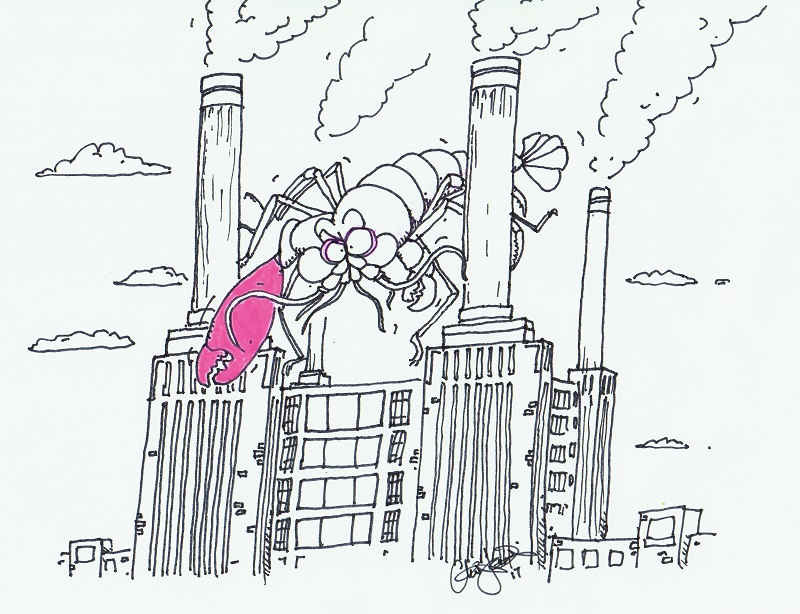 If Synalpheus pinkfloydi had adorned the cover of Pink Floyd's 1977 album Animals, rather than the famous dirigible pig. Artwork by Chris Jarvis