Without bees, we’d be doomed. As the primary pollinators of millions of plants and crops, they are the farmers and gardeners that keep the food chains of the surface of our planet stable.

But what of that considerably more wet world hiding beneath the waves? What keeps plants down there pollinated? As revealed in a brand new study in Nature Communications, the sea floor has bees of its own.

Okay, so this is just a colloquial name for the various critters that flit from plant to plant. They do not buzz, nor are they insects. They don’t even have stingers attached to their buttocks.

They are, however, microscopic crustaceans and extremely small marine worms, and they certainly help a tropical seagrass – Thalassia testudinum, or “turtle grass” – to pollinate in exactly the same way bees do on the land. While feeding off some of the seagrass’ delicious and nutritious pollen, some of it sticks to them and they inadvertently help populate the seafloor with more viridian goodness. 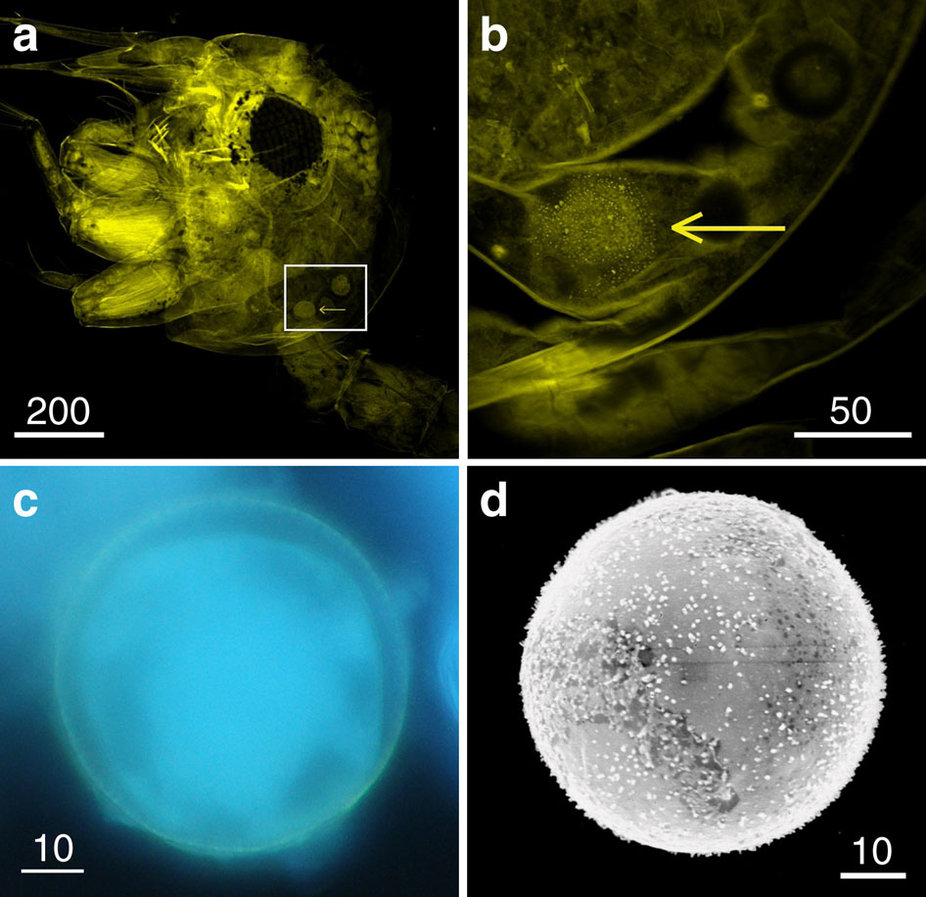 Their plant-based back-and-forth was first noticed a few years back by the researchers at the National Autonomous University of Mexico, but only now has their pollinating effect been recognized.

Until now, scientists assumed that ocean currents shepherd the pollen between plants. As a series of small-scale laboratory aquariums have revealed, a wide range of marine creatures rapidly spread pollen between submarine plants too, meaning that seagrass has multiple reproductive paths open to it.

The bees of the sea in action. brigittavan via YouTube

The researchers note that seagrasses are among the most productive ecosystems in the world. “They improve water transparency, stabilize coastlines and store carbon, and also provide food and shelter to a diverse faunal community,” the team writes in its study.

Essentially, seagrasses are one of the key foundations for marine ecologies. Although they could still pollinate with water currents alone – a process known as hydrophily – these so-called “sea bees” perform an incredibly important function just like their terrestrial equivalents.

The link between these “bees” and real ones is actually stronger than you might think.

Seagrasses are flowering plants, and it’s highly likely that many of them evolved from both freshwater and land-based flowering plants. What works on the land works under the sea too, so natural selection kept the mechanism going for many tens of millions of years.

It’s not yet clear if any other species of undersea plant use this form of pollination, though – so far, only turtle seagrass has been confirmed.

Worryingly, there is an accelerating worldwide decline in seagrass happening right now. Why? Human activity, of course – marine pollution and agricultural chemical runoff – and it seems even the hard-working sea bees can’t keep up with our actions.

Natureplants
IFLScience The Big Questions: Is The Future Of Farming Underwater?
Podcast
plants