As gut-wrenching as it is to write, Donald Trump will be the next President of the United States.

We at IFLScience have attempted to explain just how science-averse the Republican candidate would be should he ever seek office, particularly with regards to climate change – something which he claims is a Chinese hoax. Now, there’s a high chance that the Paris agreement will fail, and there will be warming above 2°C (3.6°F) before 2100.

One of the most well-known effects of this failure will be significant sea level rise. A new, grim study has pointed out that if indeed we walk into the high-temperature abyss beyond 2°C, “sea level will be rising faster than at any time during human civilization.”

Using climatological and oceanographic models, the team – led by the National Oceanography Centre in Liverpool, UK – went along with the not-unreasonable assumption that this threshold will be breached mid-century, and there will be around 5°C (9°F) of warming by 2100. If these distressing milestones are indeed reached, then it will put a huge chunk of the global population at risk from being literally sunk beneath the waves.

By 2050, the global sea level would rise by about 0.15 meters (6 inches). By 2100, this would shoot up to 0.61 meters (2 feet). Ninety-five percent of coastlines, however, will experience a far more accelerated ascent of the waves. 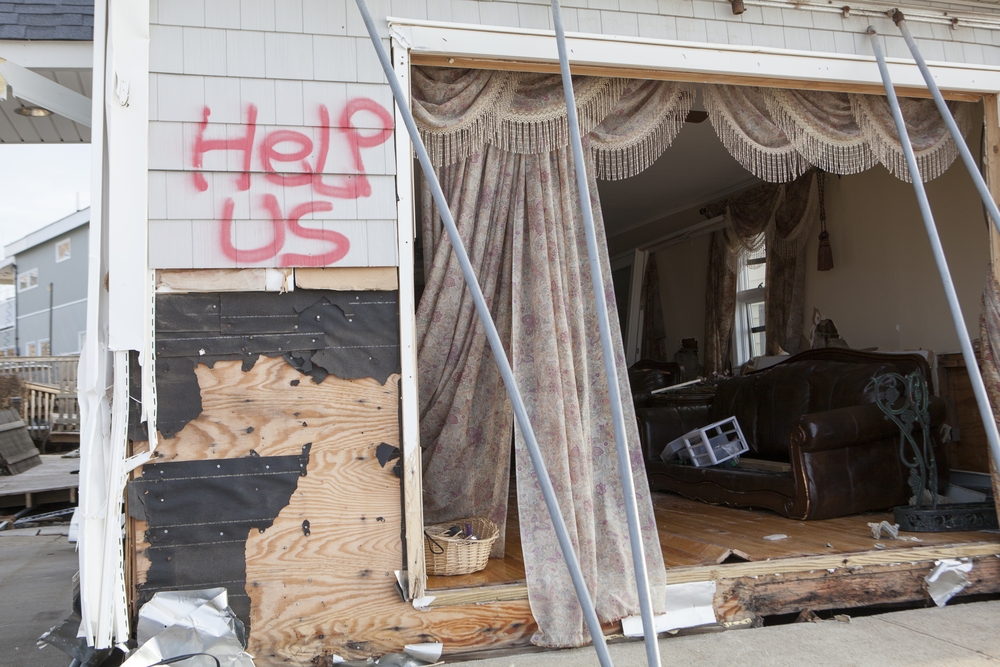 At risk from rising seas: New York City, part of which was severely damaged by Hurricane Sandy in 2012. MISHELLA/Shutterstock

By the end of the century, New York City is destined to be swamped by as much as a 1.1 meters (3.5 feet) of sea level rise. Climate change is knocking at the door of the birthplace of the current climate change-denying President-elect, an irony that won’t be lost on many of those living on the eastern seaboard.

Writing in the Proceedings of the National Academy of Sciences, the international team of researchers strike a decidedly uneasy tone at their findings. They conclude that nothing short of a major displacement of urban populations will take place.

They estimate that “2.5 million living in low-lying areas of Miami; 2.1 million in Guangzhou; 1.8 million in Mumbai; and more than 1 million each in Osaka, Tokyo, New Orleans, New York, and Ho Chi Minh City” will be mobilized by the encroaching seas.

Florida, a state that experiences devastating hurricanes, will be hit far harder by 2100 as storm surges, bolstered by higher sea levels, become unprecedentedly powerful. It must be highlighted that the Sunshine State also happens to have reelected Senator Marco Rubio, another prominent climate change denier.

Much of Asia’s coastlines and even parts of Western Europe will find themselves dealing with the same degree of sea level rise that most of America’s Atlantic coast will experience.

A Democrat in the White House would have fought to stop this type of climate change nightmare. With Trump at the helm, it’s highly likely that this inundated future is one we are now locked into. All attempts to curtail the US’s carbon footprint will at best be stalled, and at worst dramatically reversed.

As always when it comes to climate change, the poorest and most disadvantaged will suffer the most, and this study is another perfect example of this. While places like New York City will undoubtedly be hit hard by sea level rise, rapidly developing cities in less wealthy nations will feel the brunt of the burden.

One of the key pledges of the Paris agreement was for nations like the US to help fund the transition of such nations from relying on fossil fuels to clean energy sources. It was supposed to be one of the most optimistic and cooperative frameworks ever conceived by our species.

Instead, hopes will sink – and, mostly likely, cities will too.