Less than half of Americans believe that humans are causing climate change. For some scientists trying to advocate ways to tackle it, this can risk tarnishing their reputation in the eyes of the public.

But a new study in the journal Environmental Communication has some good news. They’ve found that when it comes to climate scientists, their credibility is not harmed, nor that of the scientific community, when they make their views public.

Carried out by researchers at George Mason University's Center for Climate Change Communication in Virginia, US, the study used a fictional scientist to post example statements on Facebook and gauge the reaction of people.

The researchers had 1,235 participants take part in an online survey experiment, rating six posts by a fictional scientist called Dr Dave Wilson. They were given one of two bios for him, where he was either a climate scientist, or the chief meteorologist at a local television station.

Each post referenced a fictional interview Dr Wilson had done with the Associated Press, with a short description of a point of discussion in the interview. Participants were then asked to rate Dr Wilson’s credibility, his perceived goals, and his motivations.

In one of the posts, Dr Wilson mentioned “that levels of high-trapping carbon dioxide in our atmosphere have reached 400 parts per million,” which was used to highlight a recent finding. In another, he argued that a solution to climate change is to “build more nuclear power plants”.

The credibility of the scientist was found not to be harmed in five out of the six statements, save for the latter one that suggested building more nuclear power plants. The researchers suggest this means the public are more likely to object to a statement when a specific standpoint is endorsed. 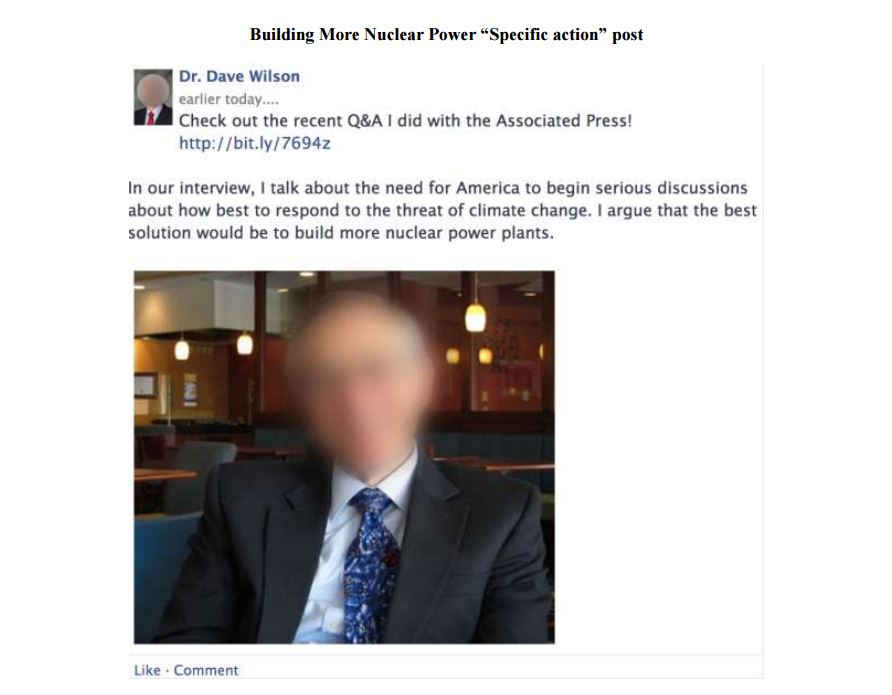 The researchers also found that, in general, conservatives responded more negatively to Dr Wilson than liberals, having more skepticism towards climate scientists. But overall the researchers were positive, saying that people were willing to hear scientific evidence.

"We hope that our findings at least help stimulate a more evidence-based conversation among scientists,” said lead author John Kotcher, a Postdoctoral Research Fellow at George Mason University in a statement.

It seems, then, that scientists shouldn’t be too nervous about publicly sharing facts on climate change and other topics. And advocating for action – such as the upcoming March for Science around the world – won’t harm a person’s credibility.