Following the first ever footage of True's beaked whales underwater, released last week, an accompanying paper is expanding the limited knowledge of this elusive species.

There are 22 identified species of beaked whales, but we don't know much about most of them. They are smaller than many whales, tend to live far from shore and spend little time at the surface. Even when we do see them, species identification is a challenge. Despite having been scientifically described in 1913, True's beaked whale (Mesoplodon mirus) is a particularly obscure species, easily confused with more common relatives. Nevertheless, the rare sitings we have range from the North Atlantic to the waters between Australia and New Zealand, suggesting they may be more common than they appear.

In Peer J a multi-institute team led by Dr Natacha Aguilar de Soto of the University of St Andrews report on the retrieval of DNA from a True's beaked whale that stranded on the Canary Islands and another found floating dead off the Azores. The recently released footage was captured on a cruise off the Azores.

Both the dead whales were confirmed genetically to be male, and their sizes indicate they were not fully grown. There have been two previous reports of stranding in the same area, along with eight possible or certain sightings over the last 22 years. For most species that isn't much, but for animals as hard to see, let alone identify, as these, 12 records makes the two archipelagos something of a hotspot for the whales. 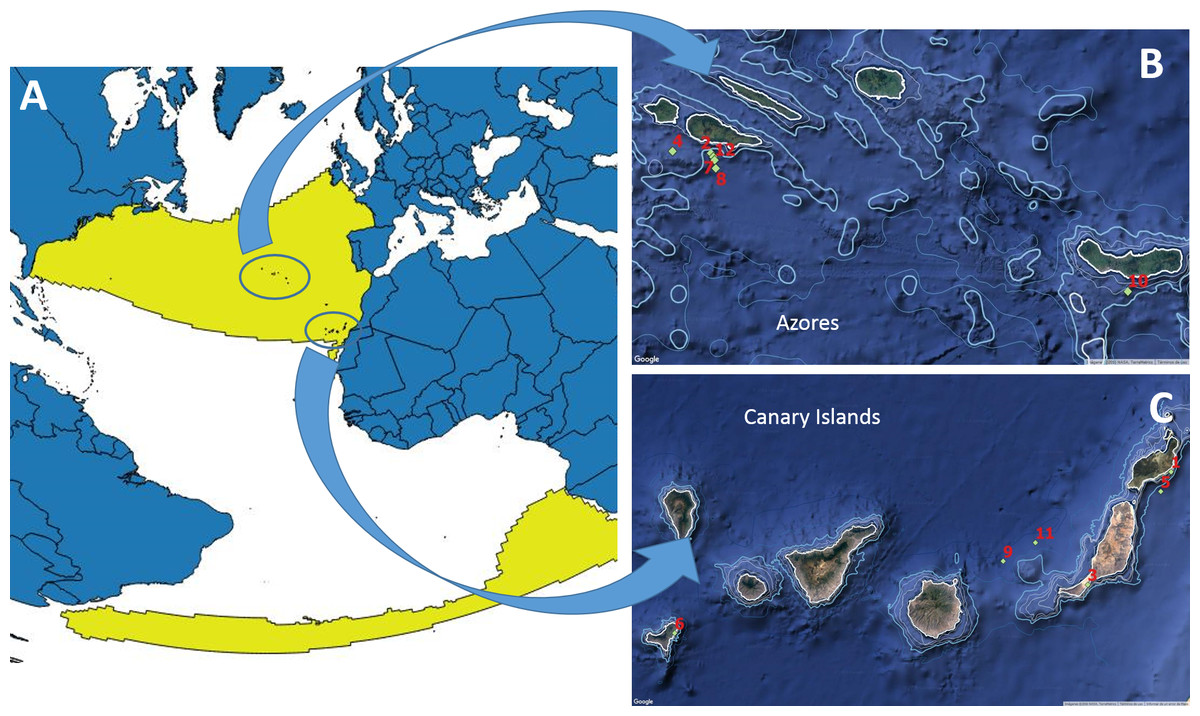 Whether there really are no True's beaked whales in the tropical Atlantic, of if we just haven't seen them is unknown, but they are certainly turning up a lot around the Azores and Canary Islands, with each red number being a confirmed or suspected sighting. Aguilar de Soto/Peer J

The paper reveals that True's beaked whales have more diverse coloring than previously realized, which may be a distinctive feature of the North Atlantic population. For example, while many True's whales are uniformly gray, except around the genitals, the stranded whale had a white patch on the front of its head that looked like a mask. “The white head colouration described for True’s beaked whales increases the probability of confusing this species with Cuvier’s beaked whales in sightings when the beak is not observed,” the authors note.

Prior to this paper, only three reports had been made in the peer-reviewed literature on True's whales in the North Atlantic. However, the fact that the Azores and Canary Islands are both surrounded by very deep coastal waters indicate they could be hotspots for these creatures if people knew what to look for.

The research is important, not just because zoologists would like to know more about the distribution and behavior of every species, particularly one this large, but because beaked whales are threatened by plastic in the oceans. Only through a better understanding of their numbers can we know just how much of a danger our own behavior poses.