Take a look at your distant ancestor. That beauty is the best candidate yet for the earliest ancestor of humans.

As small as a speck of sand, it had a bag-like body with a large, wrinkled mouth and no anus. It was also bilaterally symmetrical, meaning it had mirrored halves – a key feature of many of its descendants, including humans.

Spot the resemblance now? Okay, so it’s a distant relative at 540 million years old. The fossil of this ancient creature was found in sedimentary rock in China’s Shaanxi province and subsequently dubbed Saccorhytus coronarius. The discovery is published in the journal Nature.

“To the naked eye, the fossils we studied look like tiny black grains, but under the microscope the level of detail is jaw-dropping,” said co-author Simon Conway Morris of the University of Cambridge in a statement. “All deuterostomes had a common ancestor, and we think that is what we are looking at here."

Deuterostomes are a broad group that includes vertebrates (such as humans), echinoderms (such as starfish), and hemichordates (acorn worms). Literally, deuterostome means "mouth second”, as the first opening to develop in the embryo is that of the anus.

However, if indeed the creature had no anus, then the waste from the food it gulped down would have been excreted through where it came – the mouth. And while it’s not unheard of for an animal to lack an anus, Morris admits it’s possible the team just haven’t found it yet. 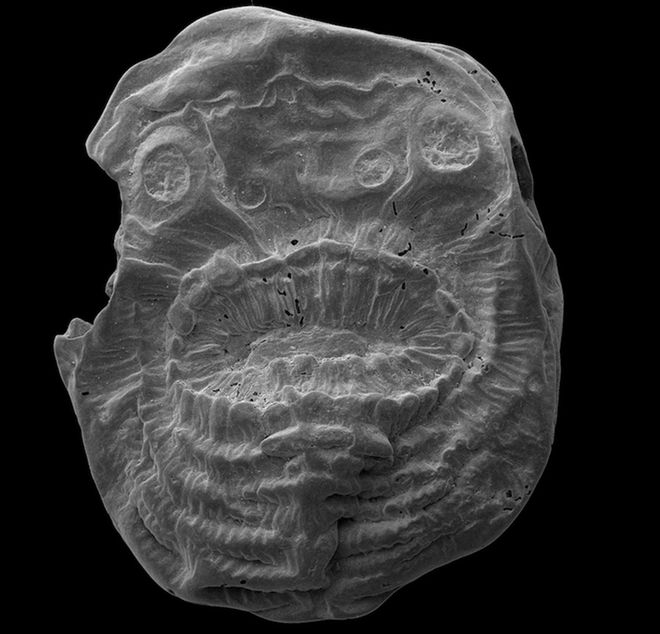 This creature may be the earliest known prehistoric ancestor of humans. So, you know, take a snapshot and add it to your family album. Jian Han, Northwest University, China

In addition to its puckered orifice, the critter had thin, relatively flexible skin, suggesting it had musculature that allowed it to wriggle around.

There are four openings on either side of the body that researchers suggest could be the precursor to gill slits. Tiny pores speckled across its body are more mysterious. The authors propose that they secured the critter to grains of sand or they had a sensory role.

Many other early deuterostomes that scientists have found are from around 510 to 520 million years ago, but Saccorhytus is 20 to 30 million years older than even that. It lived among the sand grains on the seabed in the early Cambrian period. During the Cambrian, a burst of diversification meant the deuterostomes rapidly split into a large number of groups.

“Saccorhytus now gives us remarkable insights into the very first stages of the evolution of a group that led to the fish, and ultimately, to us,” said co-author Degan Shu of Northwest University.

The discovery could shine a light on another enduring mystery: Why is there a gap in the fossil record from when animals are thought to have arrived on the scene based on the "molecular clock"?

“If indeed the first of these animals including Saccorhytus were very, very tiny, they could only preserve in very, very exceptional circumstances – they basically slip through the fossilisation net,” added Morris to The Guardian.

It’s an intriguing possibility, but more work is needed to confirm it. Perhaps there is an even deeper, more enigmatic history waiting to be discovered. 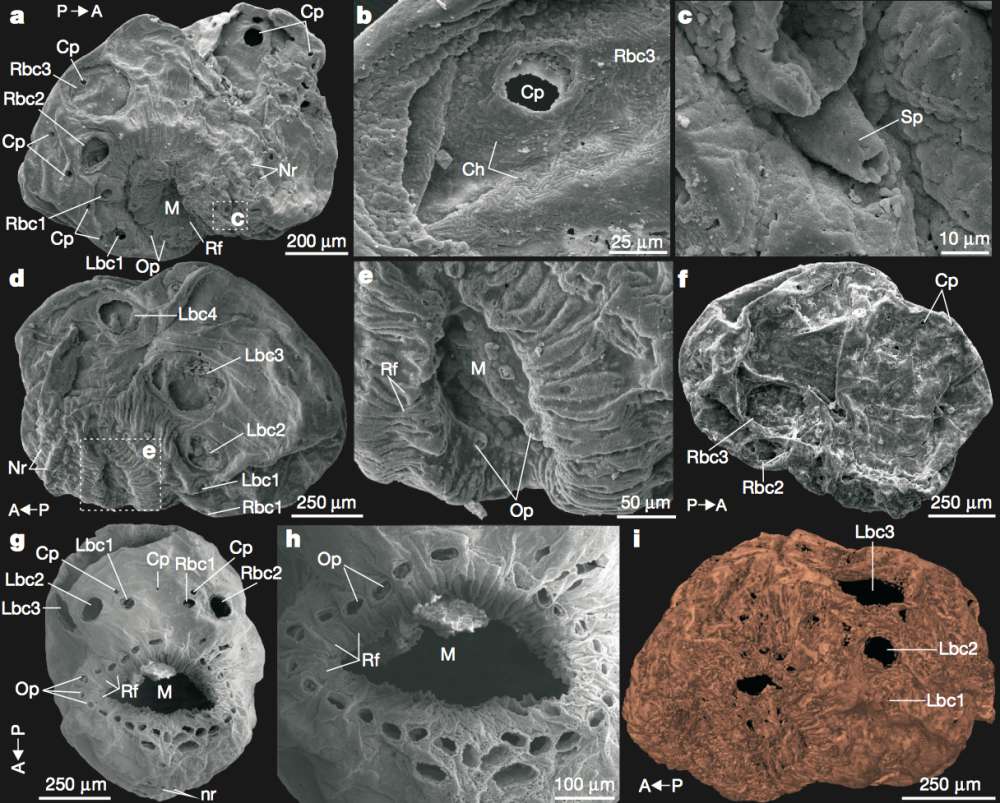 In image (g), you can see a ventral view of the body cones (bc), the mouth (M), and two circular pores (Bc1). Credit: Simon Conway Morris/University of Cambridge