The announcement of Pixar's "Finding Nemo" sequel, "Finding Dory," is great news for the hundreds of millions who loved the original film. But it's cause for concern for already beleaguered tropical reef fish researchers who fear its popularity could spark a new round of pillaging from the wild after clown fish populations on coral reefs have been declining since the first film’s release. This time, however, some scientists are ready, and have a plan to save clownfish from being killed by overpopularity.

The environmental themes of "Finding Nemo" were so obvious it should have been nothing other than a force for good. Unfortunately, many people managed to miss the film's message that “fish belong in the ocean” entirely and instead demand for clownfish in aquariums skyrocketed. “What most people don’t realize is that about 90 per cent of marine fish found in aquarium shops come from the wild,” said Carmen da Silva, a PhD student at the University of Queensland in a statement.

The consequence was just one more piece of devastation for one of the most endangered ecosystems in the world. In some areas clownfish have become locally extinct from over-harvesting.

Da Silva and her mother, Flinders University's Dr. Karen Burke da Silva, are hoping to change the picture this time. “Clownfish are extremely easy to breed and females lay many eggs at a time so there is really no reason to collect them from the wild. Nursery-bred fish are also far happier and healthier in tanks than wild-caught fish,” said Burke da Silva.

Dr. Karen Burke da Silva (left) and Anita Nedosyko examine a nursery-raised clownfish of the sort people should buy over wild ones. University of Queensland

The Saving Nemo Conservation Fund is encouraging people to make sure any fish they buy were raised in captivity. They are running their own small breeding program, and promoting efforts to brand sustainably raised fish in what da Silva told IFLScience is a $250 million dollar industry.

Film fans will need to stick to having their own Nemos and Marlins, rather than blue tangs like Dory, which are pelagic spawners that, at least currently, can't be raised in captivity. Burke da Silva told IFLScience, “Blue Tangs also grow too big, up to 30 centimeters (1 foot), people tend to get rid of them.” Clownfish, on the other hand, which can live up to 35 years in the wild without outgrowing their anemone, make perfect aquarium pets.

Saving clownfish is not just important for the orange and white beauties. Burke da Silva told IFLScience, “Clownfish help protect their anemones, without them they are much more vulnerable. Anemones bleach like coral, and when one bleaches a clownfish will move to an unbleached one if it is unoccupied and sufficiently nearby. A bleached anemone without its clownfish is very unlikely to survive.”

To raise awareness of the need to buy only captive-born clownfish the da Silvas have launched a hastag #fishkiss4nemo where people can post images of themselves making fish faces. They are also hoping to draw support from the cast of "Finding Dory," particularly Ellen DeGeneres, who voices Dory. And if no celebrity support comes forward to take their message to the world...they'll just keep swimming. 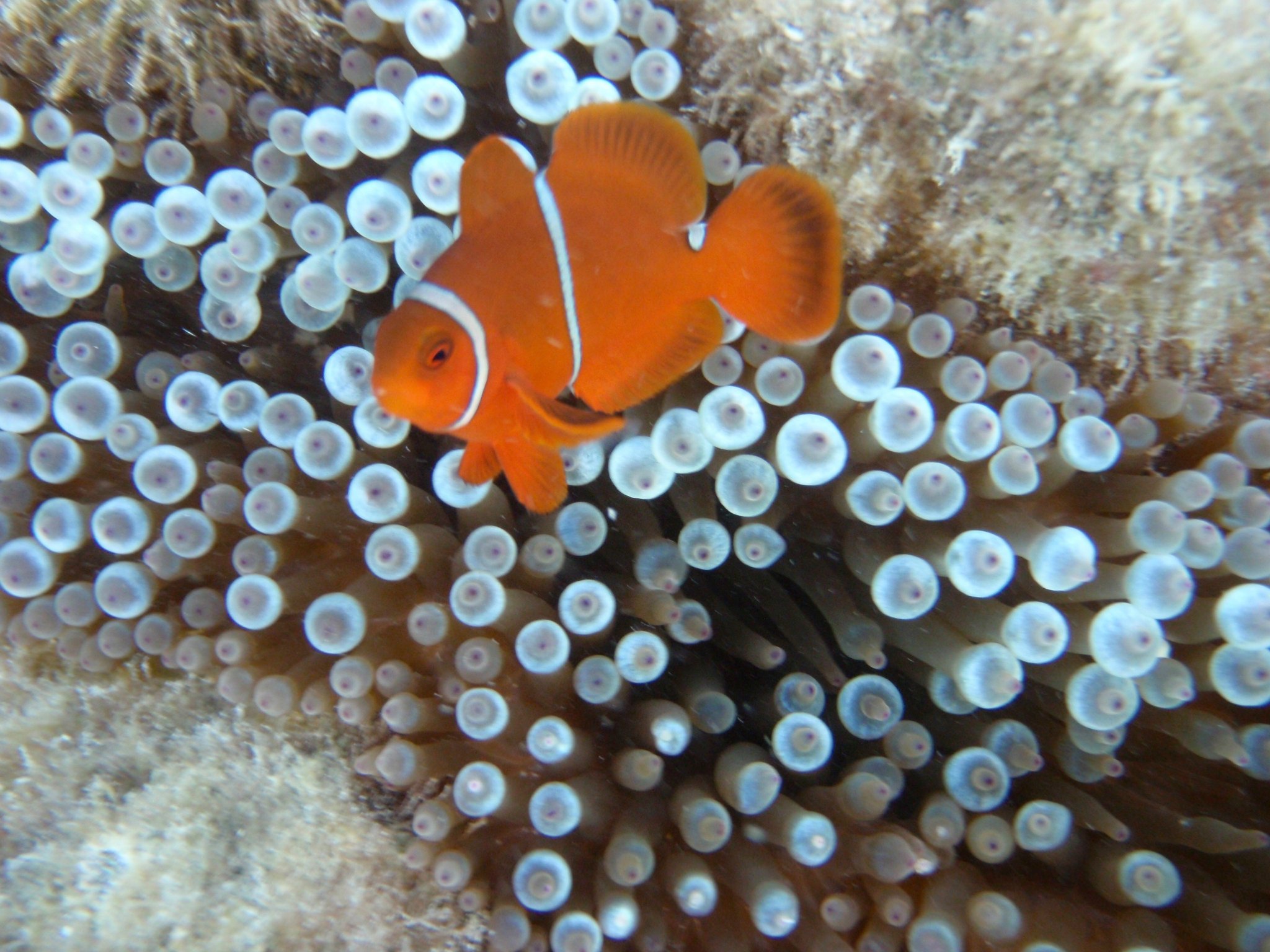 It is when anemones are bleached, such as after the recent heatwave, that they need their clownfish the most. University of Queensland.