Spare a thought for this poorly duck-billed beast. A new study, published in the journal Royal Society Open Science, reveals that a 70-million-year-old hadrosaur suffered from acutely painful septic arthritis, an inflammation of the joints caused by a bacterial infection within bone cartilage.

Septic arthritis occurs in birds and crocodiles, closely related descendants of the dinosaurs. It also afflicts humans, which means that dinosaurs and our own species had more in common than previously thought – it’s just a shame that it’s something so physiologically miserable.

This is the first time this condition has been found in any of the non-avian dinosaurs, but as New Scientist points out, another arthritic disease known as osteomyelitis was fairly common among their kind. These poor creatures, of course, had no way to relieve or mitigate their pain, and consequently suffered in agony for the rest of their lives.

The remains of this particular unfortunate wanderer were unearthed in New Jersey. Paleontologists only managed to find its radius and ulna (forearm) bones, so it’s not clear what species of dinosaur it is exactly, but the team are reasonably confident it belonged to the hadrosaurid family, a group of plant-eating dinosaurs whose heads were often adorned with an enigmatic crest.

After finding a strange fossilized growth feature within the bones, the team sent them to a cutting-edge X-ray facility in order to determine what it was. After ruling out cancer, gout, tuberculosis, and other forms of arthritis, the researchers determined that it must be septic arthritis, which is a particularly severe form of the bone disease.

“The condition would have made it almost impossible for the animal to move its elbow, making it look a bit like the hobbling pigeons you see today,” the study’s lead author Jennifer Anné, a geologist and X-ray imaging expert at the University of Manchester, said in a statement. “It’s almost humbling to think that the same conditions that affect the pigeons on the street might have also affected their impressive dinosaur relatives.” 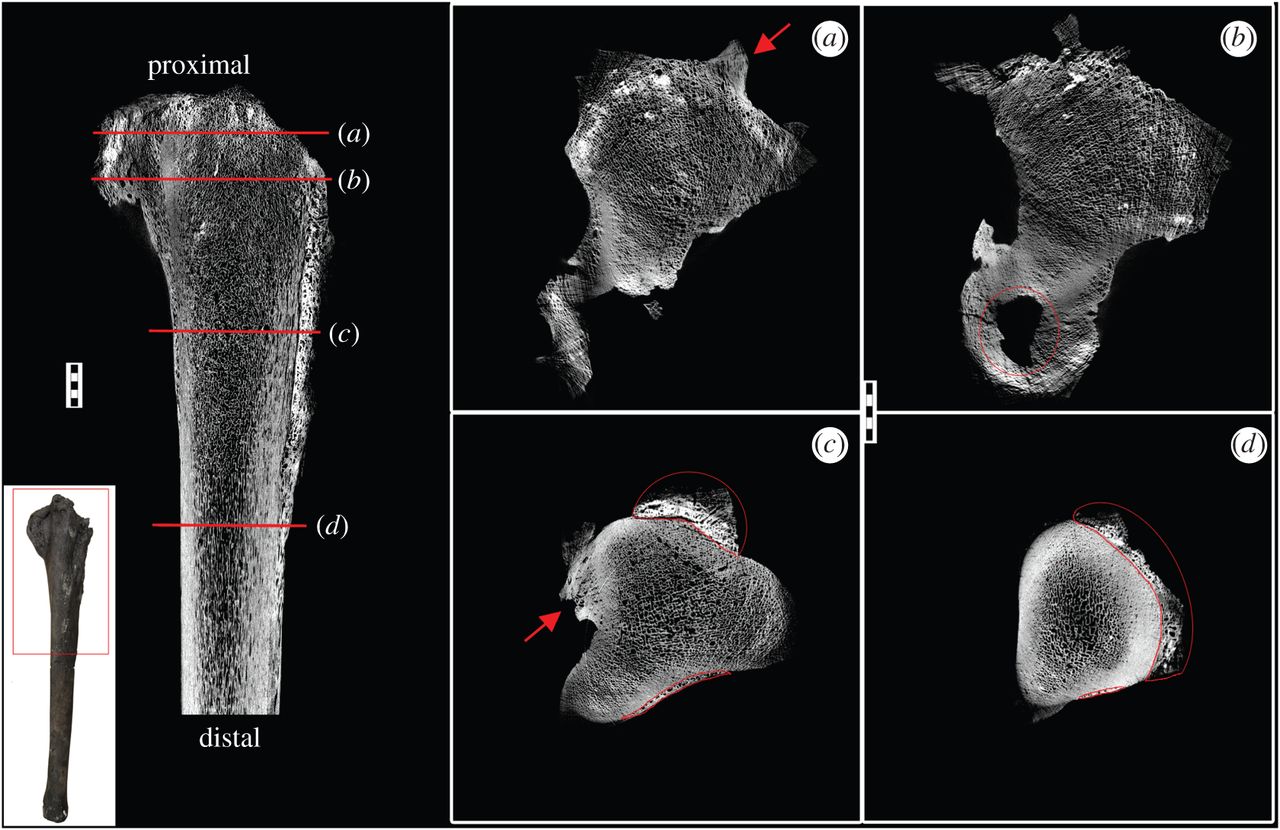 It was lucky that the forearm was even found, as it was on the verge of crumbling into an unidentified fine powder. During the process of fossilization, the mineral pyrite – an iron sulfide compound – had found its way into the bone. Under conditions of high humidity, the pyrite oxidizes and expands, which consumes the fossil. Serendipitously, the team found it just in time.

“The fact that such a fossil was preserved is difficult to comprehend,” added co-author Jason Schein of the New Jersey State Museum. “It’s exciting to think that New Jersey is still producing scientifically important finds after over 200 years of paleontological discoveries.”

Just recently, another member of the hadrosaurid family was excavated, and found to have a facial tumor – the first time a tumor of this type had ever been found in a dinosaur. Clearly, this evolutionary lineage had a fair bit of bad luck along the way.

Dinosaurs had a tough break. Before massive volcanism, climate change, and an apocalyptic asteroid impact finished them off, the rise of opportunistic mammals were probably forcing them into decline. As increasing amounts of fossil evidence is also revealing, dinosaurs were often riddled with injuries, tumors, and diseases. 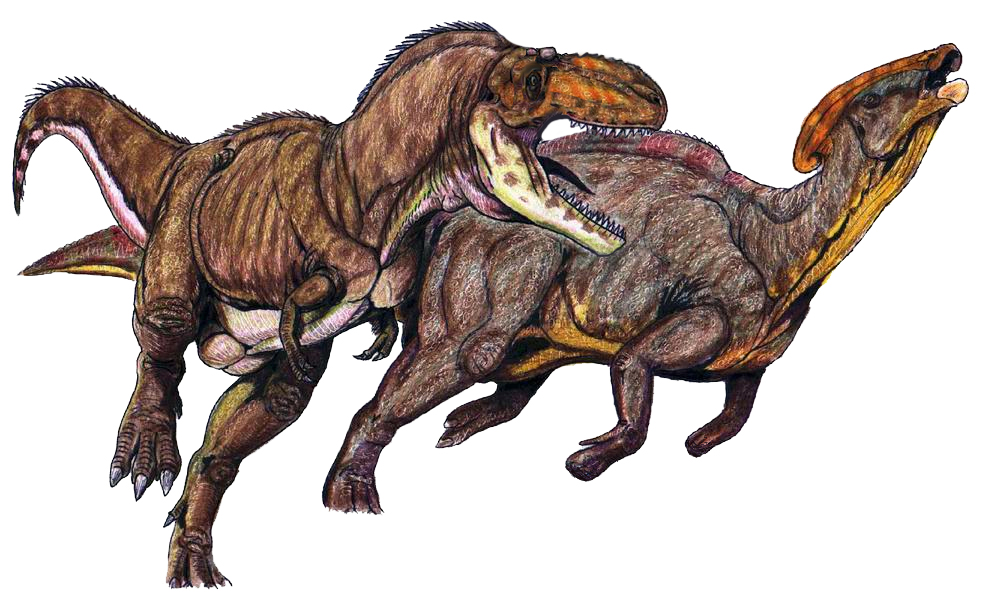 A poor Parasaurolophus, a type of hadrosaurid, being attacked by a Teratophoneus. Wikimedia Commons; Public Domain