Babies and puppies aren’t great conversationalists, no matter what some people may say to the contrary. Rather than talk to them like adults, we tend to use very strange speech patterns or just a garbled series of noises at a fluctuating pitch. As it turns out, the fact that we do this to both babies and puppies reveals a lot about our own evolution.

Writing in the Proceedings of the Royal Society B, a team from the University of Lyon/Saint-Etienne found that we talk to not just puppies, but dogs, in much the same way we talk to babies. Namely, we use a high frequency, speak slowly, and use very simple words. “Who’s a good boy?” and “Hey there! Heeeey there!” are good examples of this.

After comparing and contrasting the reactions of babies, dogs, puppies, and adults to this kind of speech, they noticed that both puppies and babies respond positively to it, whereas older dogs pay little attention to it. Adult humans, of course, just think you’ve gone a bit doolally.

Although it’s difficult to prove, this pattern of speech – one that most of us engage in at some point – may have evolved so adults could interact on some level with non-speaking listeners. This primarily applies to human offspring, but we apply the same to puppies because we still see them as uninformed, ineloquent younglings.

The technical term for this type of speech in reference to our canine companions is “dog-directed speech.” Baby talk engages babies in a way that fosters attention and language learning, and we naturally apply this to puppies even if we don’t get similar results. (Well, maybe sometimes we do.)

It’s not just because we are drawn to anything with a baby-like face – and we are – but because this pitch of voice appears to engage puppies in a way that others do not. 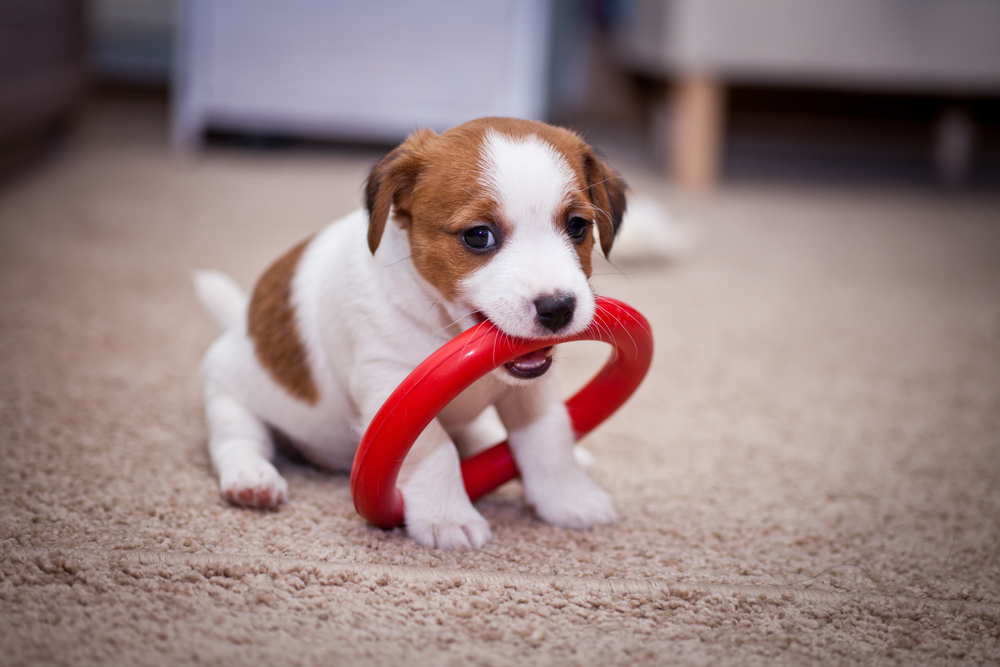 You're baby-talking to the screen right now, aren't you? dezi/Shutterstock

In order to find this out, various sentences like “Come here, come here. Good boy, who’s a good boy?” were directed at both dogs of all ages and the research team. The team noticed that our pitch increases by 21 percent on average when we speak to puppies compared to our normal speaking tone.

“We found that puppies are highly reactive to dog-directed speech, in the absence of any other cues, like visual cues,” Nicolas Mathevon, a professor of bioacoustics at the University of Lyon/Saint-Etienne, told BBC News.

“Conversely we found that with adult dogs, they do not react differentially between dog-directed speech and normal speech.” Elder pets, it seems, prefer the familiarity of people they’ve been raised by.

Although more research is required, it appears that regardless of how you speak to them, cats simply do not give a shit.