It’s easy to see why conservation has an optimism image problem. Reading conservation news is mostly really, really depressing. Media coverage is all doom and gloom. It seems that every day heralds the announcement of the decline of another species, another creature is added to the endangered species list, another habitat has been lost.

This summer alone has seen announcements include elephant populations in Africa have declined 30 percent in just seven years, the first ever bee species is due to be listed as endangered, and a quarter of the Great Barrier Reef is now dead.

Which is why the announcement of the world’s first Conservation Optimism Summit, to be held in April next year, to coincide with Earth Day, is some much-needed positive news.

Worried about the negative focus of conservation coverage, the Zoological Society of London and Oxford University have teamed up to host the world's first summit to address this “culture of despair” and highlight the positive work being done in conservation.

Held in London, the summit will bring together people from conservation foundations, governments, NGOs, academia, and science to try and bring about a new, positive attitude towards environmentalism and conservation.

“In broad terms, we are trying to effect a change in the way people think about conservation,” said Professor EJ Milner-Gulland from Oxford, who spearheaded the event, in a statement. “There's lots of bad news out there, and it can give the impression that the field is all doom and gloom.” 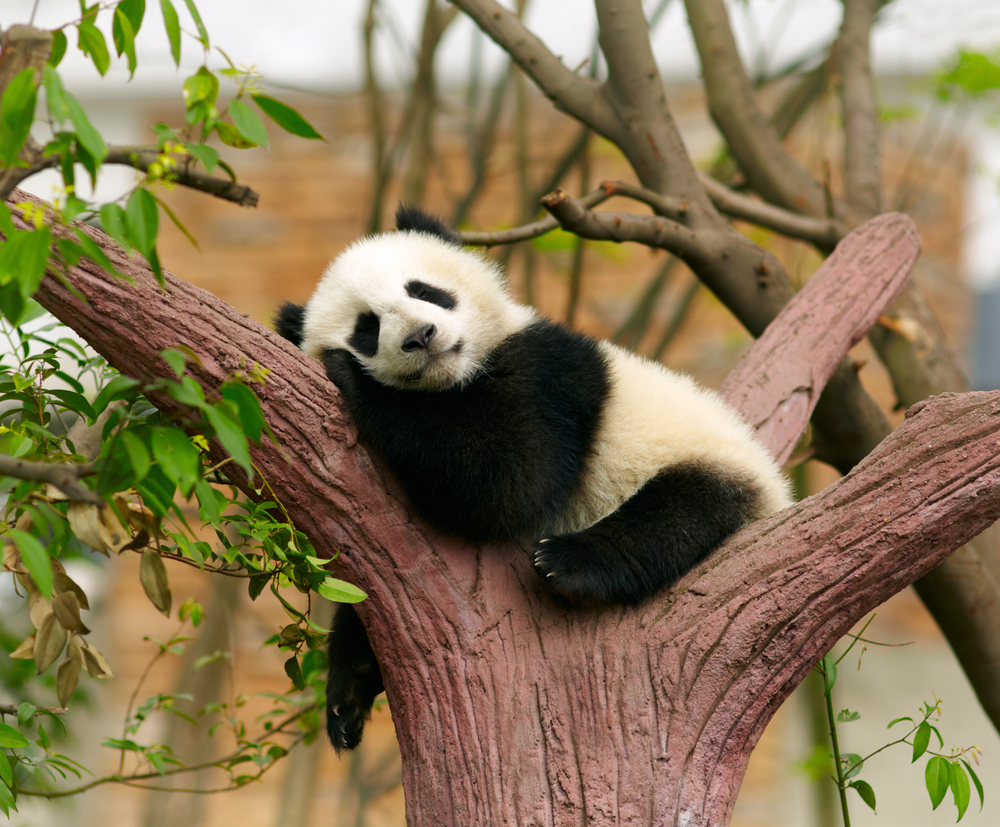 Pandas were taken off the endangered species list this year. Yay! SJ Travel Photo and Video/Shutterstock

They are of course being careful not to undermine the enormous challenge and sometimes overwhelming task that is attempting to save the environment, species, and habitats that are being decimated due to human advancement. The IUCN Red List and Living Planet Index are important markers of the current state of things.

But if the media coverage of conservation is relentlessly negative, they are worried that people may feel like the challenge is too big, too overwhelming, that it is hopeless and they are helpless, ultimately resulting in the public losing interest because it is already a lost cause.

According to Jonathan Baillie, Conservation Programmes Director at ZSL, in the statement, “…this is not the way to inspire change. We need to create a positive vision for the future, focus on solutions and inspire society to take action. We need to celebrate success, identify what is working and bring it to scale.'

Hopefully, by celebrating successes and sharing positive stories of hope at a global summit level, this will not only provide a more positive and hopeful attitude towards conservation but also inspire action. A large part of the summit will be dedicated to inspiring young people to get involved in conservation work, both personally and professionally.

“What we need to do is change that mindset so that we can continue to attract talented young people into conservation, as well as engaging the public with important topics like biodiversity and ensuring we can influence policy makers to help address the most urgent problems facing the planet,” said Milner-Gulland.

There is, of course, plenty to celebrate in the conservation world too. This year both pandas and humpback whales have been taken off the endangered species list as populations have bounced back. The recent Convention on International Trade in Endangered Species (CITES) in South Africa has just introduced trade bans hopefully ending the plights of some of the most trafficked animals in the world, including pangolins and African grey parrots, as well as shooting down attempts to resurrect the ivory trade.

After all, conservation is ultimately an act of hope. By being reminded of and celebrating the work done by dedicated, passionate people, demonstrating the success stories, highlighting innovative research, and sharing global action plans, it’s quite hard not to feel optimistic already.