A collaboration between some of the world's leading marine biologists and three major philanthropic organizations has set a goal of saving 50 of the world's most important coral reefs. Eventually, these may be used to restore the wealth of the oceans, once we get global warming under control.

The 50 Reefs project represents a damning indictment of the future of our planet. Coral reefs are the most biologically diverse ecosystems on Earth, containing a quarter of the species of the entire oceans, and yet we expect to lose 90 percent of them to a combination of environmental threats. However, project co-founder Professor Ove Hoegh-Guldberg told IFLScience: “I am optimistic. We need to preserve what will survive global warming from other threats, because they will be the source of the seeds of the future.”

As long as warming continues, Hoegh-Guldberg reasons, reefs are in danger, as even those species that survive one bleaching event may be felled when temperatures rise further. However, once thermometers stabilize, those coral species adapted to a warmer world will have the opportunity to reclaim their place. A few species may survive in aquariums, but the best chance to truly conserve the rich complexity of coral reefs is in the oceans.

The first stage of the project, Hoegh-Guldberg told IFLScience, is to identify the 50 priority reefs for saving. The decision will take into account the biological richness of candidate reefs, as well as their chance of surviving in a warmer world. For example, reefs in cooler climates have better prospects than those already near the top of their thermal range.

One part of this process, Hoegh-Guldberg noted, is to “define what the basic unit of a reef is.” Sadly, saving the entire Great Barrier Reef, for example, is not an option, but a patch of coastline with several closely connected outcroppings might be considered a single reef for these purposes. There will also be discussion as to whether some temperate water reefs, such as those found off South Africa and New South Wales, are worthy of inclusion.

Although assessments of value and survival prospects will be made by expert coral scientists, Hoegh-Guldberg said a “robust and transparent algorithm” would be used to make the final selection. These will be dotted around the world, not only to maximize the diversity that is protected, but to make the job of reseeding dead reefs easier.

Once the selection process is complete, work will be done in protecting the chosen reefs from over-fishing and pollution from nearby resorts and agriculture. This will require the support of governments and local communities, but it is hoped that the financial resources of the project's sponsors – Bloomberg Philanthropies, The Paul G. Allen Family Foundation, and The Tiffany & Co. Foundation – will ease the process.

Hoegh-Guldberg has previously investigated more radical solutions, such as floating shade cloths to keep corals cool, while others have proposed slow-release alkaline materials to locally counter ocean acidification. So far, these are not under consideration, but eventually everything may be on the table.

In a world largely without reefs, tourism pressure on the few that survive is likely to be intense. Hoegh-Guldberg told IFLScience that while there are challenges to ensure too many visitors don't love reefs to death, the chosen sites will not be sealed off from the public. “We need people to see reefs so they understand why we are protecting them,” he said. 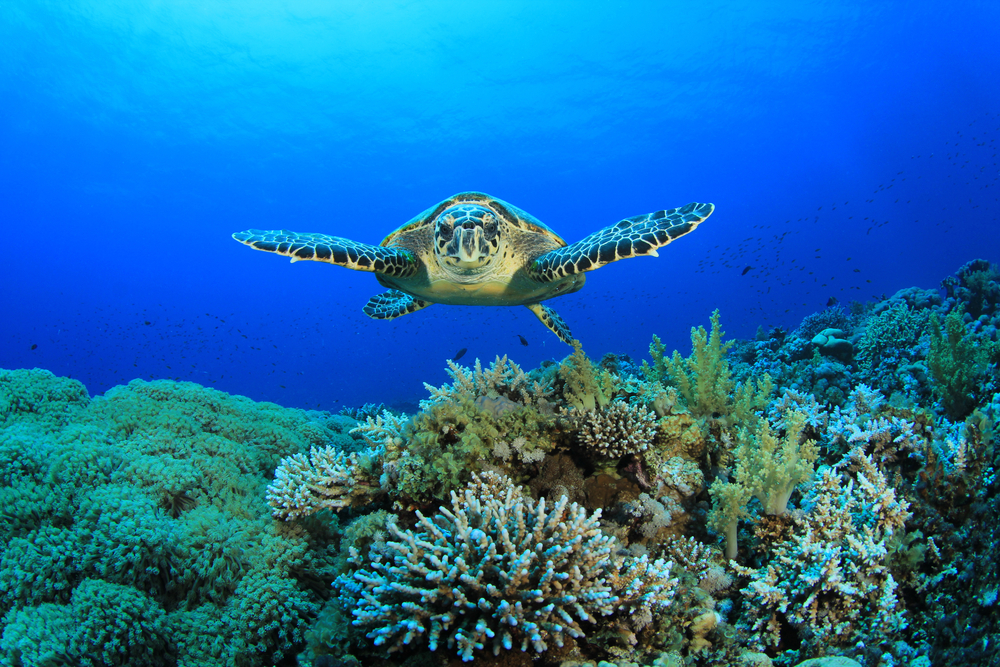 Saving a coral reef is not just about the coral, it's also important for visitors like sea turtles. Rich Carey/Shutterstock