Sporting a colorful array of sorbet pinks, yellows, and oranges, the new coral-reef fish is certainly a looker – especially when compared to the spider and flatworm also named in tribute to Obama.

The creature was discovered by marine biologist Richard Pyle while diving among Hawaii’s deep-sea corals. Found at a depth of 91 meters (300 feet), the underwater beauty is only found within the Papah?naumoku?kea Marine National Monument.

It was partly for this reason that the fish was named after the 44th president, who expanded protection of the national monument in August 2016, creating the largest marine conservation preserve in the world. The other reason was because “the spot on the males is reminiscent of President Obama's campaign logo," said Pyle in a statement.

The fish, whose description is published in the journal Zookeys, was only recently discovered due to its deep-sea depths, small size (6.1 centimeters/2.4 inches), and similarity to another tropical fish called Pseudanthias thompsoni.

Unfortunately, these little guys don’t exactly live the life of luxury. “It’s a tough place to be a small fish,” Pyle told the Washington Post. “Big fish will eat these guys like popcorn.” 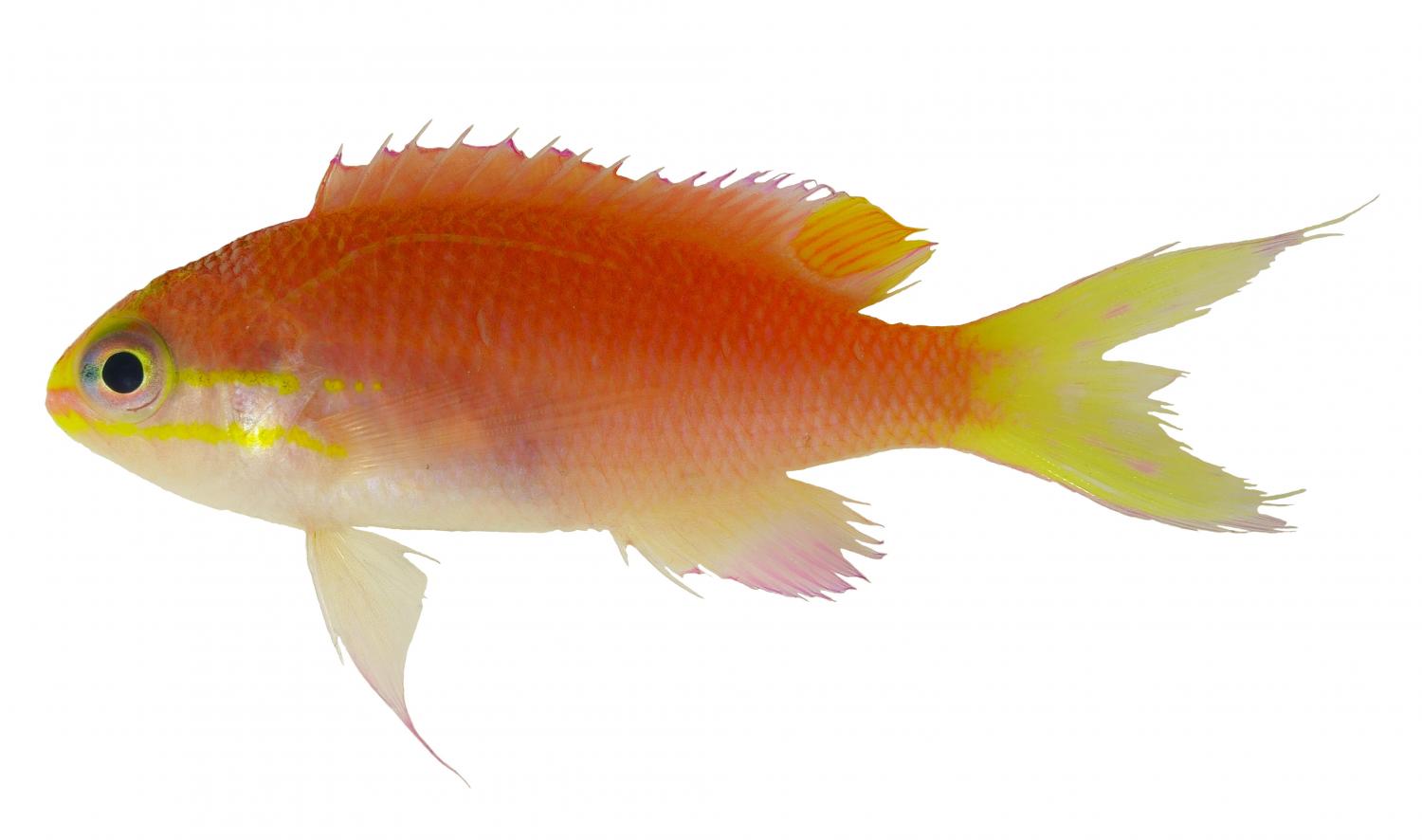 A male and female specimen were discovered during a research trip to Kure in June of this year. At 45 to 152 meters (150 to 500 feet), the atoll’s deep-water reefs are considered a “twilight zone” of ecological diversity, as it is located deeper than most conventional divers are willing to venture.

However, using advanced diving systems known as closed-circuit rebreathers, Pyle and co-authors Brian Greene and Randall Kosaki have been able to probe the relatively unexplored region. In August of this year, Pyle and Kosaki also found a new species of butterflyfish (Prognathodes basabei).

"These deep coral reefs are home to an incredible diversity of fishes, corals, and other marine invertebrates," said Greene. "There are many new species still waiting to be discovered down there.”

Four other creatures have also been named after President Obama — a trapdoor spider, a speckled freshwater darter, a parasitic worm, and an extinct lizard.

In a strange form of compliment only a scientist can give, the parasitic flatworm was dubbed Baracktrema obamai. The tiny species infects the lungs of freshwater turtles in Malaysia. Discoverer Thomas Platt, a turtle disease expert, said he has a deep respect for the creatures and the name is in honor of President Obama.