Several high-ranking retired military and national security officials have declared climate change as a “significant and direct” threat to the US and its military. In a series of statements released this week by the Center for Climate and Security, a Washington-based think tank, 25 former senior officials are calling on the next US president to create a cabinet-level post to deal specifically with climate change.

The signatories, which include the former commander of the US Central Command, underline that conflict, state failure, and mass migration will get worse in already unstable regions as global temperatures climb.

“The impacts of climate change present significant and direct risks to the US homeland, including to critical energy and military infrastructure,” they said. “Climate change increases stress on water, food and energy security both in the US and globally, resulting in unique and hard-to-predict security risks.”

This isn’t the first time that climate change has been declared a threat to national security. The US Department of Defense announced last year that “global climate change will aggravate problems such as poverty, social tensions, environmental degradation, ineffectual leadership and weak political institutions that threaten stability in a number of countries.”

The White House under the Obama administration has repeatedly stated that climate change is a direct threat to the nation’s security, as well as the wider world.

“What we know is that – as human beings are placed under strain, then bad things happen,” Obama said last year, as reported by the Washington Post. “And, you know, if you look at world history, whenever people are desperate, when people start lacking food, when people – are not able to make a living or take care of their families – that’s when ideologies arise that are dangerous.”

Obama is a data and evidence-driven Commander-in-Chief. He has a great respect for the scientific method, and does not make decisions without immersing himself in the most up-to-date literature. In terms of the rise of dangerous ideologies and behaviors, then, the science shows he’s dead right, and this new statement is further validation of this line of thought. 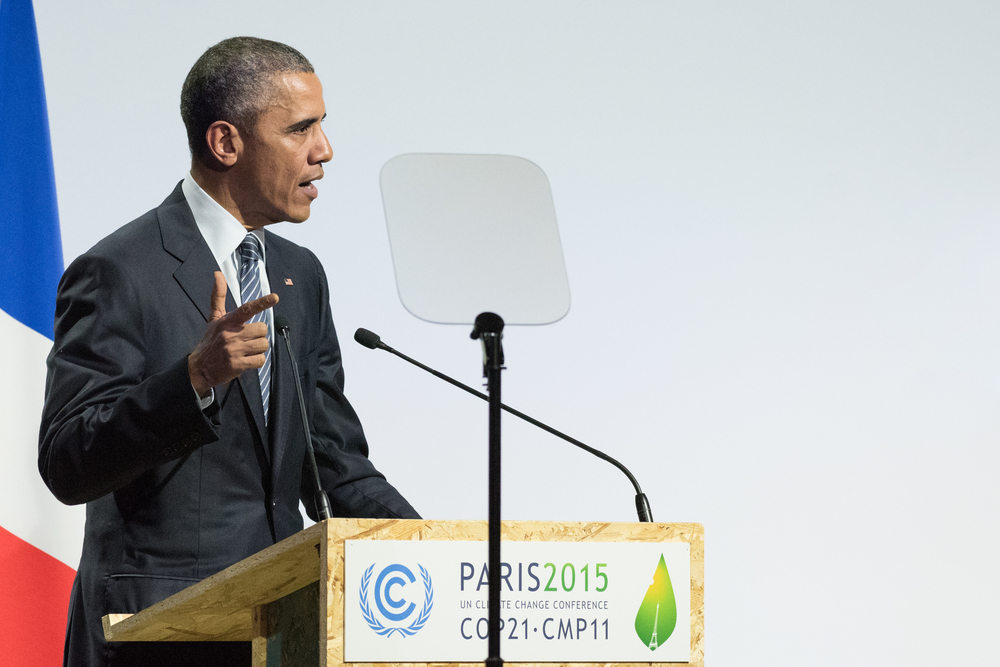 Obama is trying to make climate change mitigation and environmentalism one of his lasting legacies. Frederic Legrand - COMEO/Shutterstock

As one particularly distressing review recently pointed out, climate change has already exacerbated conflict around the world in a range of diverse settings.

From civil war intensity in sub-Saharan Africa to insurgency in India, there is a worryingly linear relationship between temperature and conflict. By 2100, temperature-induced stress could contribute towards an extra 22,000 murders, 180,000 rape cases, and 1.2 million aggravated assaults in the US alone.

There is also a clear link between the economic prowess of a region and its proclivity for conflict. Generally speaking, the wealthier a nation is, the less likely it is to engage in civil war. By the century’s end, it’s possible that the global GDP will have shrunk by nearly a quarter of its current value, which guarantees that poorer nations will become less stable over time.

Hillary Clinton, the Democratic candidate for the US presidency, clearly acknowledges and accepts the science behind climate change, as well as the unfolding catastrophes it’s causing. “Climate change is an urgent threat and a defining challenge of our time,” a statement on her campaign website reads. “It threatens our economy, our national security, and our children’s health and futures.”

Donald Trump, the Republican flag bearer, has a long track record of denying that climate change is even real, let alone it being a threat to national security. “I believe there’s weather,” he declared last year. 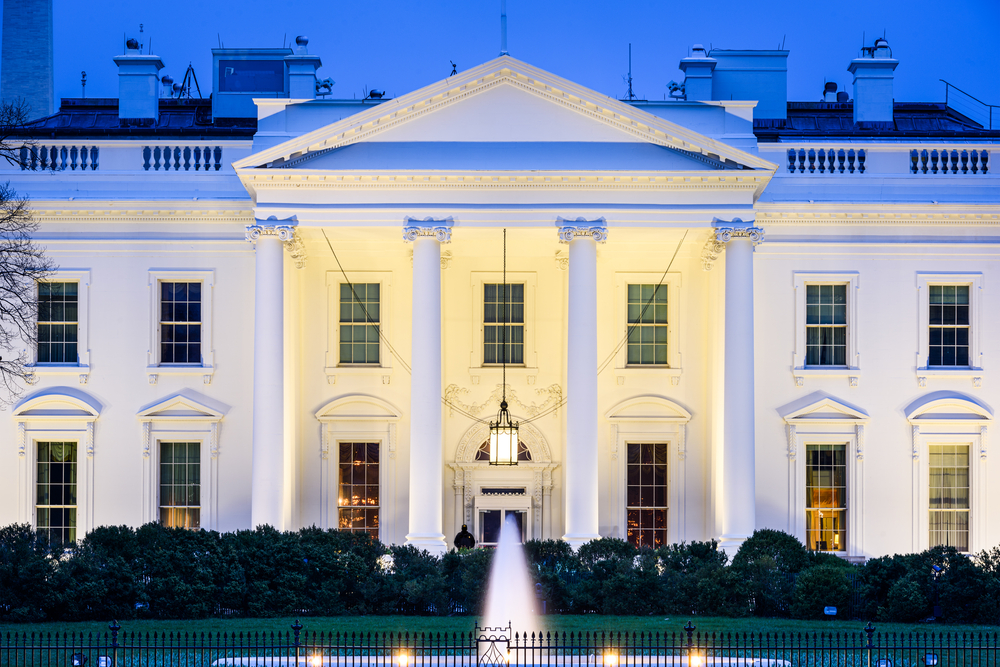 Whomever occupies this building from next January onwards has the power to act swiftly on climate change – if they so choose, that is. Sean Pavone/Shutterstock