There’s a monstrous iron serpent beneath our feet, hiding with the planet’s liquid outer core. Traveling at around 50 kilometers (31 miles) per year, it is currently based in the Northern Hemisphere and is currently moving westwards under Alaska and Siberia.

As announced at the annual gathering of the American Geophysical Union (AGU) in San Francisco, it’s probably also altering, and being driven by, the planet’s magnetic field.

Talking to BBC News, Dr Chris Finlay, a senior scientist at the Technical University of Denmark, said that “this a very dense liquid metal, and it takes a huge amount of energy to move this thing around.” As far as they can tell, this so-called jet stream probably has “the fastest motion we have anywhere within the solid Earth.”

It was first detected by a triplet of satellites in the Swarm program, an initiative by the European Space Agency designed to map Earth’s magnetic field in unprecedented detail. Not only is it moving around the molten iron-nickel hellscape with considerable momentum, but according to the accompanying Nature Geoscience study, it is also accelerating.

Right now, it’s about 420 kilometers (261 miles) wide and it encircles about half the planet’s circumference. Between 2000 and 2016, its amplitude – the height of its waves – has mysteriously increased in length by about 40 kilometers (25 miles) per year. It’s become so powerfully magnetic that it’s even influencing how the solid inner core is rotating.

It’s likely that the iron jet stream is wrapped around a boundary known as the “tangent cylinder”. This is a loosely-defined geometric structure that stretches from the geographic North Pole to the South, and one that encompasses the solid inner core. The team think that the stream is pulled around by changes in the core’s magnetic field, like a bar magnet moves a string of iron filings around on a table. 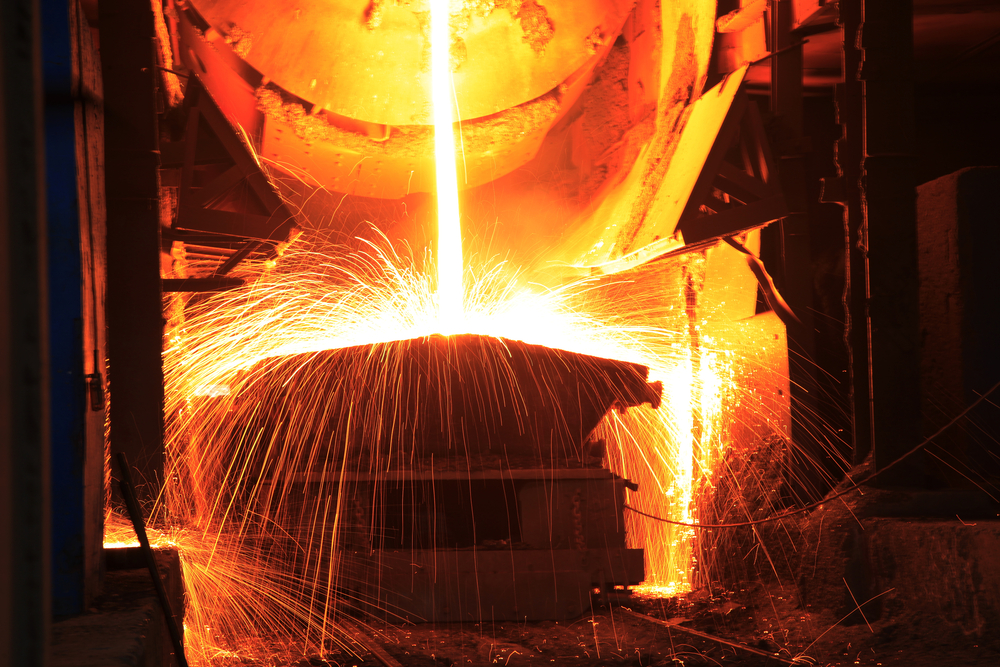 Based on its magnetic properties, it is certain that the jet stream is made of liquid iron. zhengzaishuru/Shutterstock

Even before the iron serpent was discovered, the liquid outer core was already an incredibly dynamic place. Found between the partly molten, massive mantle above the inner core below, it’s roughly 2,300 kilometers (about 1,400 miles) thick and is a turbulent maelstrom of metallic currents.

Reaching temperatures of 7,730°C (13,940°F), the outer core is the heat engine that drives the mantle’s own massive convection currents, which in turn drive the motion of plate tectonics further up. It also has a major role in generating Earth’s magnetosphere. Without the outer core, life as we know it would not be possible.

There’s a lot about this all-important realm that we do not yet understand, and the dramatic reveal of the iron jet stream underscores this beautifully. The metallic daisy-chain, with no clearly defined age or patterns of behavior, is a brand new enigma that raises more questions than it gives us answers.