Reindeer are an integral part of Christmas stories. Santa’s faithful eight – Dasher, Dancer, Prancer, Vixen, Comet, Cupid, Donner, Blitzen – have been pulling Santa’s sleigh and helping deliver gifts to children worldwide on Christmas Eve since the early 19th century, when they were first name-checked in the poem The Night Before Christmas. And what is Christmas without Rudolph?

But things have not been going so great recently for our favorite Christmassy creatures, and reindeer are facing an uncertain future. Does Santa need to start looking for a new mode of transport?

Several studies have come out this year expressing concern for the future of reindeer populations due to the adverse effect of global warming temperatures on everything from their diet to their habitat.

At least 80,000 reindeer have starved to death in the Arctic in last decade due to famine caused by unprecedented weather patterns. Some 20,000 reindeer died in 2006, and then in 2013 Arctic Russia saw a mass die-off of 61,000 reindeer. Scientists have recently confirmed in a new study that both events are not only linked but were caused by the same thing, and could very likely happen again.

During those years, unseasonably late warm temperatures in the Arctic meant low sea ice cover, which in turn increased the humidity and evaporation, causing heavy rainfall. When the winter temperatures then dropped, the wet ground froze into a hard, impenetrable layer of ice instead of the soft snow that would allow the reindeer to forage for food. Reindeer are capable of smashing ice a couple of centimeters thick to get to the vegetation that lies beneath, but in those two years the ice was tens of centimeters thick, impossible to access. As a result, thousands starved to death.

As we have reported multiple times this year, 2016 smashed the record for the hottest year and lowest sea ice extent to date, so the likelihood of this set of circumstances happening again is, unfortunately, more than likely. 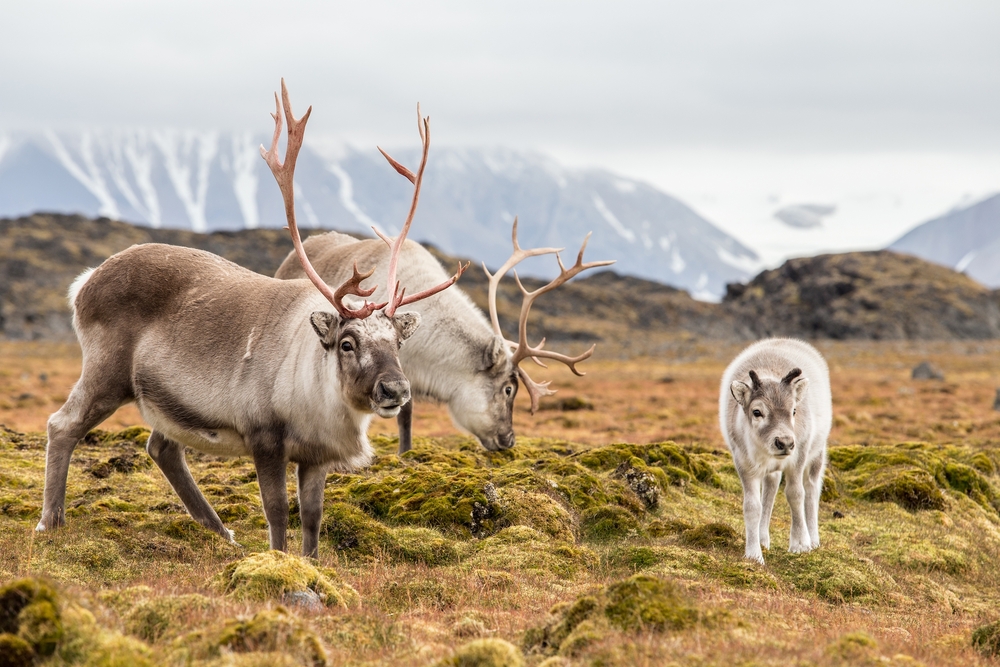 Christmas with the family. Incredible Arctic/Shutterstock

This year also saw a heatwave in Siberia melt some of the permafrost, unleashing an outbreak of anthrax that was blamed on a decomposing reindeer carcass that had been felled by a previous outbreak and then preserved in the icy tundra, only to be thawed out by unseasonably warm weather. This outbreak not only killed at least 2,500 reindeer but at least 13 people were infected and one person killed, too.

To stop the spread of this so-called “zombie anthrax”, Russia’s government announced a cull of at least 100,000 of the deer. However, experts have argued that the figure should really be twice that, in the region of 200,000, to contain it. The population of reindeer in Siberia is thought to currently stand at around 750,000.

It hasn’t been a great year for the reindeer population of Norway, either. Back in August, over 300 of the creatures were killed in one go in a lightning strike during a particularly ferocious thunderstorm.

Park rangers in the Hardangervidda National Park region of Norway discovered at least 323 reindeer dead in a concentrated area around 50 to 80 meters (160 to 260 feet) wide. This group probably gathered together to shelter themselves from the storm. Unfortunately, the close proximity of the herd made them more vulnerable to the lightning strike.

A spokesman for the Norwegian Nature Inspectorate confirmed that the suspected cause of death was indeed a lightning strike, though they weren’t sure if it was one or many. Either way, it looks like this event will go down in the history books as the biggest en-masse killing of any animal by lightning ever. Not an accolade anybody actually wants. 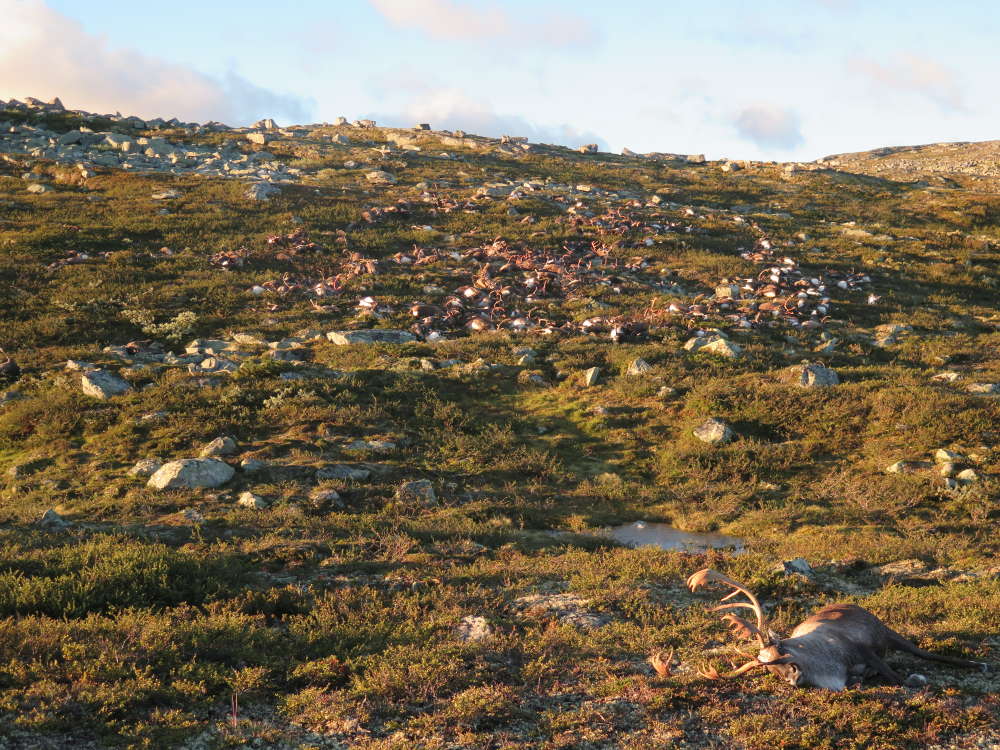 Norway is well known for its progressive attitude towards green energy. It gets nearly all of its electricity from renewables, recycling is compulsory, and it plans to ban all petrol cars by 2025. It’s very admirable, really. Except for the unforeseen consequences it's having on the country’s reindeer population.

Norway’s very attempt at conserving the planet is having an adverse affect on its native reindeer, as an estimated 40 percent of their natural grazing habitat has been lost – to green energy programs, of all things.

Norway’s mountainous geography is ideal for hydropower plants. However, what may look like thousands of miles of wild land to roam is actually being divided into small, isolated corridors of habitat by these very plants, access roads, and dams.

What was once two or three major herds that would migrate across the mountains has now become 23 isolated, distinct populations. Unable to roam, this means fewer opportunities to find food, and crucially, meet other deer to breed and mix up the gene pool.

The Renewable Reindeer project was set up this year by the Norway Institute for Nature Research (NINA) to try and find a solution so that both can coexist. However, their research suggests that further investment in renewable energy plants will cause a further loss of habitat and fragmentation, leaving stretches of land that are too small to viably hold the current populations.

So, if it comes down to Santa’s eight reindeer – and Rudolph if he’s lucky – keeping the planet’s reindeer population going, I hope you didn't forget to leave something out for them this Christmas Eve. They're going to need it.
Don't forget about Rudolph. Helenlbuxton/Shutterstock