Last year, the world was stunned when a new human ancestor, Homo naledi, was unearthed and described in a South African cave named “Rising Star”. The vast array of fossil evidence suggested H. naledi buried its dead, which is a ritual often thought to have been exclusive to our own species.

At the time, based on similarities with other ancestral Homo species around at the time, H. naledi was dated to be around 2 million years old. This means it just about predates the appearance of H. erectus, a prominent ancestor of ours that is the first known to use complex stone tools, including hand axes. However, a new study in the Journal of Human Evolution has revised this date down considerably.

This new team of researchers carefully compared the features of the skulls and teeth of the H. naledi fossils to those of all known hominids, living or extinct. By looking at incremental changes in skeletal structures over time, they calculated that H. naledi is far, far younger than previously thought.

“H. naledi might be less than a million years old,” Mana Dembo, a paleoanthropologist at Simon Fraser University and lead author of the study, told ScienceNews. More precisely, it appears that H. naledi is in fact just 912,000 years old.

This chronological reassignment certainly changes the story of human evolution, and at the very least suggests that ritualized behaviors do not extend back in time as far as we thought. The burning question, then, is where did H. naledi fit into this chaotic evolutionary tree? 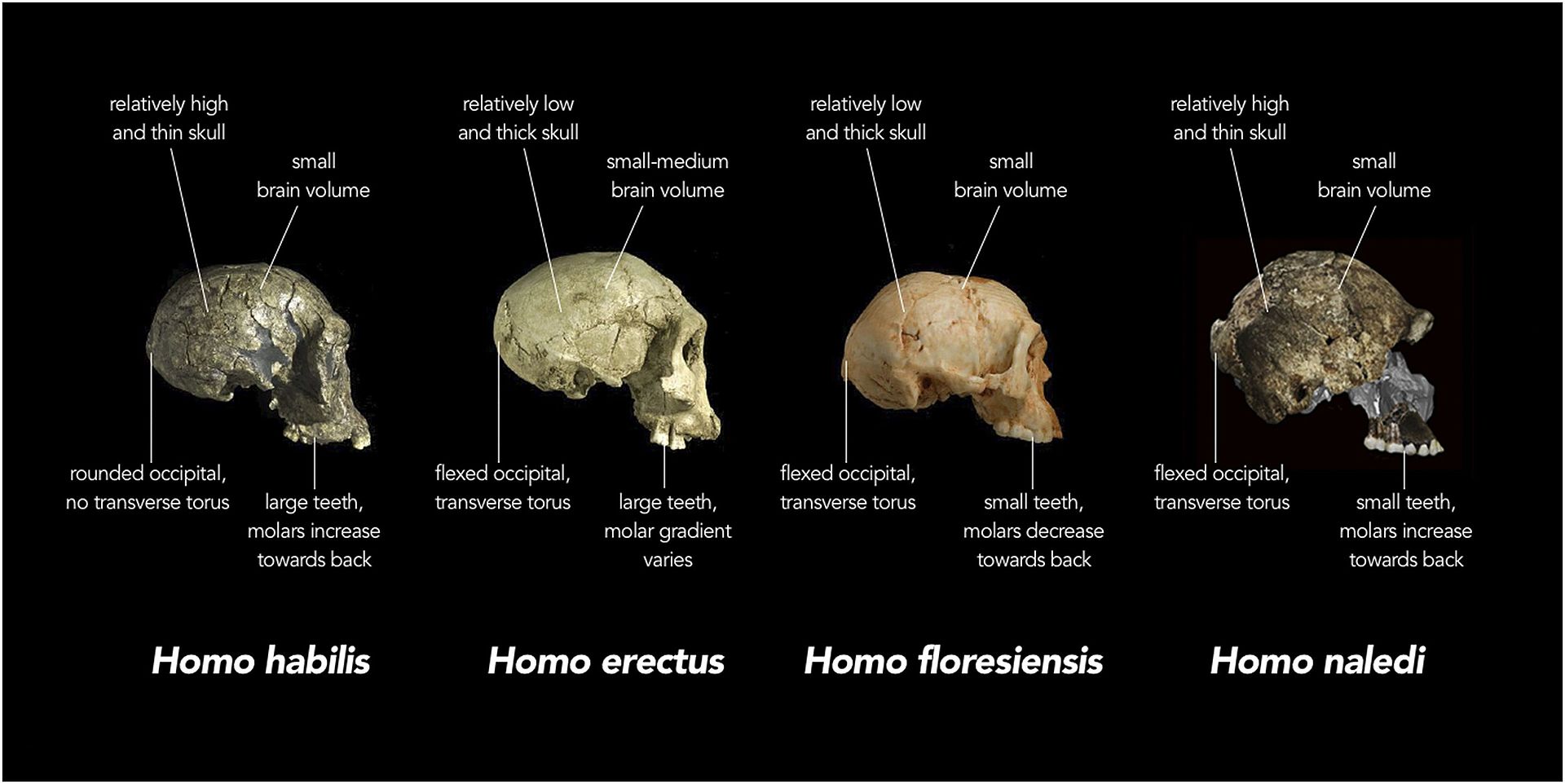 A comparison of the skulls of several members of the Homo genus, including H. naledi, far right. Natural History Museum, UK/Wikimedia Commons; CC-BY-4.0

Around 1.89 million years ago, H. erectus evolved in Africa, and expanded its geographical range to Asia and Europe. Then, likely from H. erectus, H. heidelbergensis evolved around 700,000 years ago. A European group gave rise to H. neanderthalensis, which appeared around 400,000 years ago, and an African group evolved into H. sapiens, our own species, around 200,000 years ago at the very latest.

If H. naledi did evolve 912,000 years ago, this means that it appears to have evolved just before the earliest known appearance of H. heidelbergensis, and sometime after the appearance of H. erectus. Its physical features suggest it isn’t an intermediate species between the two, so could H. naledi be a sister group to H. erectus and our own species, a distinct evolutionary cousin that evolved alongside our own lineage?

In order to find out, the team turned to something called “cladistical analysis”. This involves the use of computer programs and human input to work out what the most likely evolutionary relationships between different species are.

One way in which they can do this is to track the appearance of synapomorphies – physical traits that are shared between species. The more synapomorphies two species share, the more closely related they are. When multiple possibilities are tested out by computer software, it settles on the most likely or “parsimonious” evolutionary tree, and this is assessed by researchers and often accepted until new evidence arises. 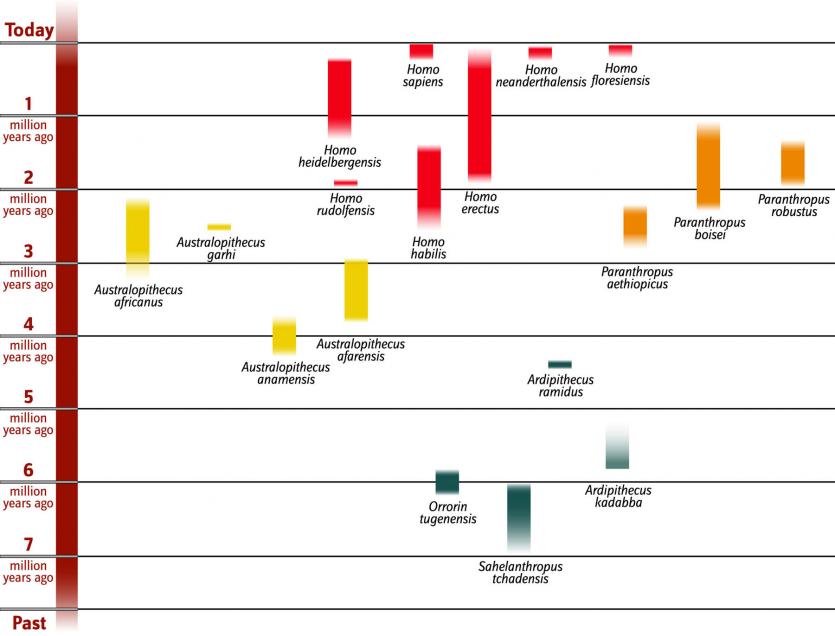 A timeline of human evolution from around 7 million years ago to the present. The Homo genus (red) appeared around 2.8 million years ago, which gave rise to modern humans. Smithsonian National Museum of Natural History

Based on a cladistical analysis of 60,000 possible evolutionary trees based on all available fossil evidence, the research team concludes that H. naledi isn’t likely to be a sister group to H. erectus after all. Additional analysis couldn’t determine whether it is most closely related to our own species, H. floresiensis (the “Hobbit” humans) or the hominin group Australopithecus.

That means, for now, the link between H. naledi and our own evolutionary tale remains a complete and utter mystery.