The Great Barrier Reef (GBR) is one of the most remarkable natural wonders of the world, which is why it’s such a catastrophe that climate change-induced ocean warming and acidification is systematically destroying it. Fortunately, after 30 years of mysterious signals and unconfirmed data points, a team of researchers have revealed that there is, in fact, another.

Specifically, just behind the GBR, a much deeper reef spanning an area of more than 6,000 square kilometers (2,316 square miles) has been found. That's bigger than 7.5 New York Cities.

It is covered in donut-shaped mounds, each one measuring up to 300 meters (984 feet) across and 30 meters (98 feet) thick. These are comprised of organized growths of Halimeda, a commonplace green algae made from living, calcified sediments.

“We’ve known about these geological structures in the northern Great Barrier Reef since the 1970s and 80s, but never before has the true nature of their shape, size and vast scale been revealed,” study co-author Robin Beaman, a research fellow at James Cook University and expert in the GBR, said in a statement. “The deeper seafloor behind the familiar coral reefs amazed us.”

The new deep reef was thought to be fairly sizable, but this hidden cache is roughly three times the size of previous estimates. It stretches from just north of Port Douglas to the entire length of the Torres Strait.

Writing in the journal Coral Reefs, the team note that it was found using LiDAR, a surveying technology that uses lasers, instead of radio waves, to search for objects much in the way traditional radar does. In this case, it was deployed by aircraft from the Royal Australian Navy.

At present, it isn’t clear how this reef has been affected by the same unprecedented climate change that has brought the rest of the world’s coral reefs to their knees. 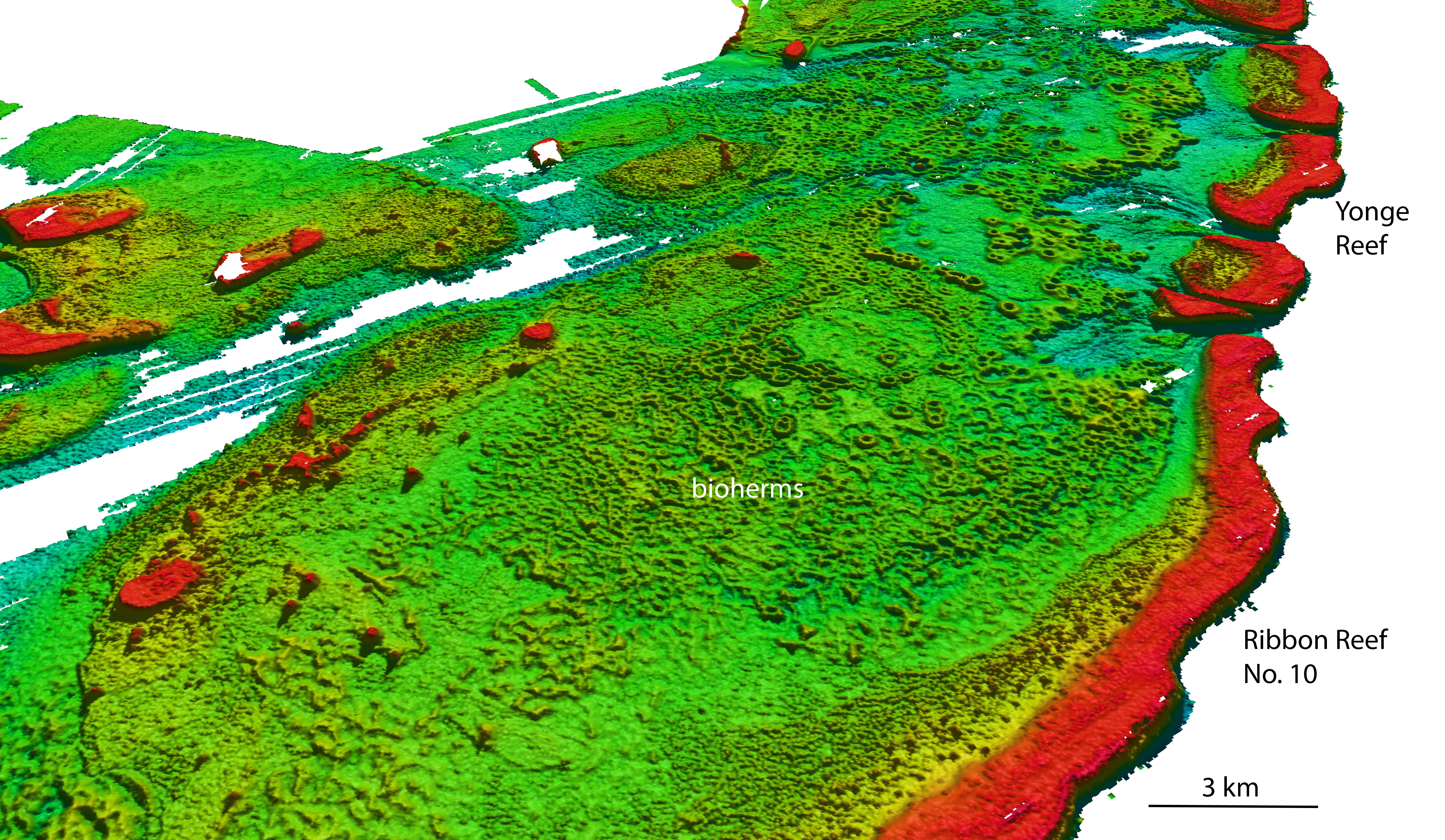 Some of the hidden reef, as imaged via LiDAR. Depths are colored red (shallow) to blue (deep). Australia Hydrographic Service/JCU

One recent report declared that over 50 percent of the GBR is now dead, and 93 percent of it is bleached, a phenomenon that occurs when the stressed microalgae living within the coral are expelled, draining the coral of its beautiful hues. Without their symbiotic algae, the coral here not only starve, but become incredibly susceptible to disease – and, ultimately, perish.

Further work will be necessary to determine if this newly discovered reef is sharing the same grim fate. In order to find out, the team – along with others – will need to take samples of the Halimeda growths, which are technically known as bioherms.

By doing so, they will be able to look back in time to how they developed during previous periods of oceanographic change. “What do the 10-20-meter-thick sediments of the bioherms tell us about past climate and environmental change on the Great Barrier Reef over this 10,000 year time-scale?” Beaman added.