A new record has been set for the oldest vertebrate, and it’s not a giant tortoise or Bowhead whale. Instead, the record-holder appears to be the Greenland shark, which new evidence suggests lives can live for 400 years, with average adults exceeding two centuries.

Greenland sharks live in the North Atlantic at both the surface and to depths of around 2 kilometers (at least 1.3 miles). They are poorly studied, although their status as among the slowest of sharks has been known for a while. A slow-moving lifestyle usually goes with a long lifespan, but no one knew just how long this meant for Somniosus microcephalus until Julius Nielsen of the University of Copenhagen collected the eye lenses of 28 female sharks caught as bycatch during scientific surveys of Greenland.

The ages of fish are usually calculated from calcified tissues, but Greenland sharks don’t have any that could be tested. The center of the eye is formed during embryonic development, and being made of inert crystalline proteins, does not experience a change of atoms through an individual’s lifespan. Consequently, radiocarbon dating of these proteins has been used to estimate the age of animals where this is hard to measure through other means.

Females were chosen because they outgrow males, reaching typical sizes of 4 to 5 meters (13 to 17 feet). 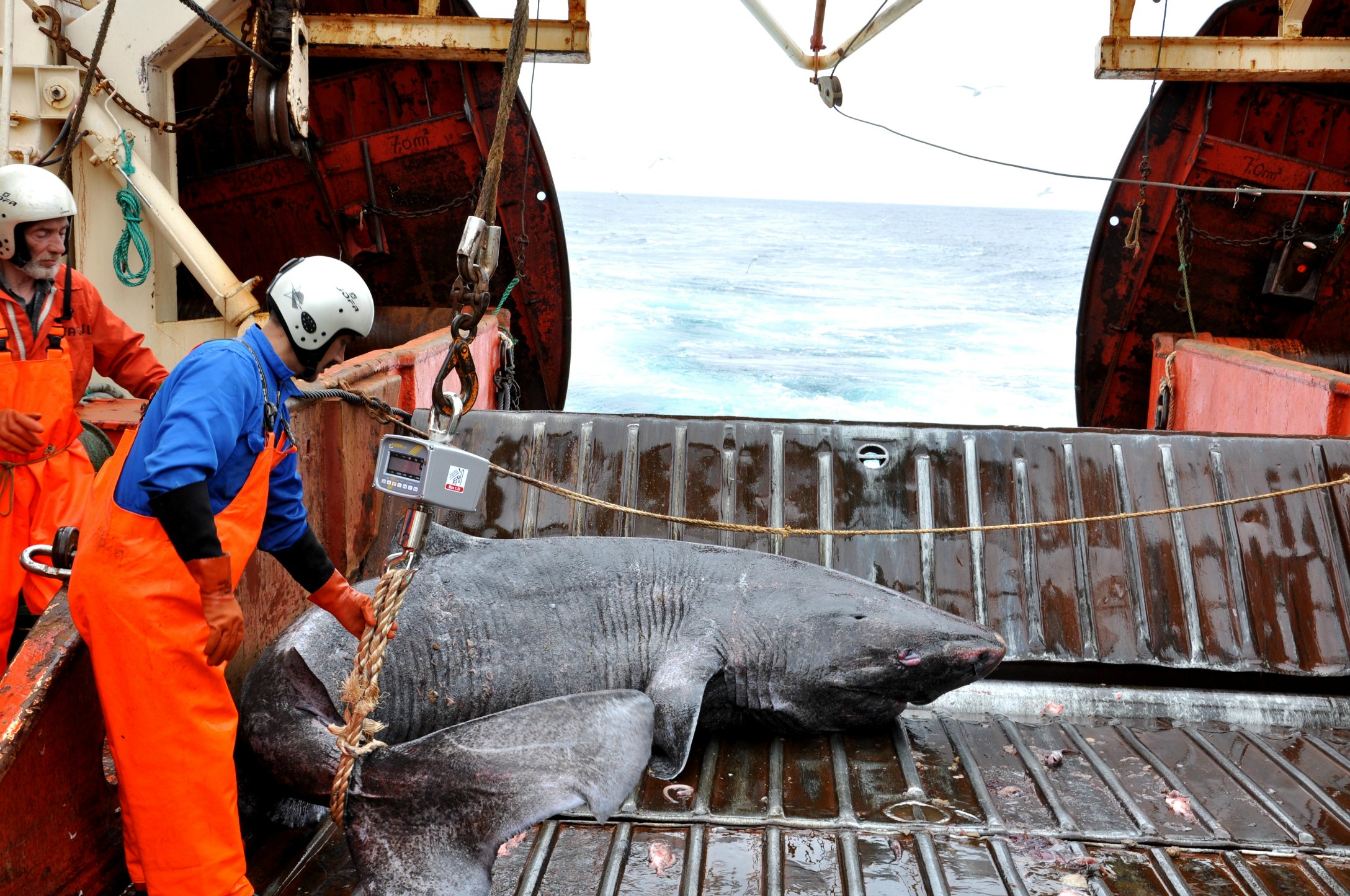 A Greenland shark caught as by-catch by the research vessel Palmut. Julius Nielsen

In Science, Nielsen has revealed the average lifespan of the sharks was 272 years, and that they did not reach sexual maturity until 156 ± 22 years.

The oldest individual was estimated to be 392 years old, give or take 120 years. However, as this individual was 5 meters (17 feet) long, which is average for an adult female, some sharks almost certainly exceed four centuries.

Despite living on the other side of the world from most test sites, the younger sharks showed evidence of radioactive isotopes released during nuclear testing in the 1950s and '60s. However, the eyes of sharks longer than 2.2 meters (7.3 feet) showed no such signs. The isotopic ratios at the center of the eye are consistent with the diet of an adult shark, rather than a young one that would feed on smaller prey. Together, these findings confirmed the theory that the proteins contain atoms laid down before the shark was born, and that the age estimates are reliable.

Although the Greenland shark is widespread across the North Atlantic, and only classified as “near threatened”, long-lived animals usually have low birthrates and struggle to recover from population shocks, suggesting the sharks may be vulnerable.

The findings make the Greenland shark easily the current record-holder for the oldest vertebrate, almost doubling the previous record of 211 years for a Bowhead whale. Invertebrates such as a clam named Ming and deep sea corals, still have the advantage, however, living for more than 500 years.

Not bad for a species whose Latin name means tiny brain. 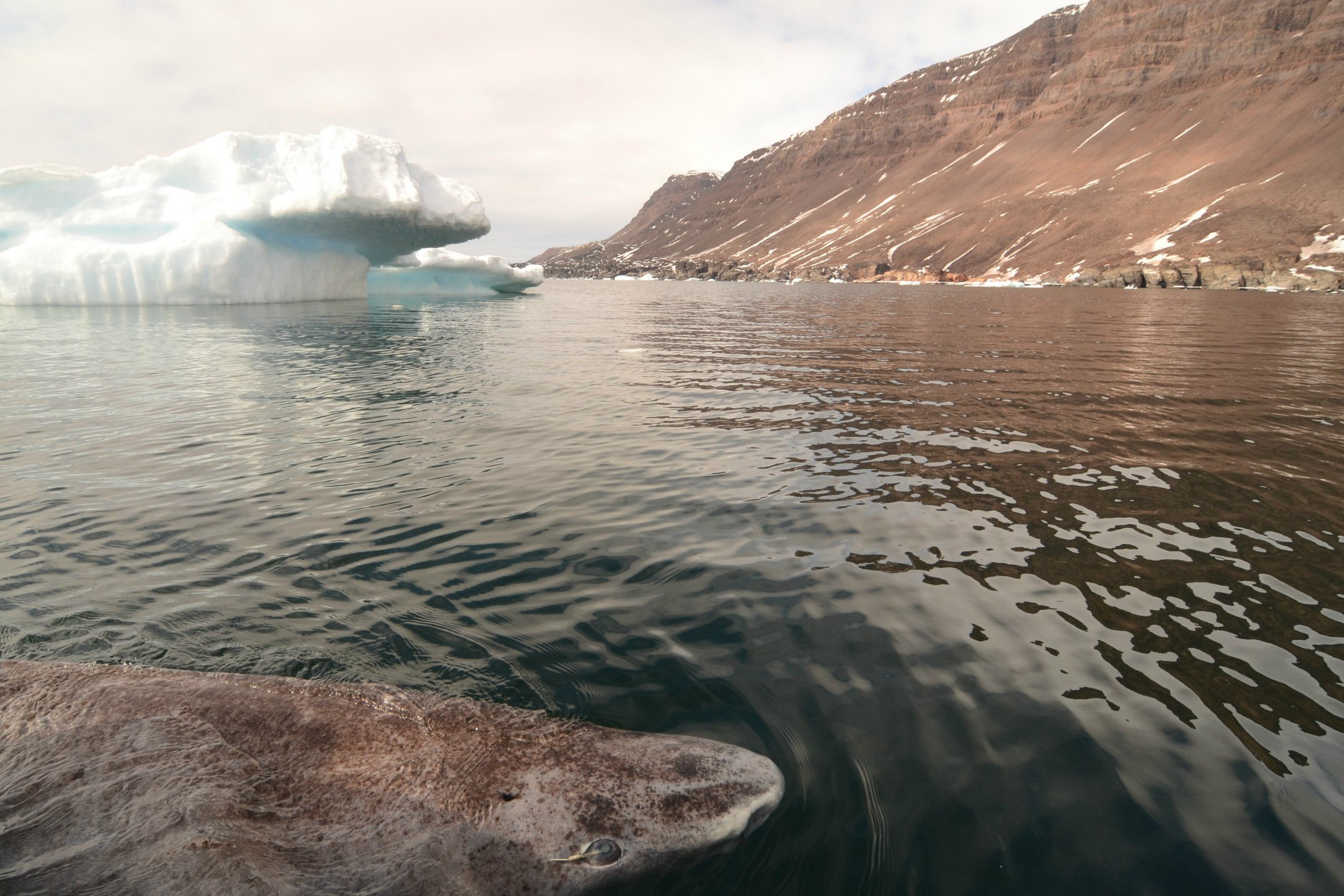