On November 4, the Paris agreement will officially come into force. While this is something that is worth celebrating, two caveats need to be seriously considered.

The first is that it needs to be strengthened over time, or the 2°C (3.6°F) warming limit will be breached as early as 2050. The second – as a new study in Geophysical Research Letters underscores – is that we may be underestimating the frightening effects of man-made climate change.

Most estimates place the last century’s global sea level rise average at around 14 centimeters (5.5 inches). However, according to data gathered from NASA’s Gravity Recovery and Climate Experiment (GRACE) satellites, which measure precise changes in mass across the world, it is likely to be around 17 centimeters (6.7 inches).

This may not sound like much, but this represents a 21 percent underestimation of the true value. As a point of comparison, this new sea level rise represents about 9.1 quadrillion liters (about 2 quadrillion gallons) of ice melt, enough to cover both North and South America in about 30 centimeters (1 foot) of water.

“It’s not that there’s something wrong with the instruments or the data,” lead author Philip Thompson, associate director of the University of Hawaii Sea Level Center, said in a statement. “But for a variety of reasons, sea level does not change at the same pace everywhere at the same time.”

It seems, then, that global sea level rise has been underestimated for some time now because the gauges measuring it are in the wrong place.

Back in the 20th century, gauges were placed mostly around North America and Europe to measure just how quickly the waters were ascending. Other parts of the world, particularly the Southern Hemisphere, were neglected in this regard. Although these gauges were considered to be quite accurate, these parts of the world actually experienced less sea level rise than others – but why?

Generally speaking, there are two reasons the oceans of the world are increasingly encroaching upon our shores. Thanks to our remarkable ability to expunge greenhouse gases into the atmosphere, massive ice sheets – particularly Greenland’s – are melting off the continents and collapsing into the sea. At the same time, rising temperatures cause the oceans to physically expand.

Based on these mechanisms, it was thought that gauges placed near the warm waters surrounding disintegrating ice sheets would best represent global sea level rise. If the Earth was a stationary tub, then this would indeed be the case, as sea level would rise evenly throughout.

However, due to the rotation of the Earth, as well as its uneven surface gravity, the same does not apply on the global scale. Weirdly, sea level drops in regions containing the melting ice sheets and rises on the other side of the world.

If there were gauges placed in the Southern Hemisphere in the 20th century, scientists would have picked up on this earlier. Unfortunately, the study serves to highlight the consequences of that miscalculation – sea level rise is happening faster than we’ve previously thought.

The bottom line is that the threat of man-made climate change just got even more daunting. If you want to do something about it, then you have several options, but the most effective would be to vote for lawmakers that take the phenomenon seriously.

If you are in the US, by the way, that lawmaker is clearly Hillary Clinton. If you live along the coastline and really enjoy being battered by hurricanes and getting your feet wet inside your own house, then by all means vote for Donald Trump. 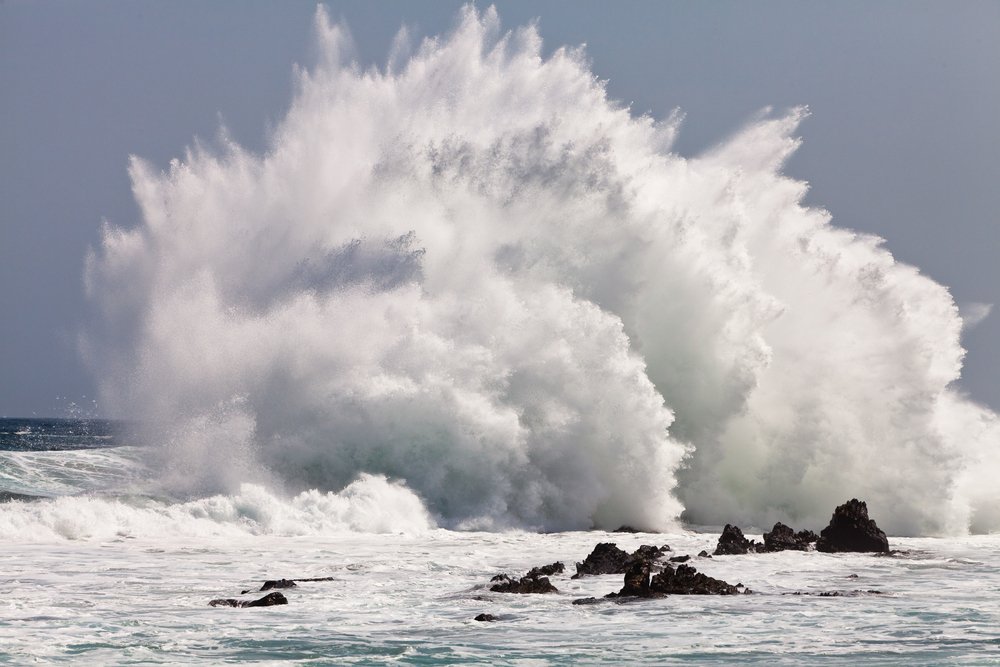 It's coming to get you, coastline dwellers. Peter Wollinga/Shutterstock