While laying underwater power cables along the west coast of Scotland and England, marine engineers awakened an old myth.

During the £1 billion ($1.2 billion) project, sonar images of the seabed revealed a wreckage believed to be of a 100-year-old German UB-85 submarine. The discovery was made during an ongoing project by the National Grid and Scottish Power, which are placing a 385-kilometer-long (239-mile-long) "Western Link" cable line from Ardneil Bay in Scotland to the Wirral peninsula near Liverpool, England. When completed, this line will provide thousands of homes and businesses in England and Wales with renewable energy from Scottish wind farms.

“The images we get back from the subsea scans are incredibly detailed, but we obviously need to be aware of what lies beneath before we can start laying a power cable,” Peter Roper, project manager at Scottish Power, said in a statement. “In all the years I have been building power lines, I can say that this is the most extraordinary discovery.”

Since it was sunk in the final weeks of World War One, its story has been surrounded by folklore and the stuff of old sea tales. The most popular myth was that it was drowned by a sea monster.

Amidst the panic, British navy ship HMS Coreopsis (below) was said to have captured the submarine and forced the crew into a surrender, before sinking the U-boat.

Still to this day, some believe a large sea creature could have provoked a mechanical failure within the U-boat. Others favor a more logical explanation: “I am probably on the side of the historians who believe that the capture of the vessel was more straightforward than a sea monster attack,” Roper said. “‘A sea monster attacked my submarine’ is maybe one of the most fanciful excuses of all time. Thankfully we have had no monster-related health and safety incidents on the project yet.”

The story has only just begun to unravel. However, historians and archaeologists are hoping that further work can settle the debate once and for all.

“In the waters of the Irish Sea there are at least 12 British and German submarines known to have sunk and potentially others whose actual sinking area remains a mystery,” said nautical archaeologist Innes McCartney in the statement. “Unless a diver can find a shipyard stamp, we cannot say definitively but yes, we’re certainly closer to solving the so-called mystery of UB-85 and the reason behind it’s sinking – whether common mechanical failure or something that is less easily explained.” 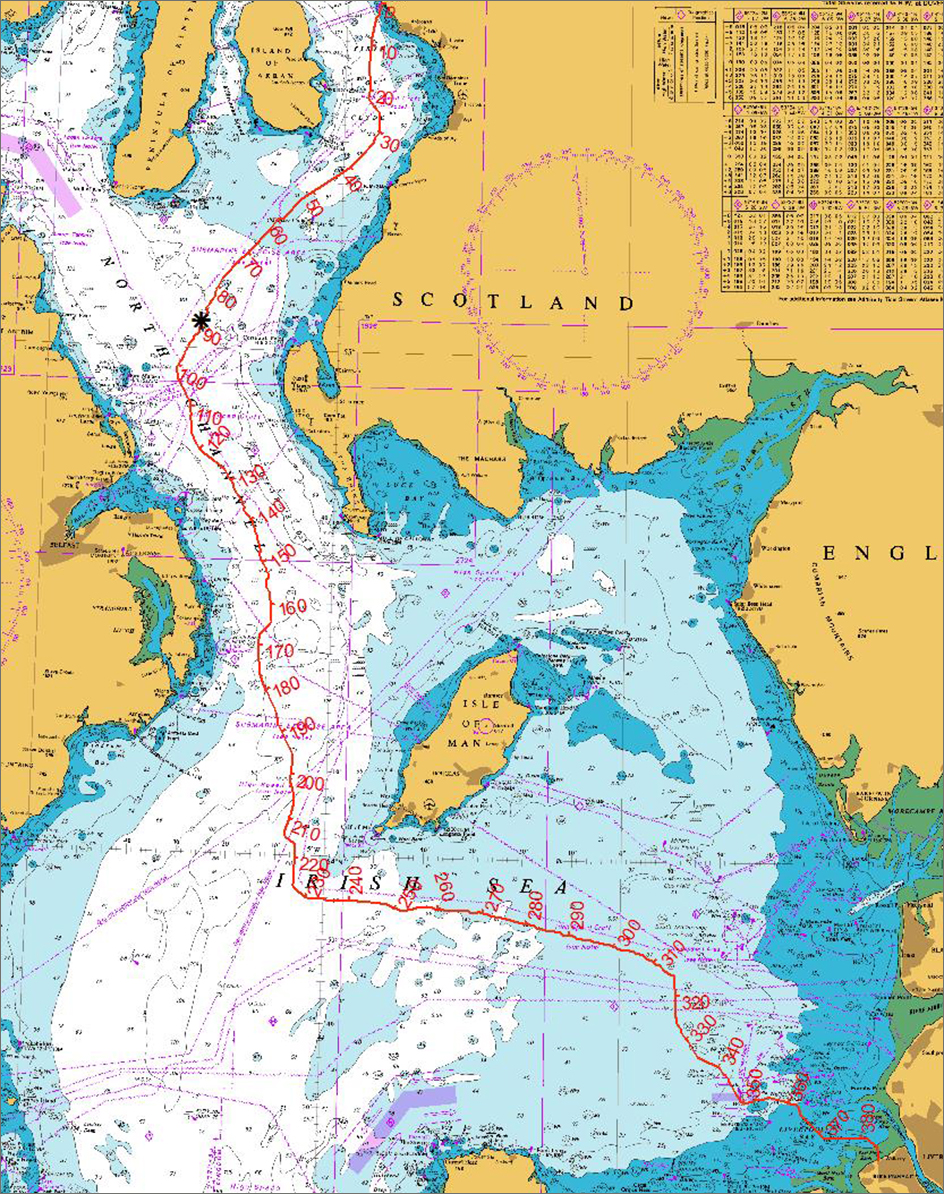 A map showing the route of the power cables.The location of the U-Boat Wreckage is marked by the asterisk near the number 90. Courtesy of Scottish Power