Giraffes are easily one of the most curious looking creatures to have ever roamed Earth. Resembling a horse sculpted into distortion by Salvador Dali, this tallest living terrestrial mammal has long been thought to only belong to one species – Giraffa camelopardalis – with nine subspecies declared to be wandering around the African continent.

Now, writing in the journal Current Biology, a genetic analysis has completely blown this concept apart.

“We found that there are not only one, but at least four genetically highly distinct groups of giraffe, which apparently do not mate with each other in the wild,” coordinating researcher Axel Janke, a professor of bioinformatics at Goethe University in Frankfurt, said in a statement.

Defining species in this way, although occasionally troublesome, is fairly clear-cut. Subspecies definitions are far vaguer, but tend to focus on superficial differences within species. 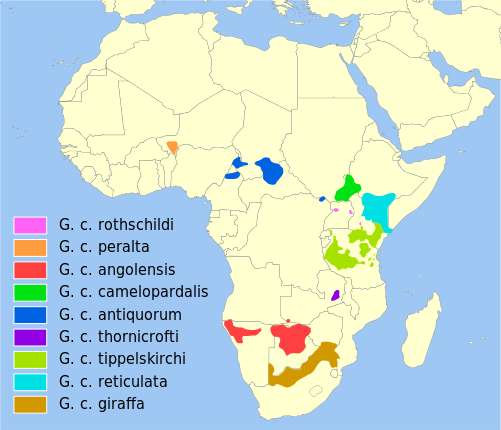 As an example of this, the nine giraffe subspecies were categorised based on coat patterns, horn structures and geographical distribution. The G. c. giraffa, found towards the very south of the continent, appears somewhat different from the G. c. peralta subspecies, which saunters around the Sahel regions of West Africa.

This new genetic analysis has turned this idea on its head, with four subspecies having been “upgraded” to species rank and some disappearing altogether.

Image in text: The distribution of the now-defunct subspecies of giraffes around the African continent. IUCN/Wikimedia Commons; CC BY-SA 3.0

This revelation came about via the large-scale testing of hundreds of giraffe skin biopsy samples from each and every one of the previously recognized giraffe subspecies, collected over the course of a decade through remote and dangerous regions of the continent by the Giraffe Conservation Foundation (GCF). For the first time, this included a sample from the Nubian giraffe, an elusive and endangered subspecies found in Ethiopia and volatile Sudan and South Sudan.

The genetic analysis, conducted by a team at the Senckenberg Biodiversity and Climate Research Center, took the researchers by surprise. Not only does the evolutionary history of the giraffe appear to be more complex than previously thought, but some subspecies, including Rothschild’s giraffe and Thornicroft’s giraffe, have completely disappeared – they happen to be genetically indistinct from the Nubian and Masai giraffes, respectively.

The genetic diversity reveals that all four new species had a common ancestor between 0.4 and 2 million years ago. Although four new species of giraffes arising from a prehistoric relative as little as 400,000 years ago sounds surprising, this is actually in line with what is expected for species diversification in mammals.

As wonderful as it is to think that there have been all these distinct species of giraffes wandering unnoticed before our very eyes for millennia, this study will also seriously boost conservation efforts for the giraffe, which is increasingly threatened by human activity. The most up-to-date estimate of their numbers suggests 40 percent of their population has disappeared in the last 15 years, and as ever, nefarious human activity is to blame.

Thanks to this study, instead of grouping all giraffes as one, more precise estimates about their biodiversity levels can be made using this genetic toolkit. “Now that we know that there are four giraffe species, it is even more important and urgent to support governments and other partners across Africa to protect giraffe,” lead author Dr Julian Fennessy, co-director of the GCF, noted. 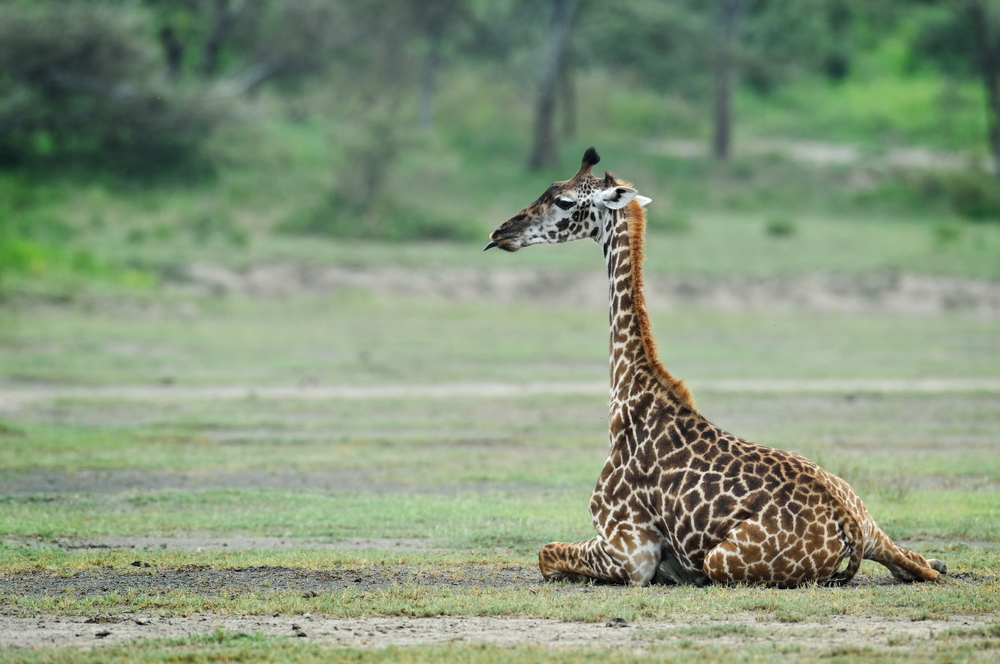 A baby giraffe in its natural habitat. aaltair/Shutterstock