The United States Geological Survey (USGS) has released its annual earthquake hazards map for the contiguous US, and somewhat surprisingly, the likelihood of you – an American – experiencing a significant seismic event in 2017 is actually slightly lower than it was last year. That is, of course, unless you like in Oklahoma.

There are plenty of ways earthquakes can happen, and you can click here to see our summary of them.

One underappreciated source of terrifying tremors is wastewater injection, wherein waste products from oil and gas exploration, and occasionally fracking, are disposed of underground; this can sometimes trigger earthquakes. This type of event is known as an “induced earthquake”.

A fair bit of evidence is coming to light that definitely links oil and gas exploration, as well as fracking, with seismic activity, and states that engage in plenty of it are more likely to experience 3.0M events than others. It is no coincidence that oil/gas exploration-heavy Oklahoma is shown to be at a higher risk of major quakes in 2017.

“Induced seismicity poses the highest hazard in two areas, which are Oklahoma/southern Kansas and the Colorado/New Mexico area known as the Raton Basin,” the USGS summarize in their statement. “In those areas, there is a significant chance that damaging levels of ground motion will occur in 2017.”

All in all, 4 million Americans are at risk of experiencing a significant seismic event this year, and 3.5 million of these live in states that engage in fracking. The overall US hazard risk is lower in 2017 compared to last year though, as more states overall have scaled back their fracking operations and are far more quake free than they used to be.

“The significantly decreased number of earthquakes in north Texas and Arkansas was not expected, and this was likely due to a decline in injection activity,” the USGS add. 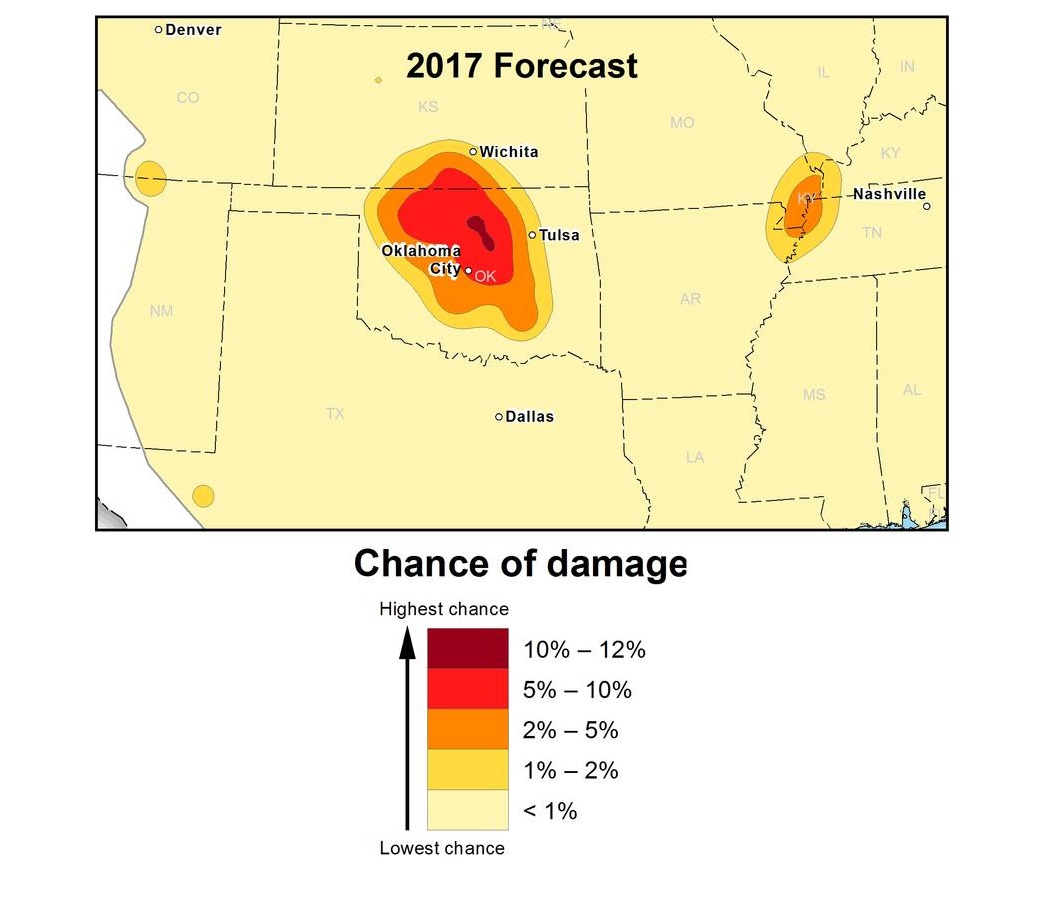 The 2017 hazard map of Oklahoma. USGS

It’s important to note that such quakes, although shallow, are not thought to be as dangerous as natural quakes. One of the largest induced earthquakes in recent history was 2016’s 5.8M tremor in Oklahoma – following on from a 5.6M in 2011 – but most seem to hover around the 3.0M mark, and at present, there are several of these every week.

However, there’s a lot science is yet to discover about induced earthquakes, and ramping up fracking and oil and gas exploration without knowing the related earthquake risks (among others) is a little reckless.

As for the rest of the US, the two areas that are highlighted as being perennially high-risk zones are the San Andreas Fault network around California, and something called the New Madrid Seismic Zone (NMSZ).

The NMSZ, centered on Tennessee, is a site of ancient mantle scars. They’re inactive, but large-scale stretching of North America is ripping them apart, which causes them to slip and generate earthquakes.

This 2017 map shows that this quake-related stretching appears to be on the rise – something which localized fracking certainly isn’t helping either.

California is well-known for being the most seismically treacherous part of the US to live in. The USGS recently estimated that there is essentially a 100 percent chance part or all of the fault network will shallowly rupture as a 6.7M event in the next three decades.

A truly devastating 7.5M event hitting LA has around a 30 percent chance of occurring in the same time frame, something that would easily qualify as the prophesized “big one.”

Rather remarkably, though, the USGS conclude that, in 2017, “the forecasted chance of damaging ground shaking in central Oklahoma is similar to that of natural earthquakes in high-hazard areas of California,” and that’s almost entirely down to fracking in the Middle America state. 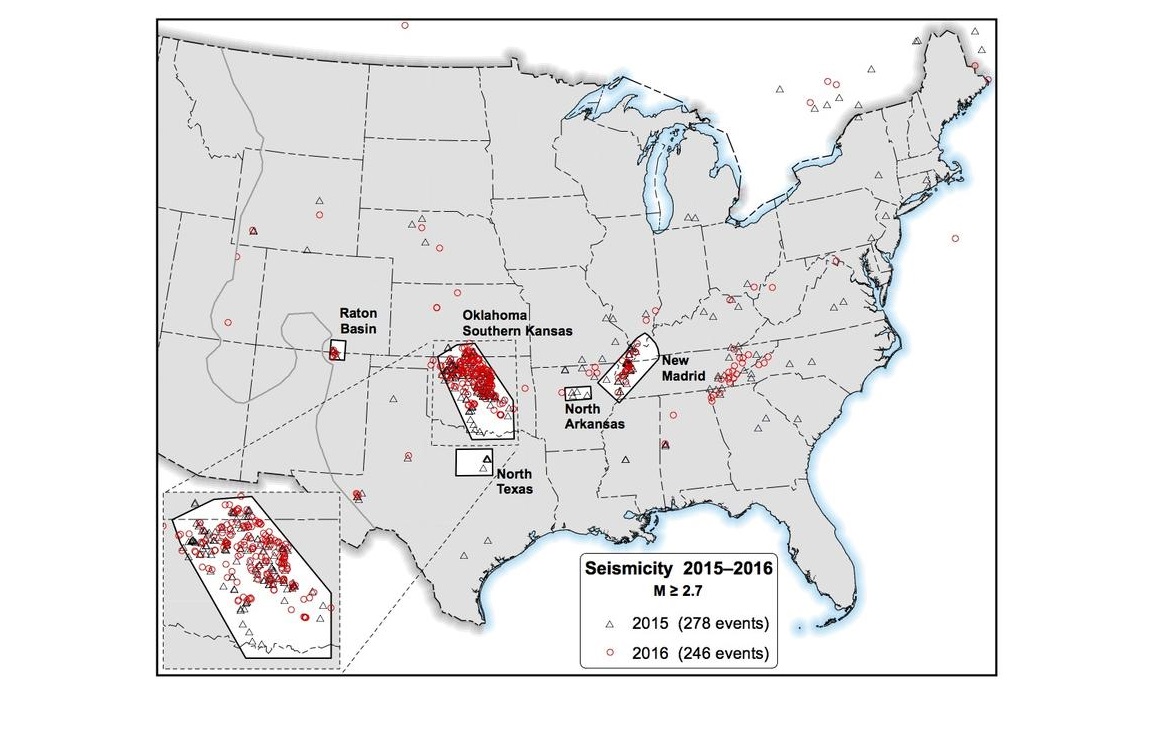 Significant seismic events in 2015-2016 in these areas were almost always fracking-related. USGS