You know what they say: to err is human. We all make mistakes, and we can all be easily fooled, but fret not, dear readers, for we are not alone. A huge variety of animals – from capuchins to octopuses – are certainly clever, but they can all be tricked.

As a new study led by the University of Queensland (UQ) has revealed, a native to the Great Barrier Reef can be hoodwinked from time to time too. The lagoon triggerfish, a prolific eater and diver-botherer, may be great at holding its ground against far bigger creatures, but it turns out that it responds to color-based illusions in precisely the same way humans do.

“They demonstrate situations when our brains fail to perceive the true properties of what we are looking at, in terms of color, brightness, size, shape and movement,” co-author Dr Karen Cheney, a behavioral ecologist at UQ, said in a statement.

The illusions she is referring to trick people into misidentifying the color of things. Imagine you have a cube covered in small square patches of varying colors. One side contains a single orange square in shadow, and another contains the exact same orange square in light.

Looking at it, you may see the two squares as different colors, despite them being exactly the same. More bafflingly, keeping the light levels the same for all sides, an orange square may look browner when appearing beside blue or green squares, and more orange when placed beside red squares.

This type of visual confusion is thought to be linked to how we use our surroundings to give us extra information that may otherwise be lacking. We then extrapolate that information to, on occasion, reach the wrong conclusion. 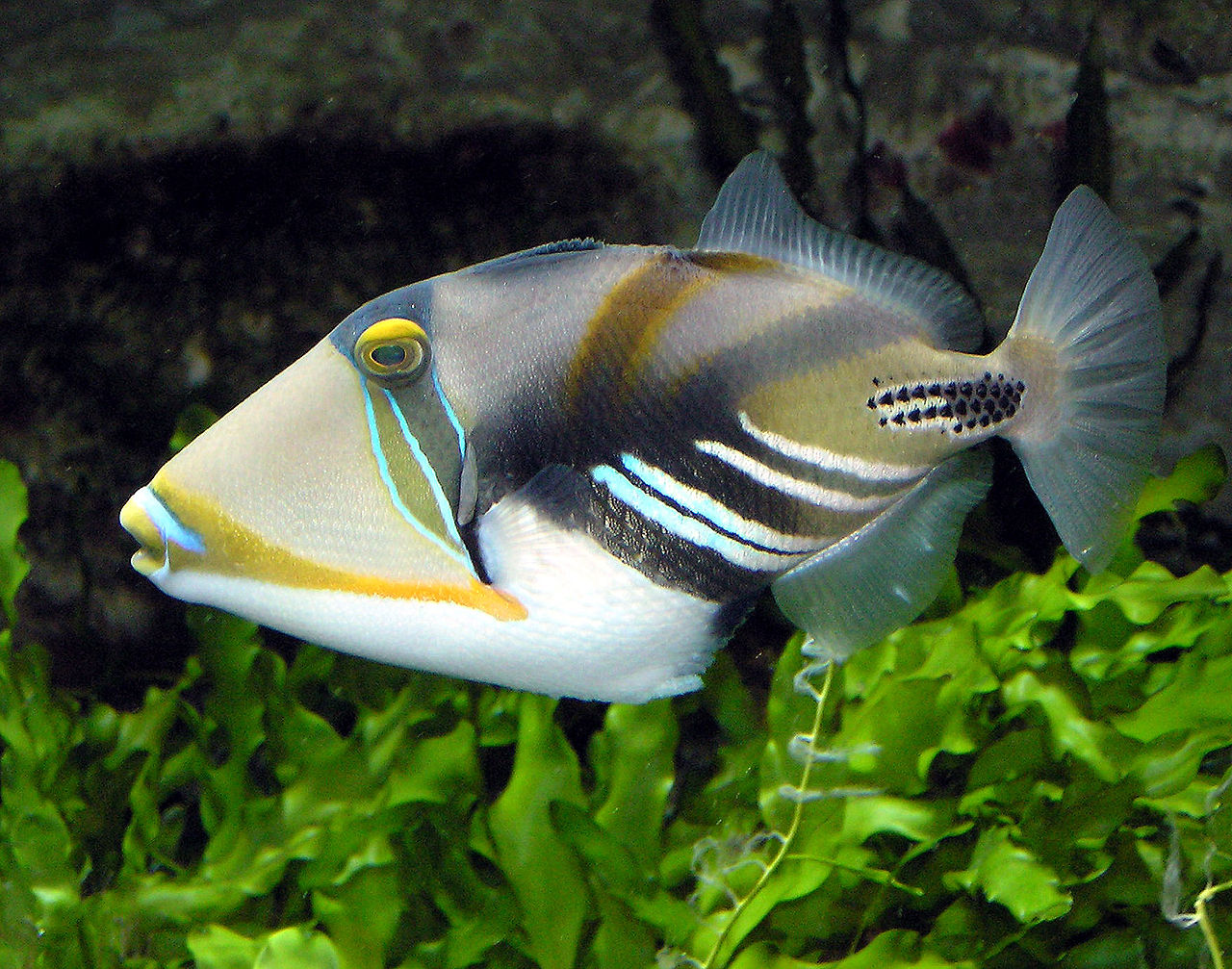 The triggerfish then got a go. Using the color-covered cubes, they were trained to approach either an orange square or a brown square, and every time they picked one, they received a food reward. They were then given another cube containing various brown squares that, under certain light levels or next to differently colored patches, looked orange.

As the team explains in Scientific Reports, the fish preferentially chose the square that was most similar in hue to their trained color despite it being a completely different color. Clearly, like humans, these triggerfish are tripped up by the same type of visual illusion probably for the same reasons we are.

The last common ancestor for triggerfish emerged many hundreds of millions of years ago. This suggests that our shared ability to be tricked is truly ancient, or that it appeared independently as our lineages evolved. Either way, we know have something in common with butterflies, guppies and now triggerfish – the irritation caused by that infamous dress.