A bull elephant, now known as “Ben,” suffering from severe dehydration and an infected wound on his shoulder, was found limping around the staff houses up a steep ridge at the Bumi Hills Safari Lodge, Zimbabwe – seemingly looking for help and a place of refuge.

Nick Milne, the trust manager at the Bumi Hills Foundation, told News24: "Logic would suggest that if an animal has an injury that considerably hampers its mobility, it would not attempt the climb and would rather stay on the level ground near water." But photographs show Ben seemingly peering inside the building, seeking assistance.

The complex usually houses a veterinarian, who would have been able to treat and care for the injured giant. However, by a stroke of bad luck, they were away on business for the weekend, South African News24 reports. Concerned staff from the lodge had to call in a vet from Zimbabwe’s capital, Harare, over 300 kilometers (185 miles) away. 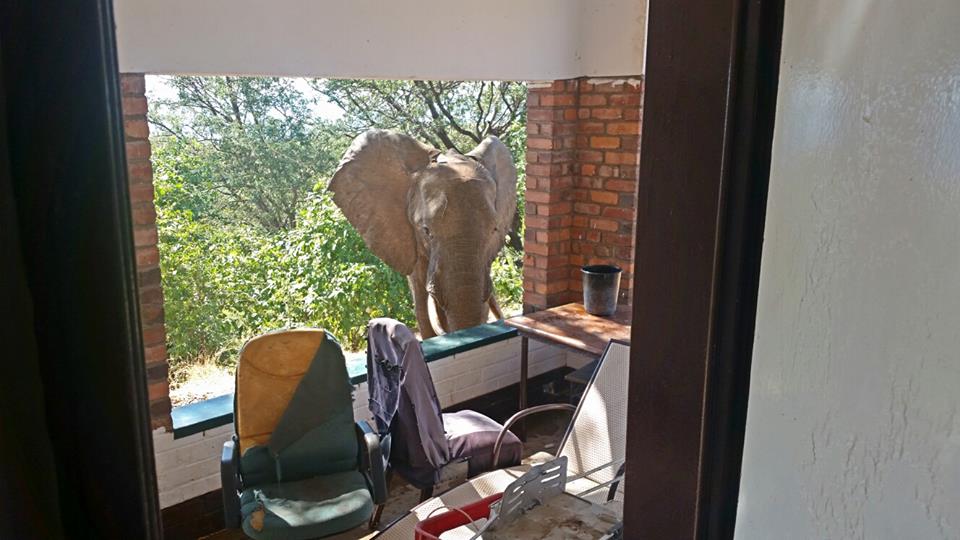 Ben waited patiently for over 6 hours for the vet to arrive. Once on the scene, the wildlife expert tranquilized the elephant so he could clean the wounds, administer antibiotics, and apply fly-repellent.

While under the anesthetic, the vets used a metal detector around the wounded shoulder in an attempt to find a bullet. Although they had no luck, the wildlife experts are convinced that poachers are to blame. The vet also discovered two healed bullet holes in his ear, further adding to their suspicions that Ben was the victim of a failed poaching attempt. They finally fitted the elephant with a radio collar to track his future movements.

Milne added that it’s likely that Ben found the houses by coincident, but he concluded: “I believe that elephants are a lot cleverer than we are led to believe."

Since Ben’s rescue, Bumi Hills Foundation posted an update on their Facebook page saying his wound is still weeping, but he appears to be much more mobile and on the mend. They hope that the tale of Ben could help raise awareness of Zimbabwe's grim history of poaching in recent years. As such, the foundation has set up an Indigogo Generosity page for people donate to help towards preventing poaching. 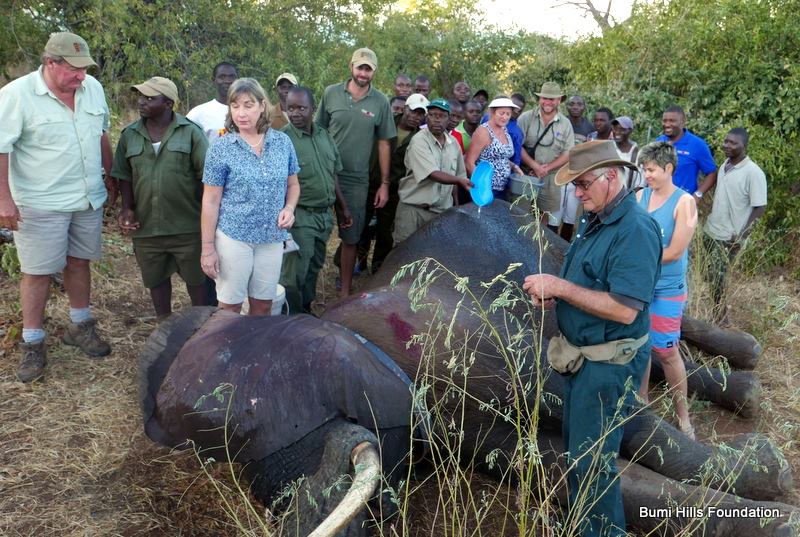