The deep sea is dark and full of terrors, one of which is the barbeled dragonfish. These critters, belonging to a group of ray-finned deep-sea swimmers named Stomiidae, aren’t particularly sizable – reaching a maximum length of 26 centimeters (about 10 inches) – but they do have genuinely freakishly oversized jaws.

These tiny nightmares are able to open their fang-covered mouths up to 120°, which would be like turning a human jaw into something resembling a submarine hatch. Thanks to this weird ability, these dragonfish are able to gobble up prey normally far too big for a predator of their size.

Until now, however, scientists weren’t exactly sure how they managed to do this without snapping their head in half. Deciding to solve this curious conundrum once and for all, two researchers from Paris’ National Museum of Natural History and Washington DC’s Smithsonian Institution set to work.

An X-ray of the freakish head. Science News via YouTube

Getting a hold of nine preserved dragonfish specimens, the pair subjected them to X-rays as they manually pulled out their jaws using a pair of science tweezers. Writing in the journal PLOS One, they explain that five of them had a soft tissue joint that bridged their heads with their spines.

This “notochordal sheath” coated in a connective muscle stretches out like an elastic band when the fish open their mouths, which allows them to pull their jaw back much further than would otherwise be expected. This means that they can gulp up entire crustaceans almost the exact same size as themselves.

Adding to their creepiness, most of these dragonfish live within the ocean’s mesopelagic zone. Also known as the “twilight zone”, these waters at a depth of 200 to 1,000 meters (655 to 3,300 feet) are often shrouded in near-complete darkness – so most of their prey don't actually see them coming. 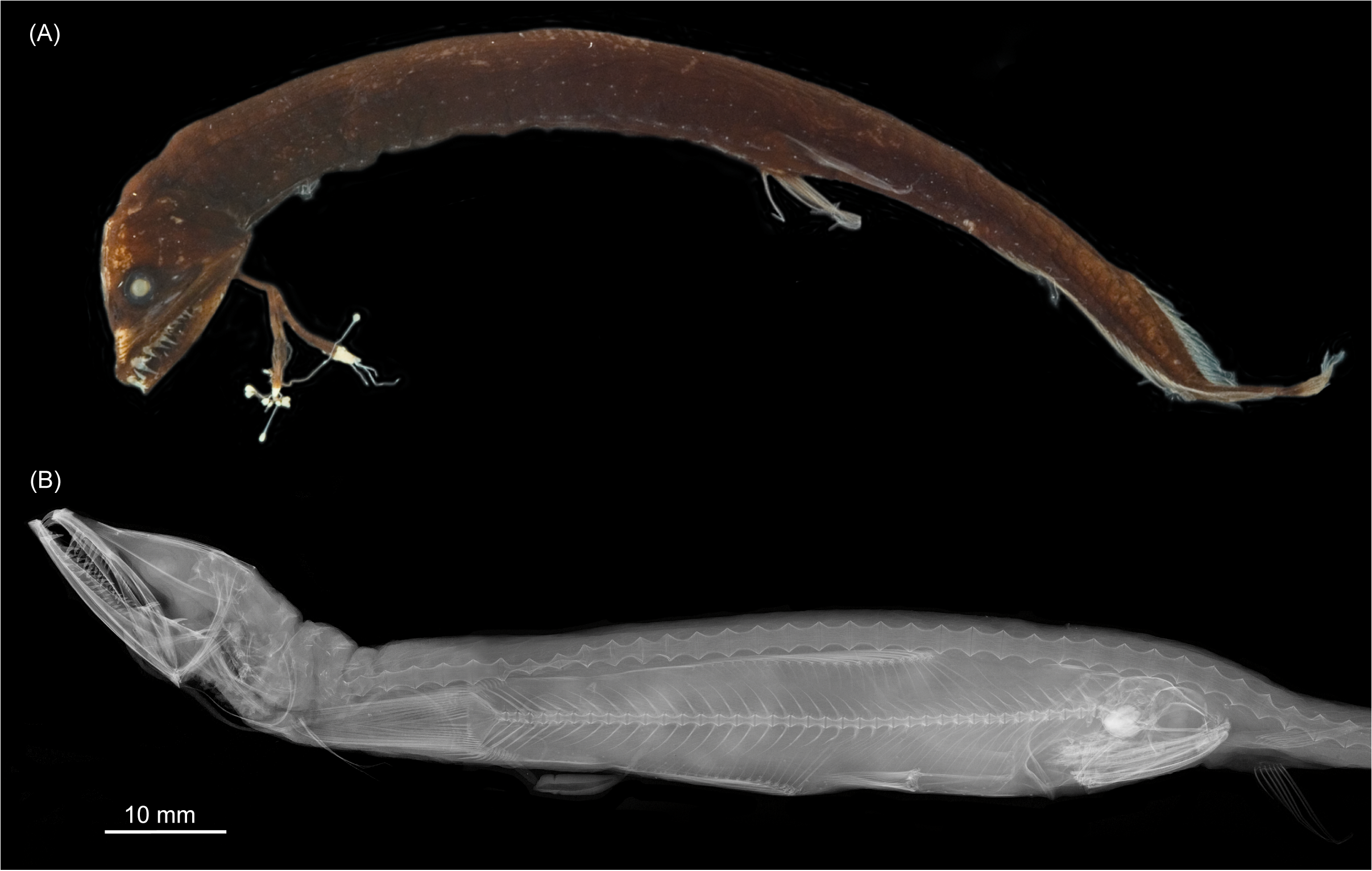 The external (a) and internal (b) morphology of E. fissibarbis, a type of dragonfish. Schenll & Johnson/PLOS ONE

Far from being happy with just having a ludicrous jaw, one particular genus of barbeled dragonfish, Photostomias, even has a bioluminescent organ around its head, which allows it to glow in the dark.