The coup de grace that finished off the land-lumbering dinosaurs 66 million years ago was quite spectacular. It darkened the sky and froze much of the planet – and that’s after creating continent-sized megatsunamis and a supersonic debris ring that reached a height 2.5 times greater than that of Mount Everest.

As suggested by a team from Stanford University, it may have also triggered a rather shallow and powerful earthquake in what is present-day Colorado, one that registered as a M6.0 – no small feat.

Presenting their research at the annual gathering of the Seismological Society of America in Denver, the team said that they discovered the ancient faultline in Colorado’s Trinidad Lakes State Park, where a layer of iridium – a tell-tale sign of asteroid impacts – was also found. The iridium was clearly traceable to the dinosaur-killing Chicxulub impact crater in Mexico’s Yucatán Peninsula, so it definitely happened at the same time.

The seismic waves generated by the impact quickly made their way to Colorado, where it caused the ground there to move at velocities of 2 meters (6.6 feet) per second for perhaps around a minute or so.

“The ground would be moving up and down and sideways like a ship in a strong storm,” lead researcher Norm Sleep, a professor of geophysics at Stanford, said in a statement.

Of course, there was a chance that this earthquake simply happened at the same time as the impact, or perhaps several hundred or thousands years before or after. How could the team be sure it wasn’t a coincidence?

Fortunately, the answer is simple in this case. Colorado is in the middle of a tectonic plate, so it doesn’t have many major fault lines running through it. Or rather, it didn’t.

This ancient scar, then, was created because the asteroid impact several thousand kilometers away was so powerful that it essentially cracked open the crust of parts of North America as a result. It would be like dropping a golf ball on a trampoline covered in a thin layer of ice. 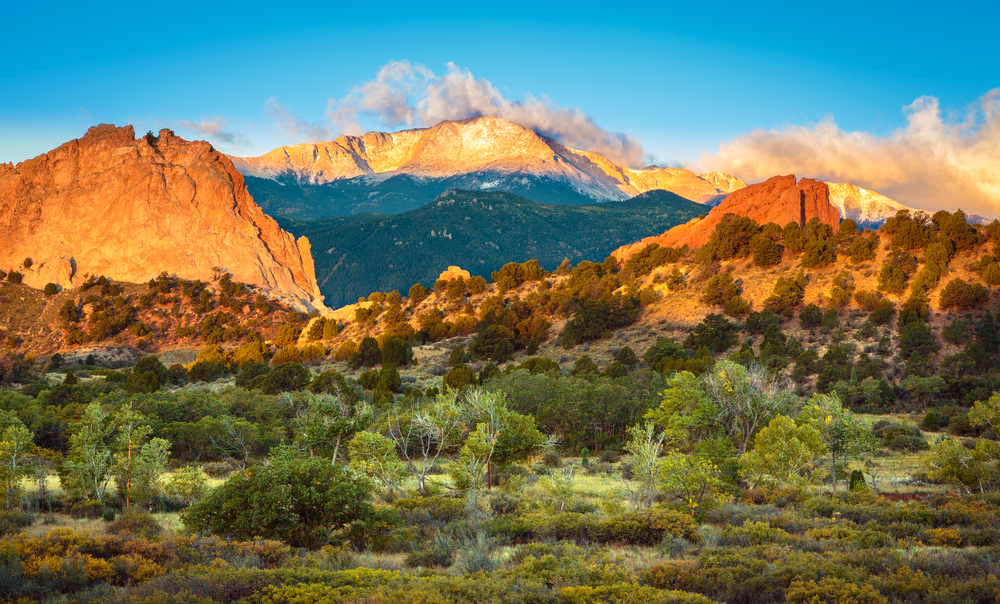 Colorado, back then, was a much more swampy place than it is today. Sarah Fields Photography/Shutterstock

Earthquakes that happen in the center of tectonic plates are known as intraplate earthquakes. They occur today, but normally they require old, inactive fault networks to be present for something to slip and cause an earthquake – perhaps as a continent is stretched by the general motion of plate tectonics elsewhere.

However, no other significant faultlines dating back to the end-Cretaceous have yet been found in Colorado, with this newly discovered one being the sole exception. All of this suggests that the asteroid that wiped out the likes of the T. rex was even more powerful than previously thought.