The best way to view the state of something is to take a big step back and look at it in its entirety. Man-made climate change is one such phenomenon that’s difficult to truly, viscerally comprehend, and only by looking at the bigger picture does its full extent become clear. With this in mind, the European Space Agency (ESA)’s CryoSat orbiting high above us has taken a remarkable series of images of Greenland, showing just show quickly its ice cover is disintegrating.

Between 2011 and 2014, Greenland – which features the second-largest ice sheet in the world – lost around one trillion tonnes (1.1 trillion tons) of ice. This is equivalent to 3 million Empire State Buildings, or the mass of 35,000 Statue of Liberties every single day.

The way CryoSat measures this is by using an instrument called a radar altimeter, which can detect the slightest changes in the height, and therefore thickness, of the ice at an incredibly high resolution. Combining this data with a cutting-edge regional climate model, an international team of researchers have produced the most detailed, up-to-date, and accurate description of Greenland ice cover loss in the world.

According to their Geophysical Research Letters study, this ice loss is equivalent to roughly 0.75 millimeters (0.03 inches) of sea level rise per year, which is twice the average of the preceding 20 years.

“CryoSat's radar really brings into focus our view of the ice sheet, revealing which glaciers are exhibiting the greatest signs of change,” lead author Mal McMillan, a researcher at the UK Centre for Polar Observation and Modelling at the University of Leeds, said in a statement. “This helps us to study Greenland's individual outlet glaciers, which in turn allows us to better understand the contribution they have made to global sea-level rise.”

The rate of ice loss from Greenland has varied from year to year, with the highest losses to date occurring in 2012 when summer temperatures hit unnerving peaks. However, 2015 may soon prove to be its worst ever year. A recent study has highlighted that a process known as Arctic Amplification was operating in full effect over Greenland last year, which describes an atmospheric warming accelerant unique to the northern realms of our planet.

When ice of any sort melts away in the Arctic, less incoming solar radiation is able to be reflected back into space, and more of it is absorbed by the nearby water. Water takes a long time to heat up, but when it does, it stores this heat for a considerably long time. Warmer waters means that more ice melts, which leads to even less reflected radiation, and so on. This cycle reinforces itself, and warming in the region continually speeds up.

In short, this means that the Arctic is warming faster than almost anywhere else on the planet, and we can see these effects in all their high-resolution glory thanks to CryoSat.

2016 isn’t looking much better for the area. The National Snow and Ice Data Center, a separate arbiter of the Arctic region, notes that March is the only month so far this year that has not set the record low for sea ice extent, although it was the second-lowest since records began. 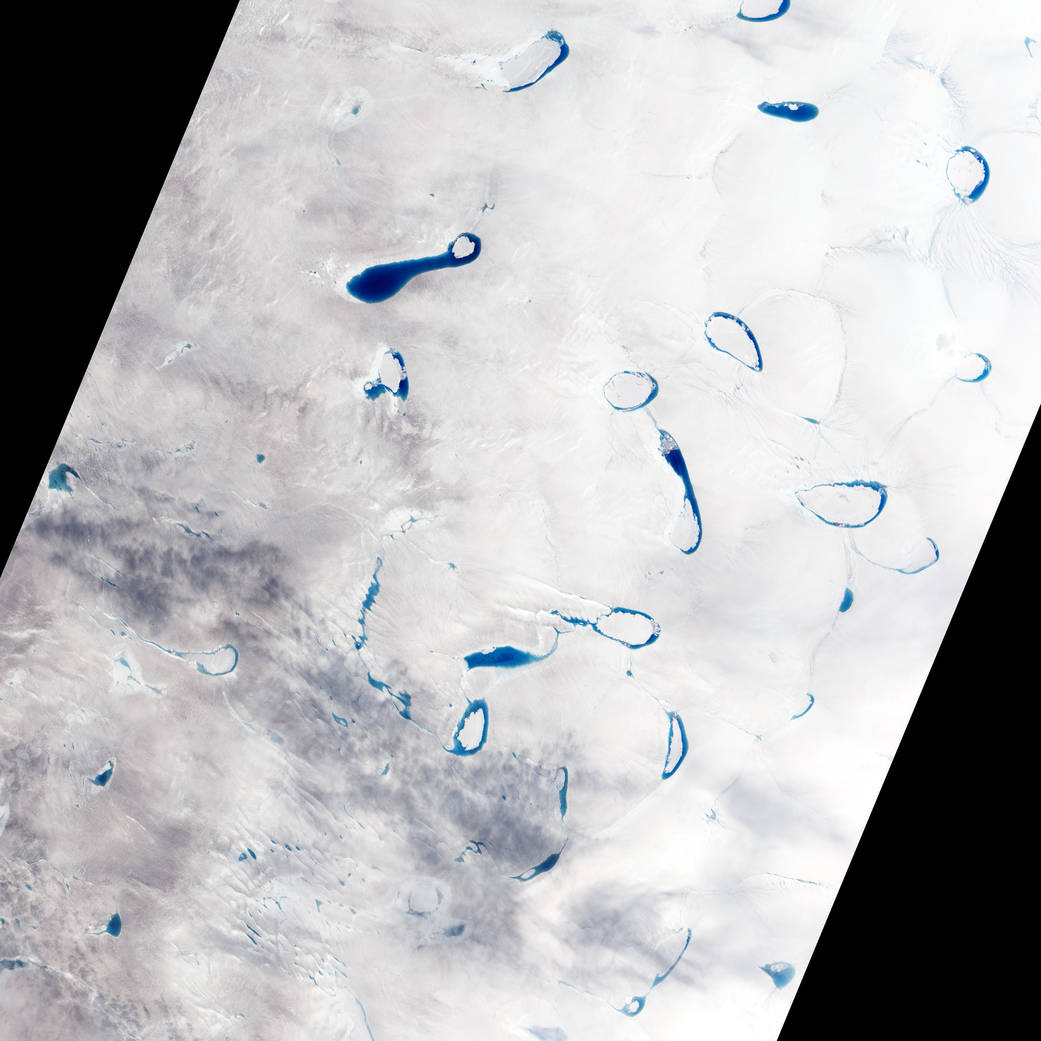