Around four millennia ago, the Xia dynasty – China’s first line of unbroken hereditary rulers – was born along the Yellow River, according to legendary texts. Save for some mysterious stone carvings and possible tombs, though, there’s very little archaeological evidence that convincingly shows that the Xia dynasty ever existed.

It is, however, immortalized in the tale of the Great Flood. This epic story describes how a huge natural disaster almost destroyed the region before a man named Yu stepped in to save the day. According to legend, an immense flood 4,000 years ago left a portion of China on the brink of ruin, but, supposedly, Yu managed to divert much of the floodwater away from major settlements.

Many have thought that this was nothing more than an elaborate work of fiction, but a striking new study published in Science reveals that the Great Flood was almost certainly a historical fact.

An international team of researchers were carefully mapping ancient sediments along the Yellow River when they stumbled across something shocking. The sedimentological records indicated that a powerful flood did indeed inundate the land thousands of years ago, and it would have certainly looked like the end of the world to anyone caught in its fury.

“This was one of the largest floods to have happened on Earth in the last 10,000 years,” study co-author Darryl Granger, professor in the department of earth atmospheric planetary sciences at Purdue University, said in a press conference.

The flood was likely to have destroyed settlements as far as 2,000 kilometers (1,240 miles) downstream. Using radiocarbon dating on a series of skeletons, ones belonging to people killed by the earthquake and then buried by the flood, they determined that it occurred in the year 1920 BCE, right at the time that written legends say the Xia dynasty came into being. 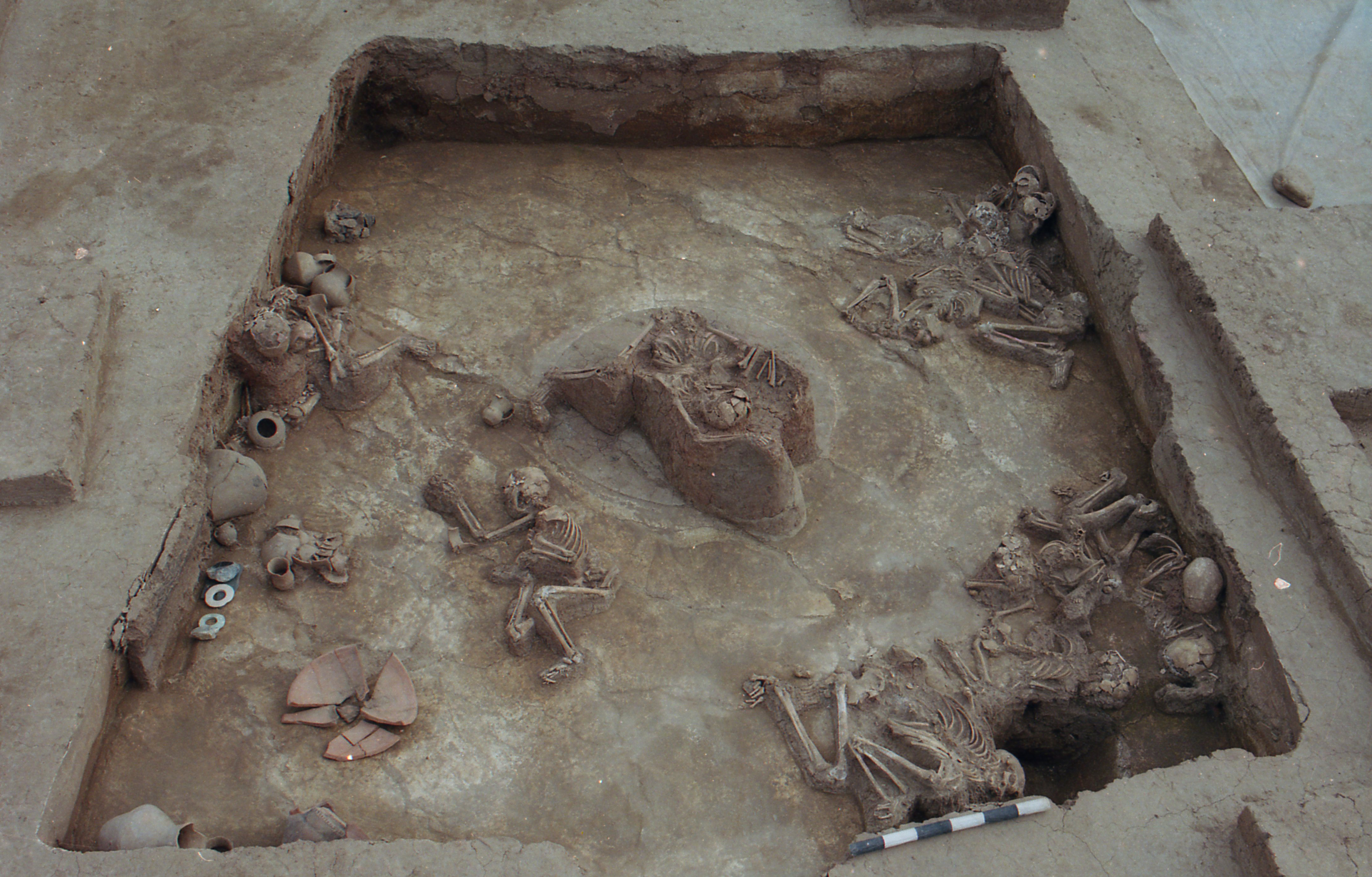 Some of the skeletons at the key Lajia archaeological site. Cai Linhai

Earlier that year, a powerful earthquake shook the region, and the team’s evidence shows that a huge landslide blocked the upper section of the Yellow River. This natural dam, roughly a third of the size of the Empire State Building, accumulated water over nine months, before catastrophically bursting.

This geological evidence matches up incredibly well with the story of the flood described in ancient apocryphal Chinese texts, which strongly suggests that the revered myth was true all along. So was the Xia dynasty, the nucleus of Chinese civilization, more fact than fiction as well? 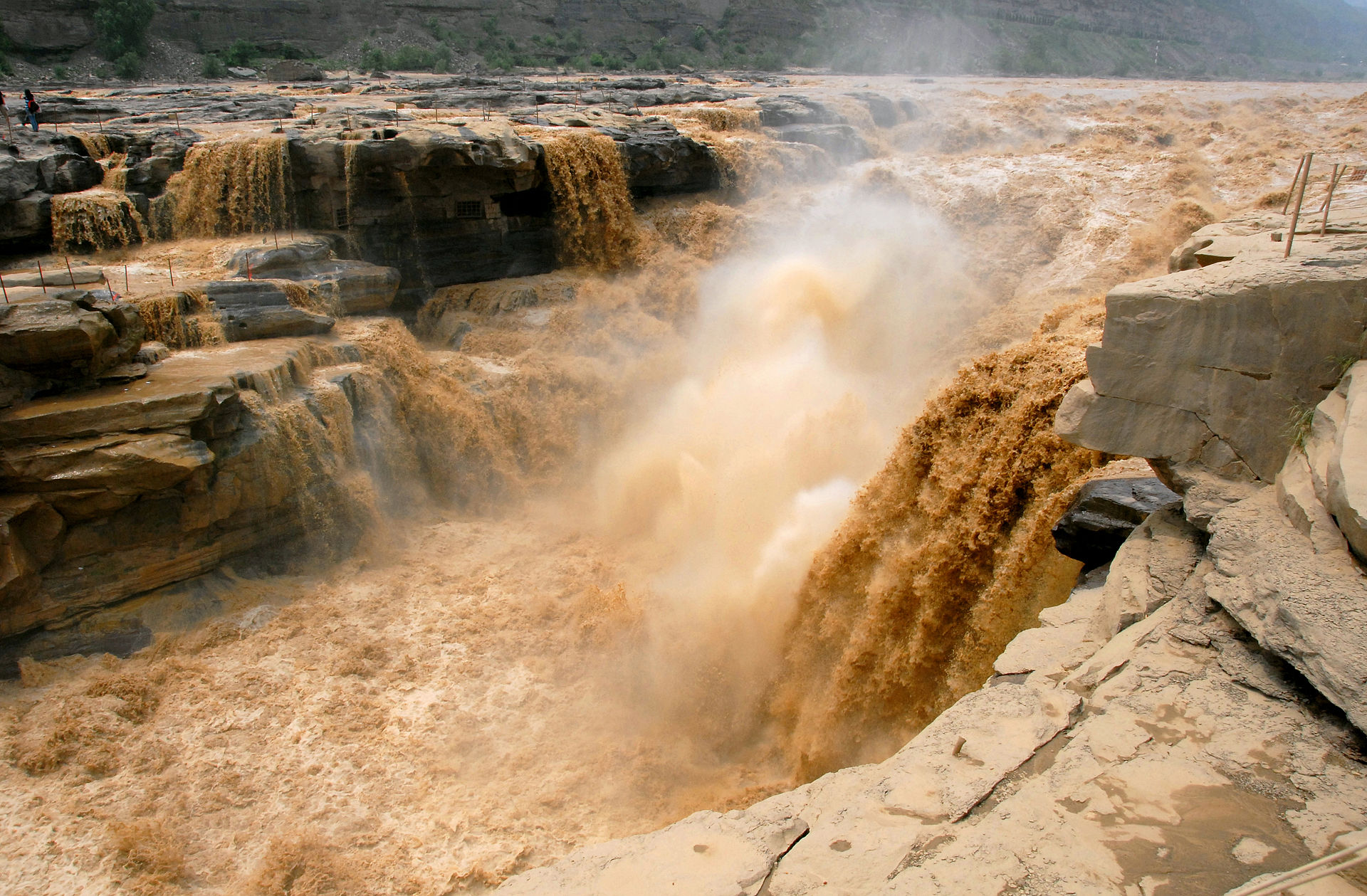 Once upon a time, there was an emperor by the name of Yao. During his reign over various tribal societies, an immense flood began, and none of his territory was spared. “Like endless boiling water, the flood is pouring forth destruction. Rising and ever rising, it threatens the very heavens,” he said, according to the Book of History, an ancient Chinese text.

A prince named Gun was assigned to protect them from the floodwaters, and he was said to have used a magical, self-expanding earthen barricade to block the incoming waters. Although this appeared to work, the barricades were eventually overwhelmed, and the emperor abdicated the throne in defeat.

Gun’s son, Yu, decided to step in to control the floodwaters. Taking a very different path, he opted to organize many hundreds of people to help him dig channels to divert, rather than block, the floodwaters. His efforts proved to be successful, and people were in awe.

“Yu created order from chaos. He separated a civilized Chinese center from its wild peripheries,” explained co-author David Cohen, assistant professor in the department of anthropology at National Taiwan University, in the press conference. “This earned him the divine mandate to found the first dynasty.”

During the possible reign of Yu, archaeological evidence shows that the Bronze Age began, and settlements grew to be 10 times the size they were during the Neolithic. Out of all-encompassing destruction, Yu focused the minds of many to produce a highly organized civilization. The Great Flood certainly seems to have happened, so did Yu really exist and save China from a giant watery apocalypse? “The correlation of the dates is quite interesting, but even if the flood happened, the Xia dynasty could not be definitively proven to exist – not just yet,” Cohen noted. In sum, more archaeological evidence is required.

Perhaps not coincidentally, there is plenty of archaeological evidence for the enigmatic Erlitou culture, which researchers agree dominated the region during the early Bronze Age. There’s no direct evidence that they were the Xia dynasty, but their emergence in the archaeological records coincides perfectly with the appearance of the Great Flood. It stands to reason, then, this culture was the Xia dynasty all along.

This truly remarkable study has brought the past to life like few others. By providing strong evidence that the founding myth of the first Chinese civilization wasn’t a myth at all, it will no doubt inspire many to attempt to uncover additional evidence of the mysterious Xia dynasty.

However, at present, it's uncertain as to whether or not Yu the Great really ruled the land – for now, he will remain the stuff of legends. 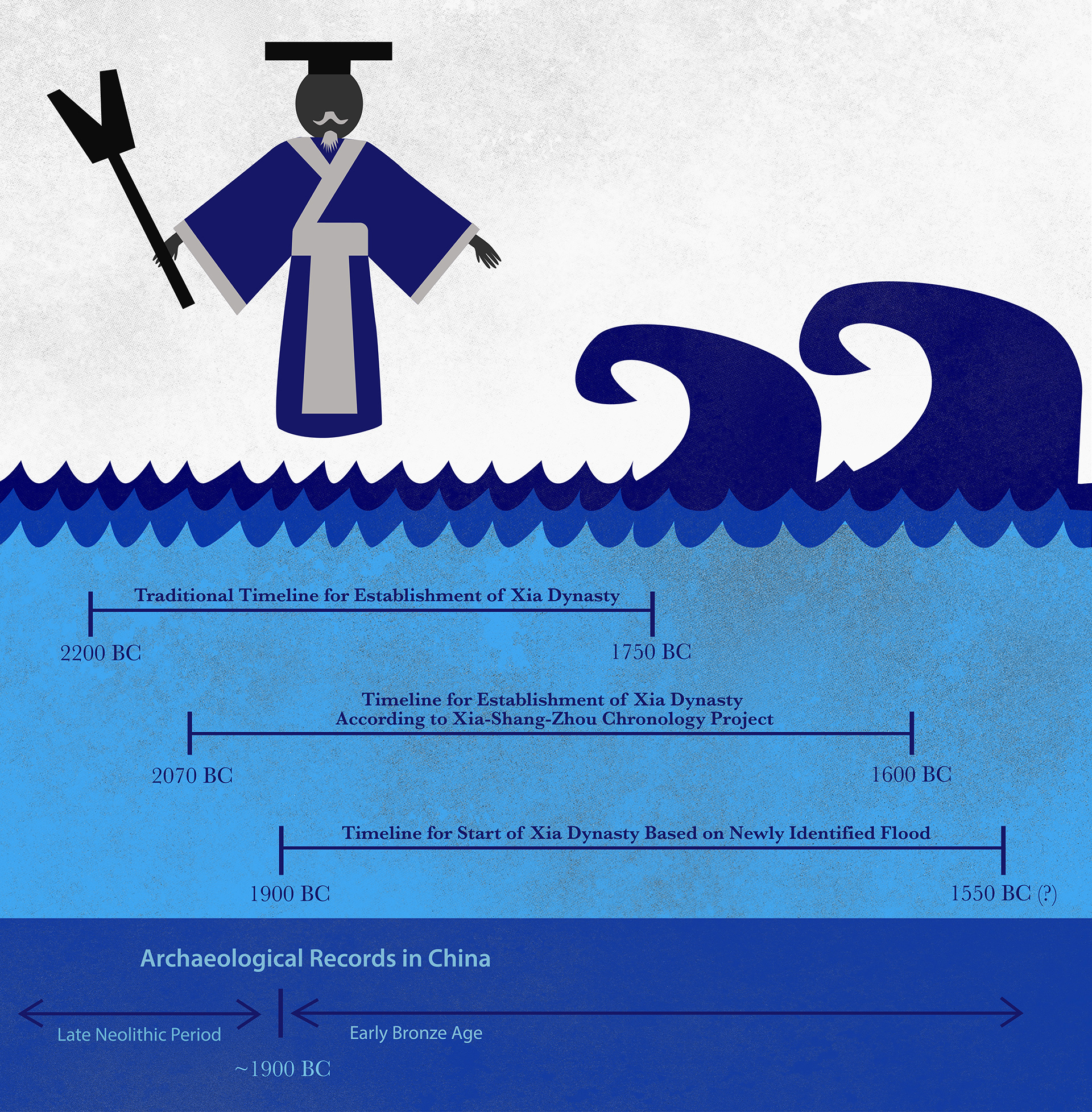 The Great Flood fits perfectly within the estimated timeline of the Xia dynasty. Carla Schaffer/AAAS

"Biblical" Swarms Of Cannibalistic Mormon Crickets Cause Havoc In Oregon

"Jumping Genes" Are Present In Both Octopus And Human Brains, And May Have A Surprising Function
animals