Please, if you’re blowing up the side of a mountain or part of a quarry, double check you haven’t got any dinosaurs laying around. Fossils are rather wonderful, fragile things, and they won’t stand up too well against the awesome power of dynamite.

Such an unfortunate fate almost took hold of a newly discovered dinosaur found buried beneath a Chinese construction site. Although parts of the 72-million-year-old fossil were in fact blasted to kingdom come, the workers decided that it probably wasn’t a good idea to continue without contacting some paleontologists.

That they did. As a rather splendid study in the journal Scientific Reports describes, the new creature represents one of the last flurries of evolution for the dinosaurs before almost all of them were wiped out by an asteroid, a lot of fiery volcanism, and the rise of mammals.

It’s been named Tongtianlong limosus, which means “muddy dragon on the road to heaven”. It was found preserved in ancient mud, with its limbs splayed and its winged forearms spread out across the ground. It would have had a snubbed, toothless, beak-like mouth, a small head crest, and a parrot-like skull. It was roughly the size of a sheep, and likely had an omnivorous diet.

“It's part of a group of very advanced bird-like, feathered dinosaurs called oviraptorosaurs,” Dr Stephen Brusatte, a paleontologist at the University of Edinburgh, told BBC News.

The fossil in all its wonky glory. Lu et al./Scientific Reports

The oviraptorosaurs first emerged during the Cretaceous Period, the twilight chapter in the age of the dinosaurs. They ranged greatly in habitat, diet and size, with some being roughly proportional to a turkey, and others – like the appropriately-named Gigantoraptor, which was 8 meters (26 feet) long and weighed around 1.3 tonnes (1.4 tons).

They belonged to the overarching group Maniraptora, which gave rise to both flying dinosaurs and their contemporary descendants, birds.

“Modern birds came from dinosaurs,” Brusatte said, “and it’s dinosaurs like Tongtianlong that give us a glimpse of what the ancestors of modern birds would have looked like.”

Living alongside some increasingly diverse pterosaurs and primitive mammal-like critters, these bird-like beasts with their colorful plumage and varying ability to glide were a preview of the dinosaurs that would survive the incoming global catastrophe – one that would kill off up to 75 percent of life on Earth.

A recent study documented that dinosaurs were in decline for about 50 million years before the asteroid hit. The number of new species appearing on the world stage was being gradually eclipsed by the number that were becoming extinct, and some have argued that they were destined to die even before the giant space rock finished them off.

However, the complex mixture of physical characteristics displayed by T. limosus reveals that, at least in some pockets of the world, dinosaurian lineages were continuing to flourish and diversify at breakneck speed. This so-called Muddy Dragon, then, represented one of the very last examples of dinosaur evolution before they were wiped off the face of the Earth.

It’s lucky that dinosaurs appeared to be fairly clumsy. This one probably died by tripping over and falling into some mud, which preserved it rather spectacularly.

Another dinosaur – an Iguanodon – fell into an acidic swamp millions of years earlier, which resulted in its brain being pickled and conserved long enough for researchers to stumble across it. Thanks to this series of unfortunate events back in the Cretaceous, the world now has its first fossilized dinosaur brain. 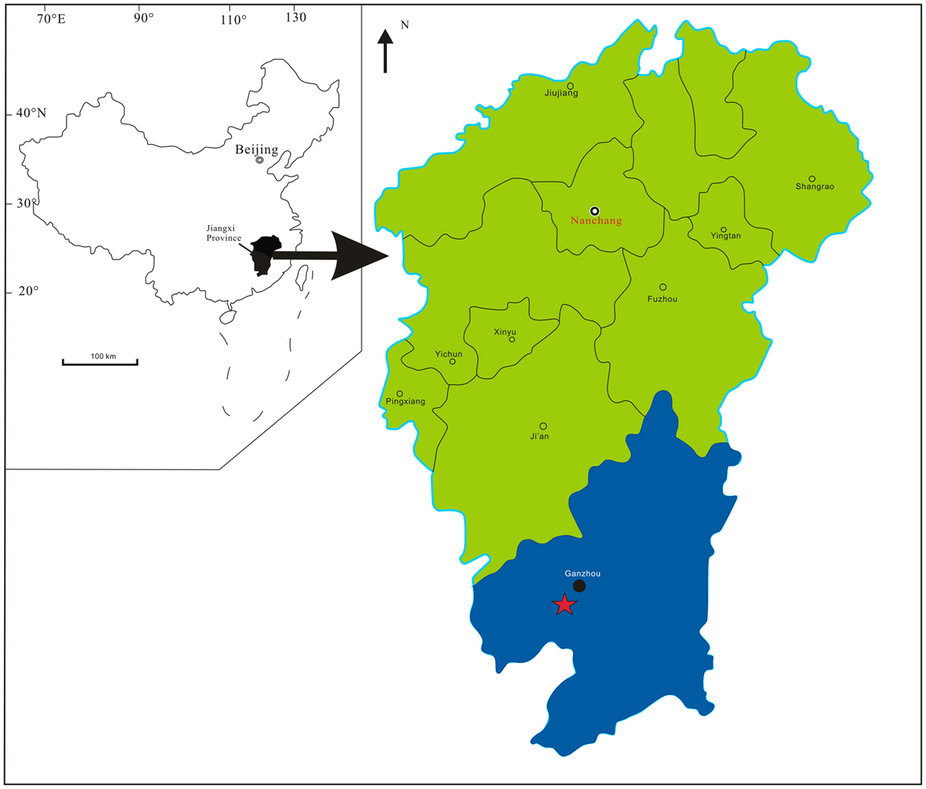 The location of the fossil site. Lu et al./Scientific Reports