Around 500 million years go, life wasn’t the prettiest of things. Nevertheless, aside from looking like a reject from the Pokemon universe, this little beast is proving to be a fascinating find for biologists studying how some modern marine ecosystems came to be.

This newly discovered species of lobopodian, dubbed Ovatiovermis cribratus, was found among the Burgess Shale of the Canadian Rocky Mountains. It’s recently been described in the open-access journal BMC Evolutionary Biology. You can see an image of a second known fossil of this species at the bottom of the page.

The animation (below) might look like the prehistoric creature is performing some overdramatic interpretative dance, but the researchers believe the underwater oddity actually moved like this to filter water with its hairy limbs and bring food to its mouth, all while being anchored to a hard surface with its other limbs.

Researchers already know a fair amount about lobopodians. However, little is known about their ecology and behavior. This discovery could help explain the development of how some current-day sea dwellers eat.

"We think that suspension feeding was common among lobopodians and turned out to be important in the initial evolutionary 'burst' of that colossal group of organisms that gave rise to water bears, velvet worms, and arthropods,” co-author Cédric Aria, a doctoral candidate from the Department of Ecology & Evolutionary Biology at the University of Toronto, explained in a statement. “Interestingly, today, skeleton shrimps (Caprellidae), which are arthropods and thus much more complex living relatives of the lobopodians, have adopted a very similar lifestyle, and you can see them waving in the drifting water possibly much like Ovatiovermis used to."

This suggests suspension feeding might have been a common behavior in the Cambrian period and perhaps played a role in the rapid diversification of early animals.

Dr Jean-Bernard Caron, senior curator of invertebrate paleontology at Royal Ontario Museum, added: "Contrary to its relatives, this species does not have any spines or plates on its body for protection. Its 'naked' state begs the question of how it was able to guard against predators." 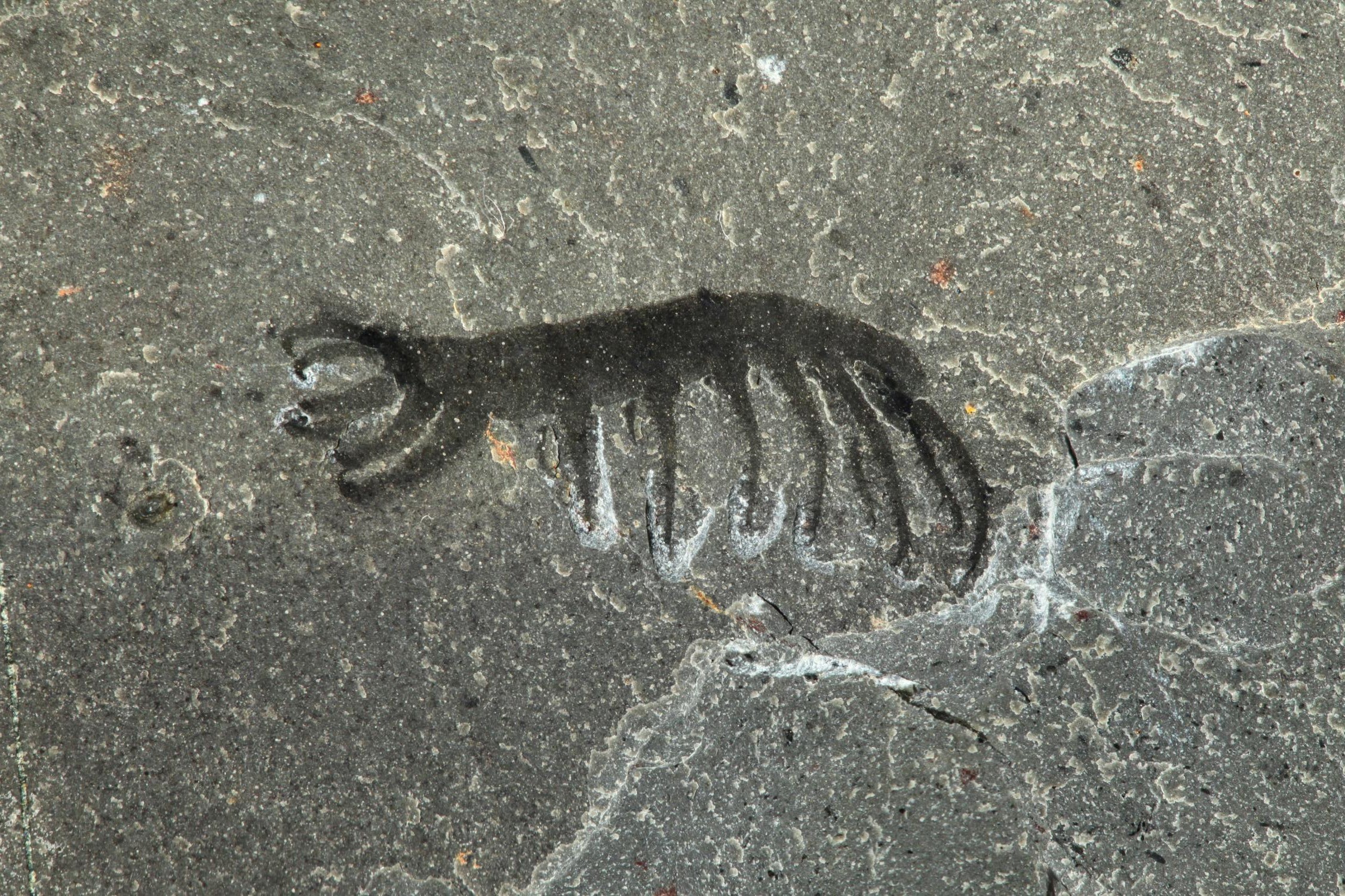